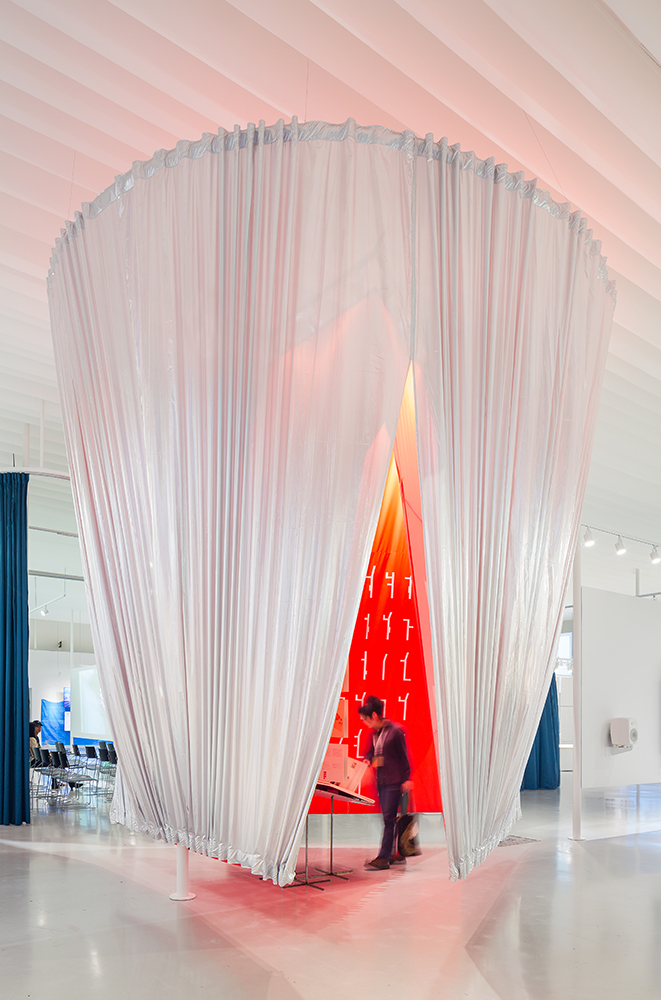 The presence of amid.cero9 in the SBAU 2019 consisted on one investigation, one installation, and one project carried out as a conclusion of continued research. The three bodies of work orbited around the idea of A Civilization Without Homes, a concept enunciated for the first time by Allan Collhoun at the beginning of the XIXth century. Collhoun was referring to the complete reconceptualization of domestic space, starting from the rethinking of seemingly immovable principles, such as its permanence, its relationship with time, and its associations with rest and intimacy.
That house that does not exist yet, because it is intimately linked to conditions of our time, and that questions the assumptions most intrinsically linked to the domestic, has been the object of our work for the SBAU 2019. The research section focuses on the study of a relatively new typology: Korean saunas or jjimjilbangs, that, despite the total absence of built examples with a certain architectural quality, have always fascinated us because of their extraordinary combination of strangeness and familiarity. In this type we find a panoply of spaces that could be familiar, because they connect the different ways in which the typology of public baths or saunas have evolved in different cultures. But, because of the ways in which these spaces are organized and, more notably, the ways in which they facilitate activities of private natures in public settings, it could be said that they correspond to another time or to another place.
On the other hand, amid.cero9 projects included in the book related to alternatives to domestic space are presented in a synthesized version, which allows for the understanding of the office’s concerns about producing alternatives to conventional domestic space. From the hOH in 2002, the Aegean Paradise, and Nocturnalia, to the most recent proposal developed for this Biennial, Peckham House located in South London. Each of these projects arise from different ideas that try to produce alternatives to domestic space as we know it. Perhaps the most pragmatic proposal, Peckham House is an organizational prototype for a communal house that takes the jjimjilbang as a possible model of living, and in which collective rest and dispossession are practiced as a way of life. Here, our daily activities occupy an organization of spaces that are conceived as tools for climatic comfort oriented around the presence of wood materialized in just a structure.
Finally, The Chapel of Collective Sleep is a hanging silver room with an inner red space where all this work is presented. It materializes, in a slightly bigger scale, the protective pallium that climatically used to protect the intimacy of the sleep and separate the bed of the space around. This hanging room is a circular protective silver drape open in three points by pleating and compressing the fabric into a triangle in its base. It is connected to an internal vertical truncated and pyramidal space that hosts, in a totally red saturated space, the materials of the research as well as big format drawings printed on the fabric that defines the chapel. 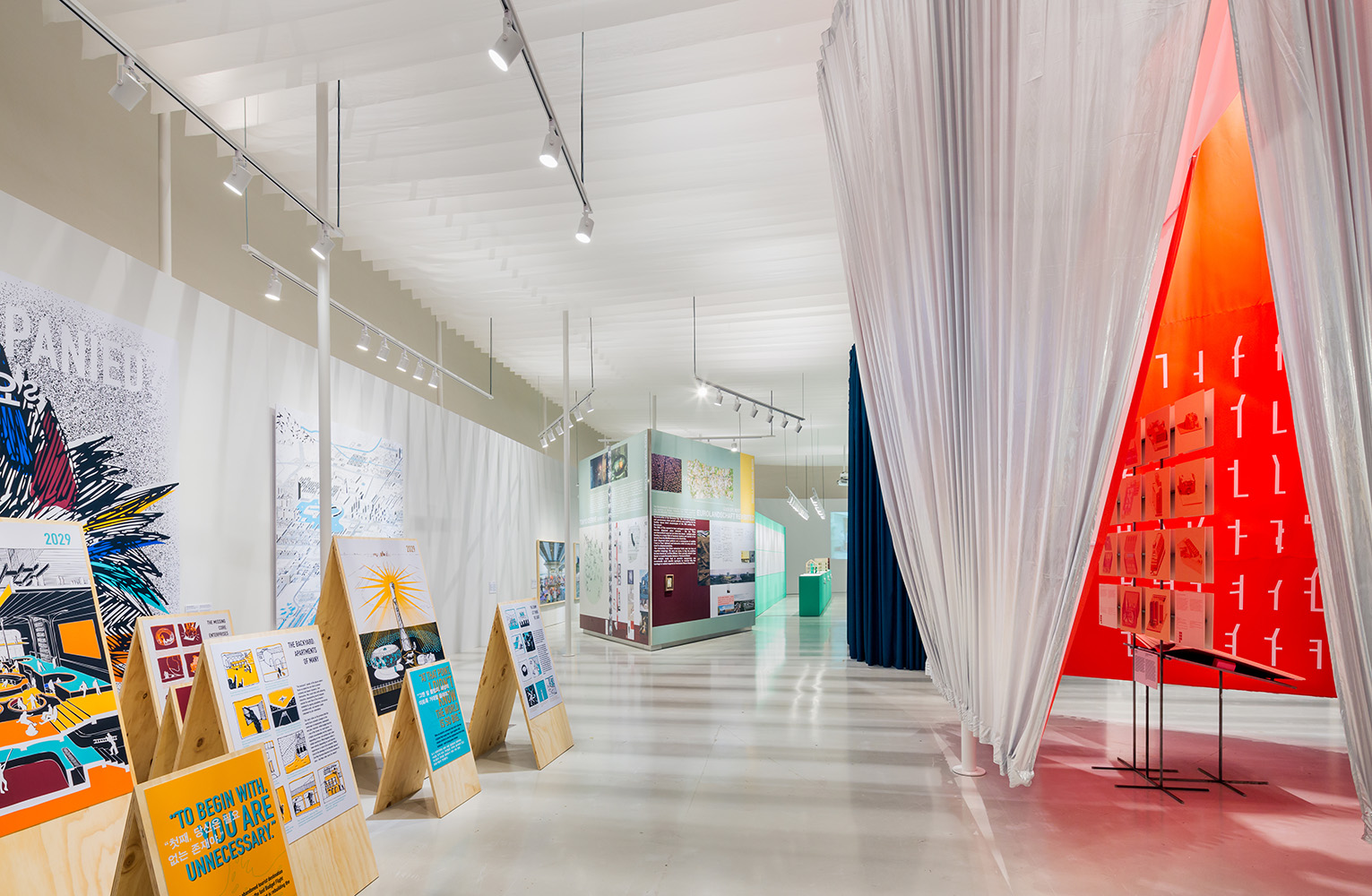 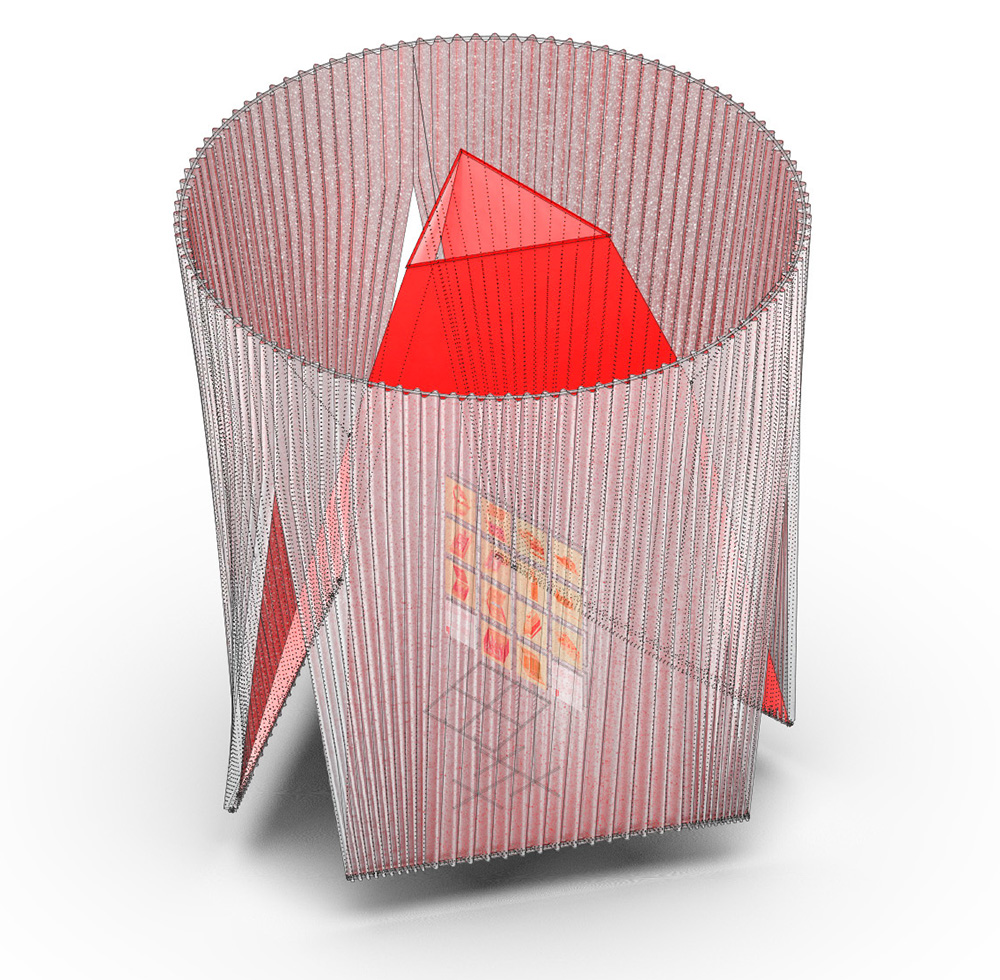 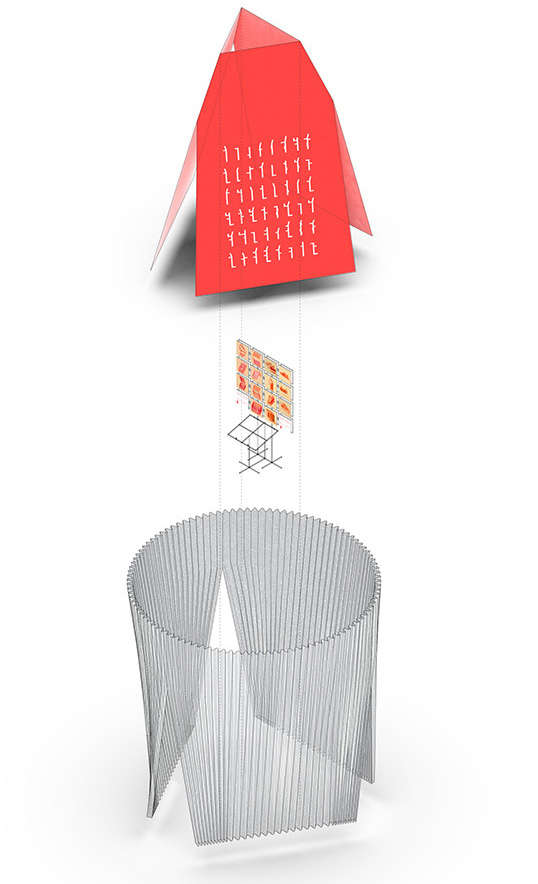 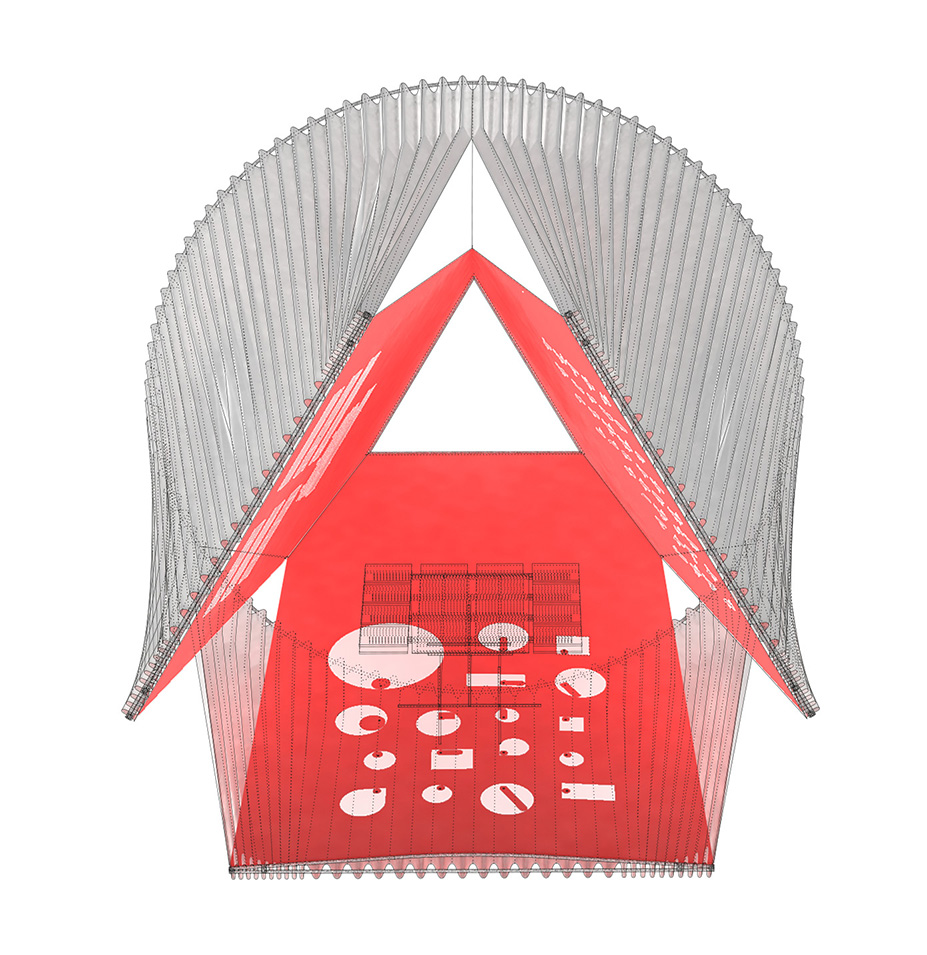 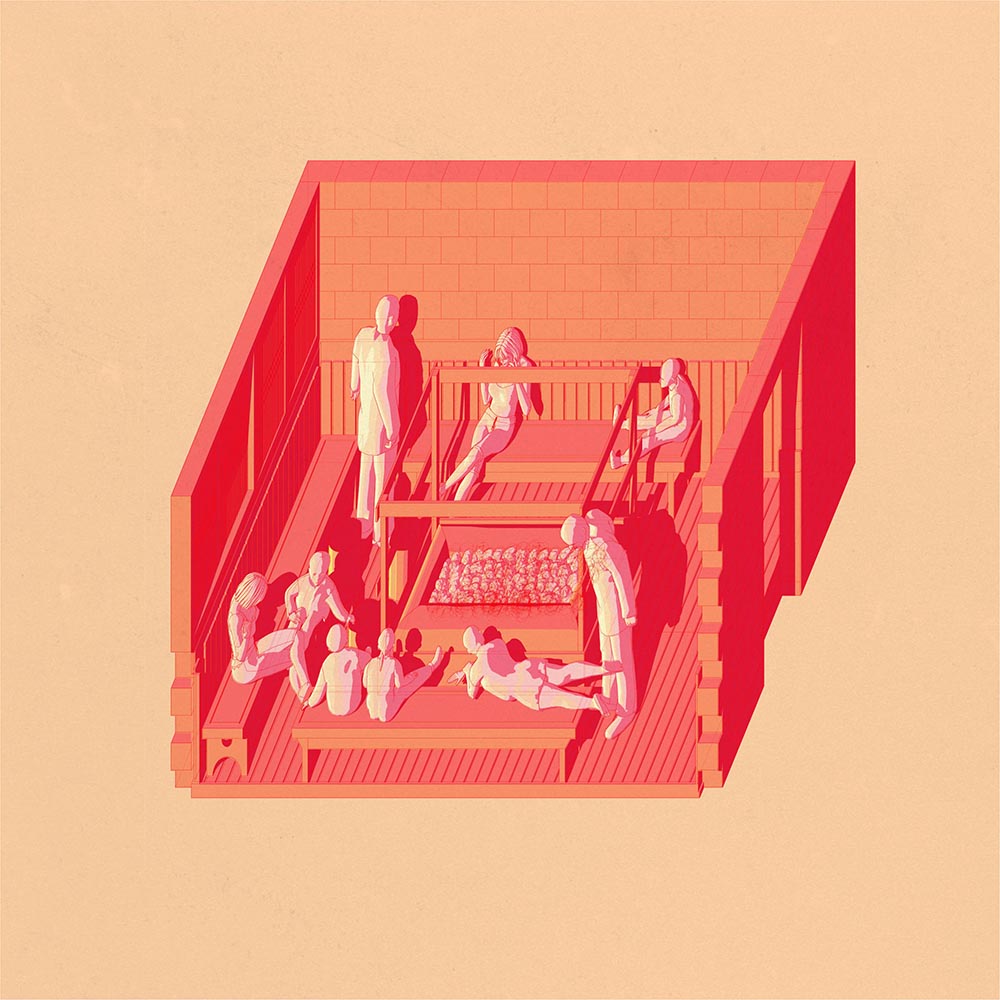