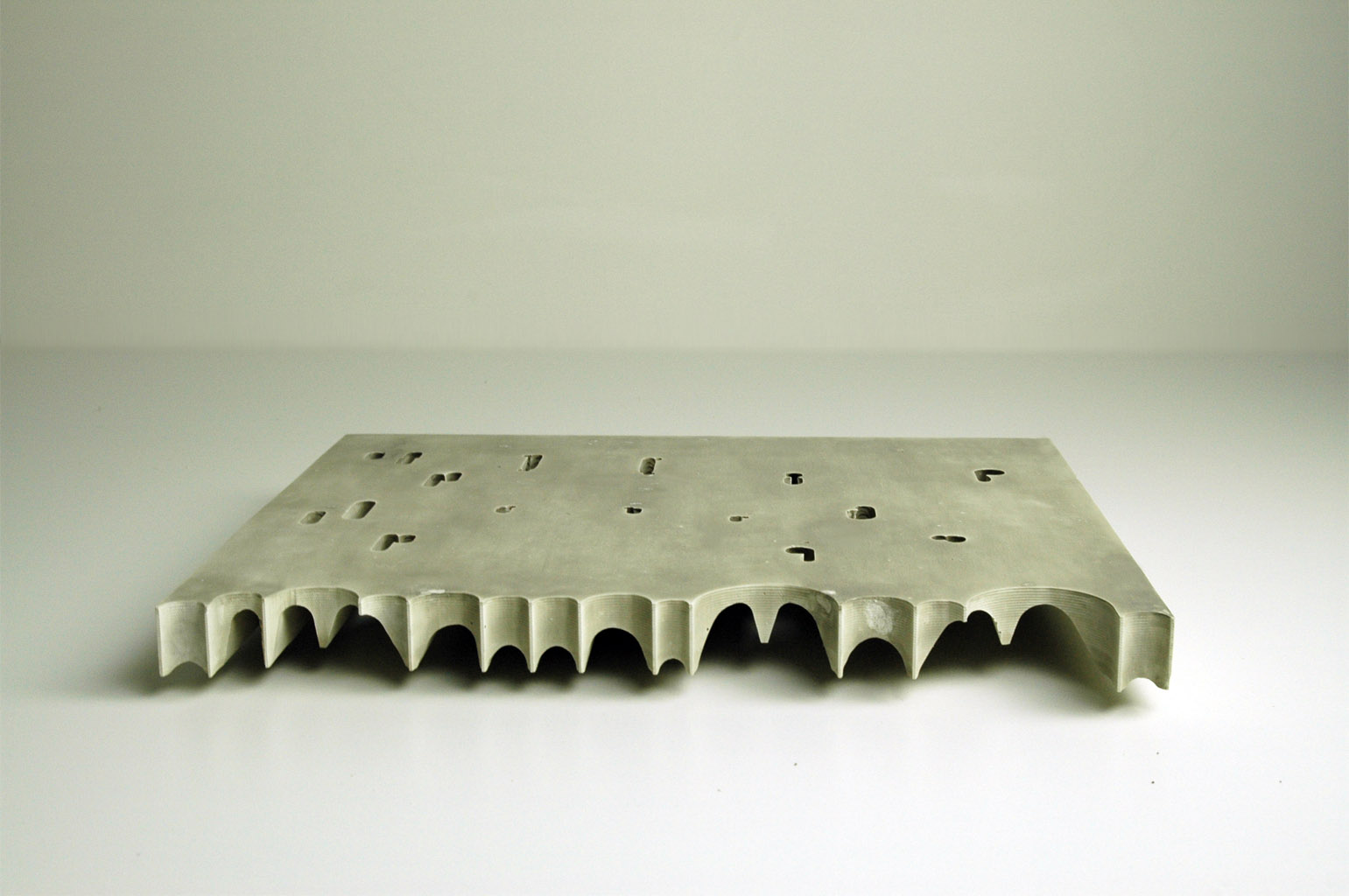 This Visitor Reception Centre sits on a slope running off the mesa that holds the ruins of Clunia Sulpicia, a Roman administrative capital abandoned since the 3rd century AD. This gateway to the site is close to the symbolic gateway to the Roman city, a huge theatre overlooking the flat Castilian landscape. We want to construct with almost no presence, without adding anything, using the appropriate scale, strength and clarity for a relationship with the landscape and the excavations. For this purpose we propose a simple, specific strategy defined by three tectonic and perceptive actions. The first one involves the construction of a thick horizontal slab rising slightly off the ground to contain a set of parallel vaulted rooms with a planted roof. This slab floats above a large excavated vessel that defines the level protected by vaulted retaining walls, which in turn support the roof beams. In the third action, we empty a large entrance space that directs the visitor's gaze out towards the landscape, crossing the rooms from one side to the other like a visual cone, materialized in a concrete slab that supports the laminated beams inside.
The reduction of the building's perceived height to its three metre edge converts it into a silent, abstract line on the town's hillside that does not compete with the presence or scale of the Roman theatre. From the entrance, subtle gestures announce its nature as a threshold to the city: the abstract monumentality of its lateral walls, the slit that widens as it is crossed to become an open, roofed entrance threshold, and the shadow defined beneath the slab as it rises from the ground, readying visitors for their entrance to the city. From above, the planted roof blends into the hillside, simply an extension of the surrounding landscape. It is only distinguished by the circular courtyards defined by the retaining walls and the slightly raised roof level, perhaps resembling an archaeological excavation of a partly-buried building.
The building is perforated by the path that traverses it on the way to the theatre, turning into an outdoor space covered by a gilded dome that is interrupted as it reaches the ground to permit a panoramic view of the landscape. From the entrance slit, the visor widens gradually towards the west, projected towards the site of the original settlement, Clunico. The material continuity of this large visual cone is only interrupted at the intersection of the two vaults above the entrance foyer, which announces the set of rooms inside the Centre. The roofing for these rooms is defined by a set of vaulted reinforced concrete beams in varying widths, which work like large-span girders, reducing the number of support points to a minimum. They define a set of parallel rooms of different sizes which can be joined to generate large floor spaces occupying almost the entire building. The building is thus little more than an excavation and containment of the hillside and the roof structure, drawing a powerful abstract line in this dry, rugged landscape. 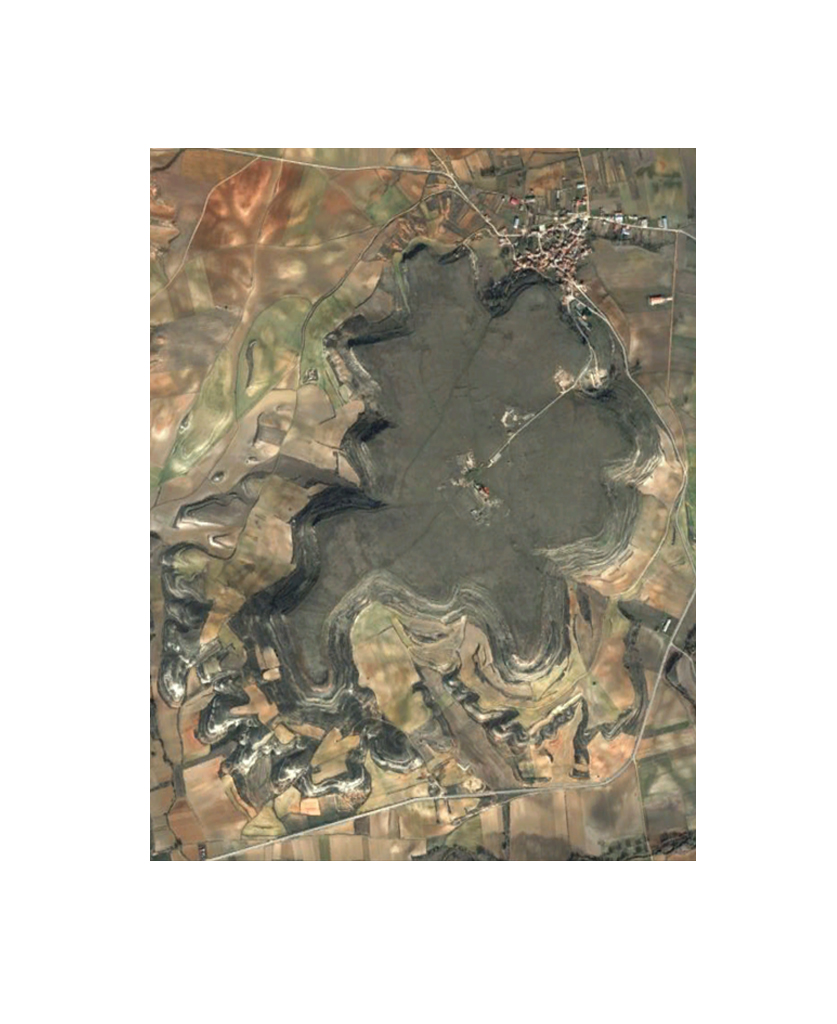 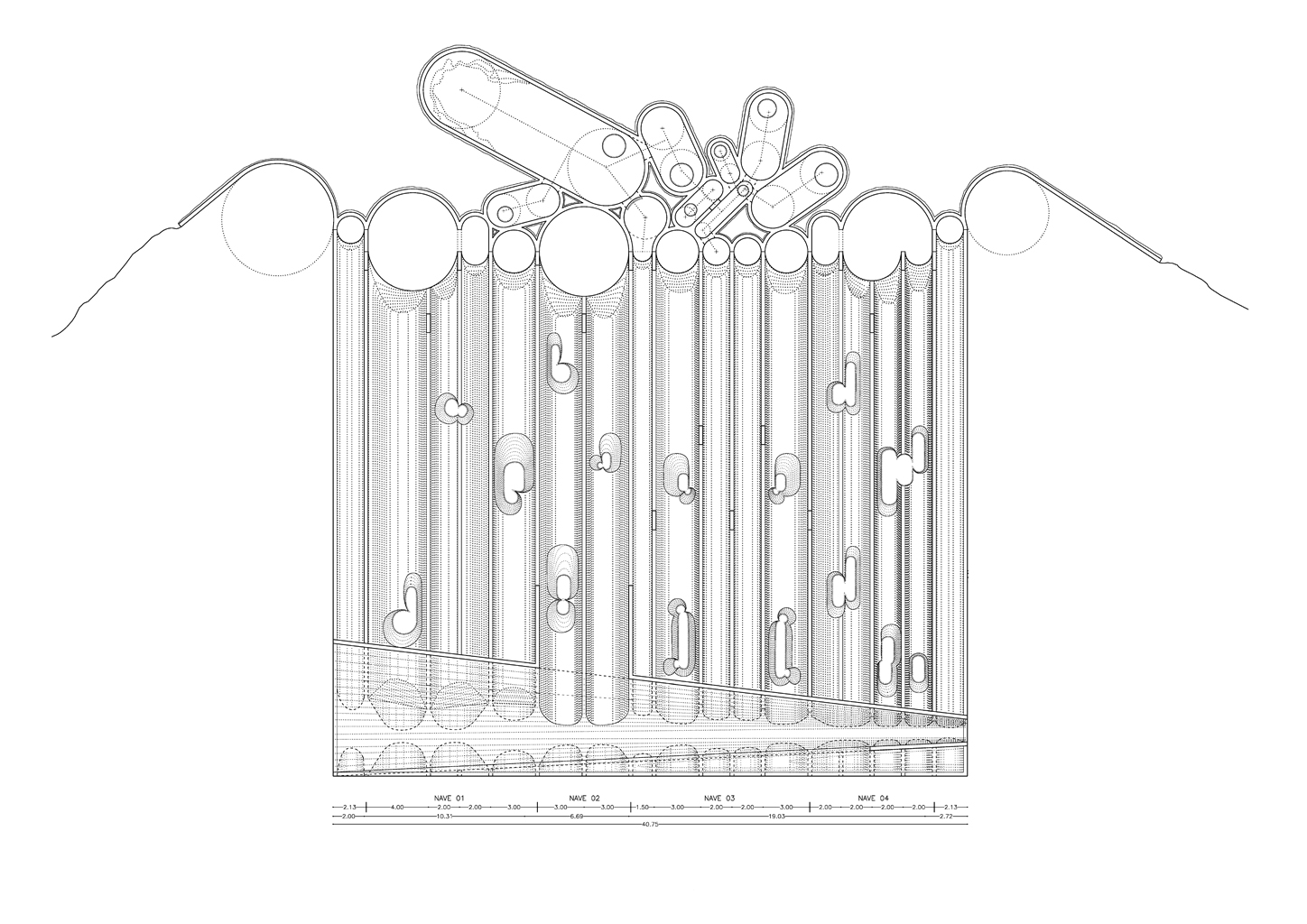 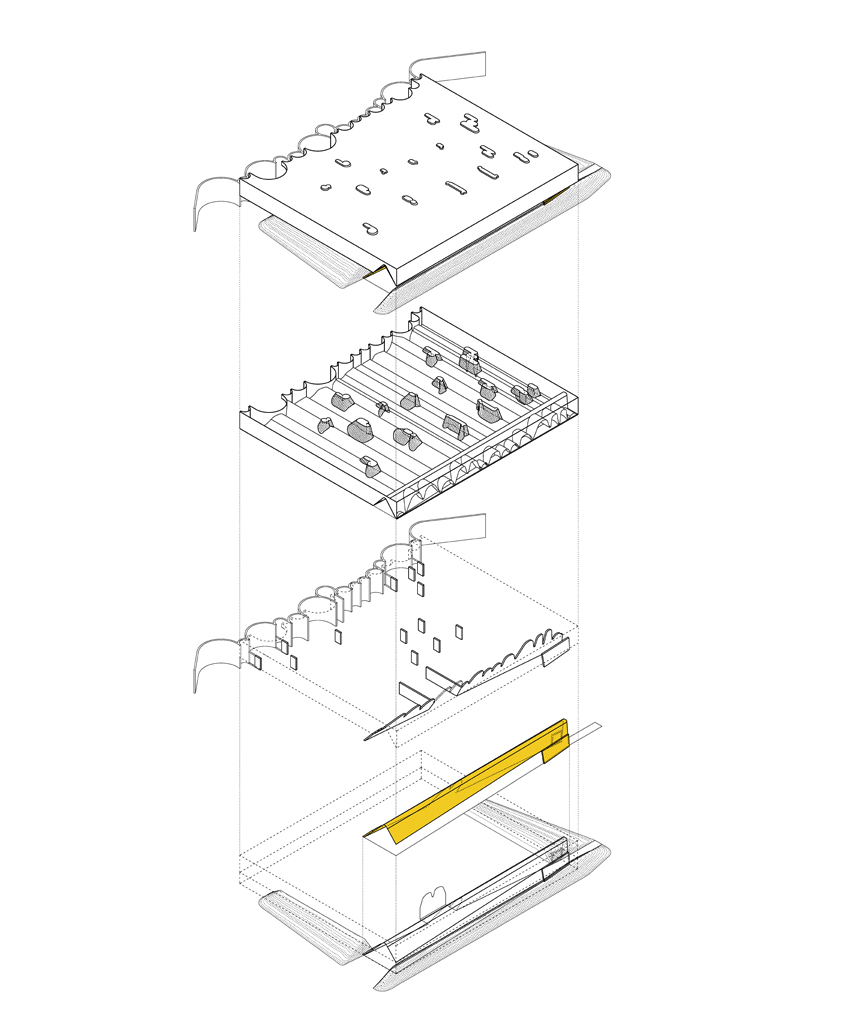 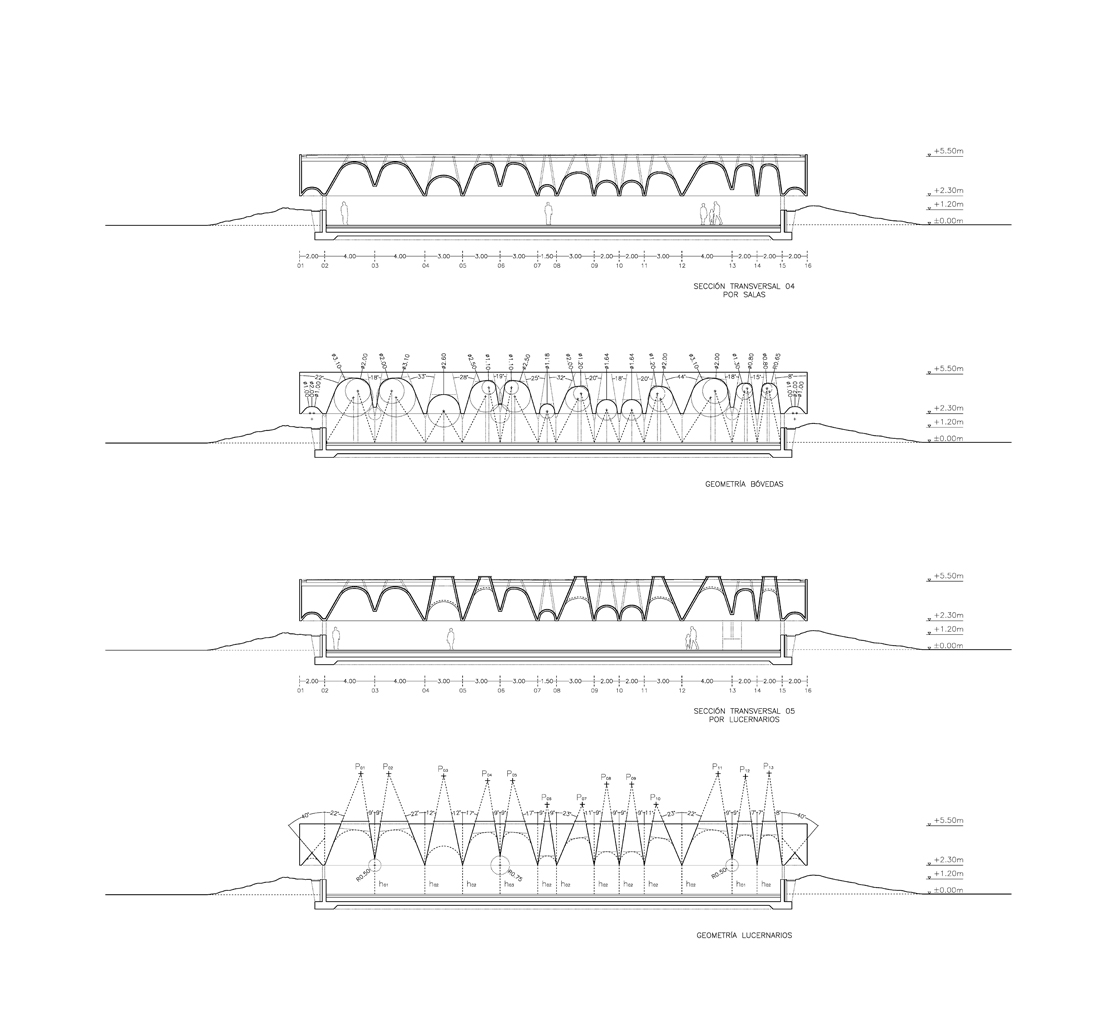 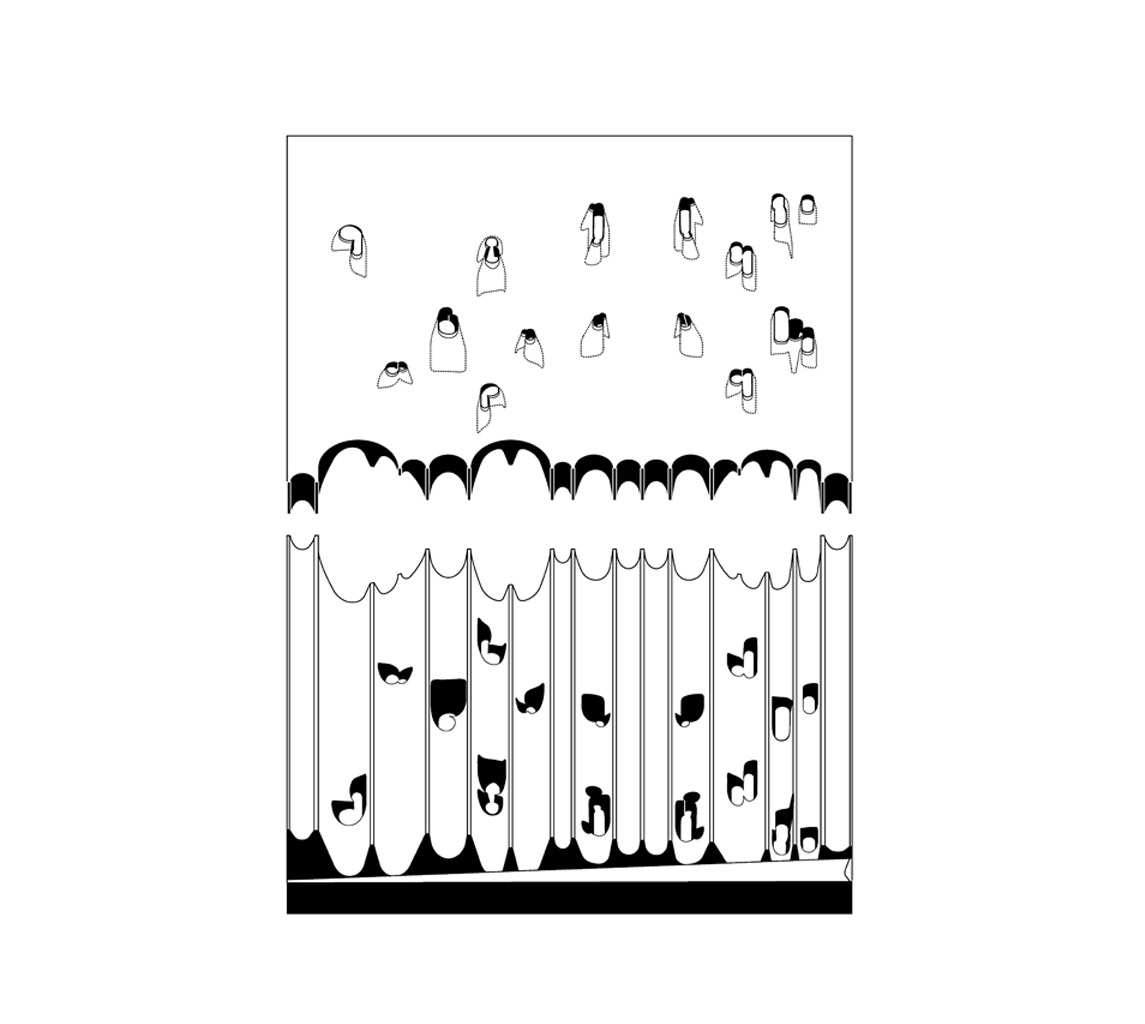 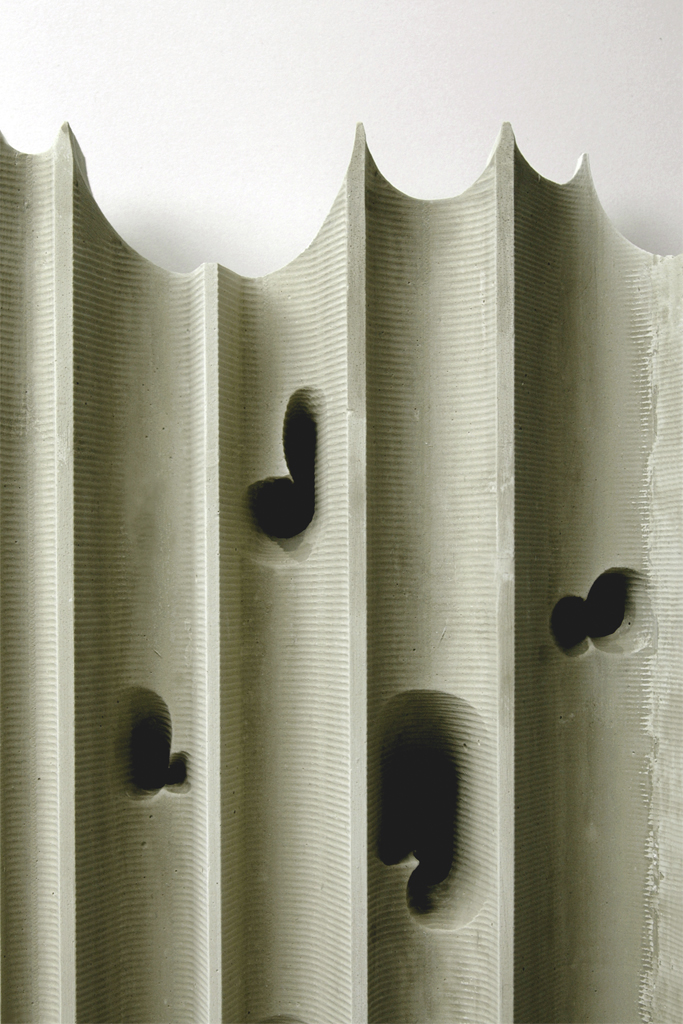 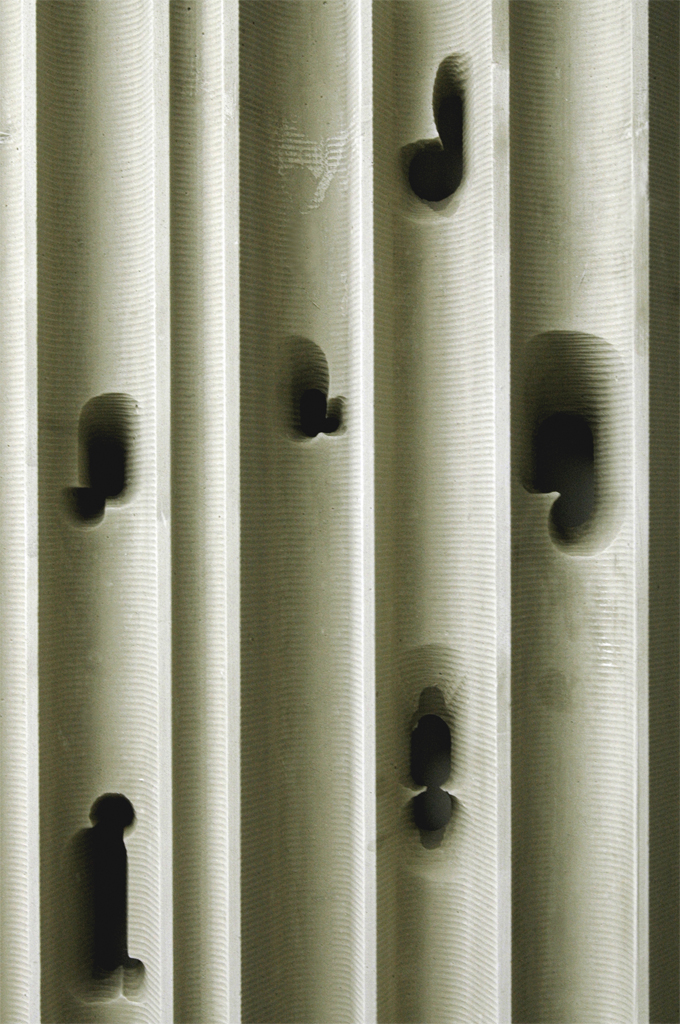 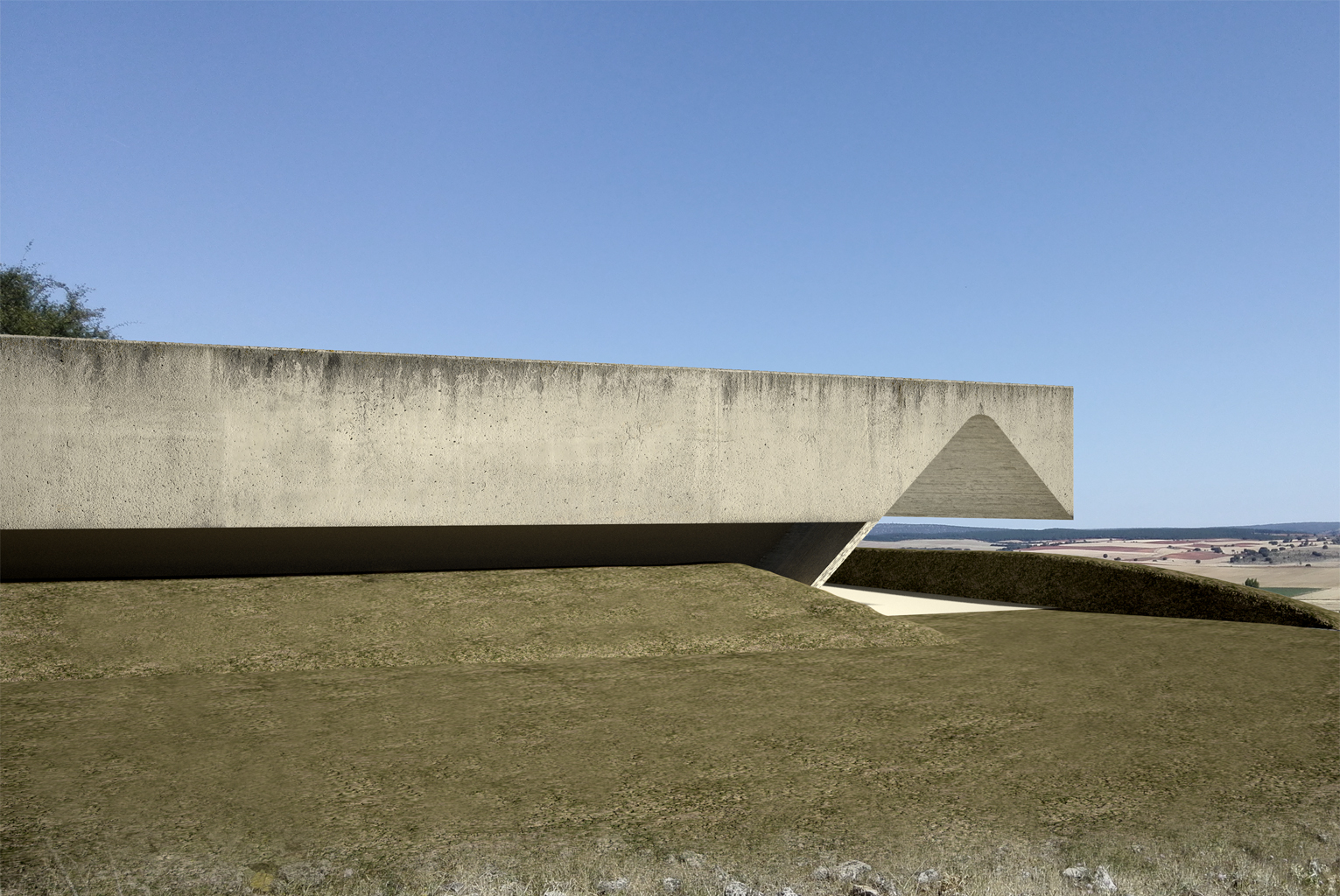