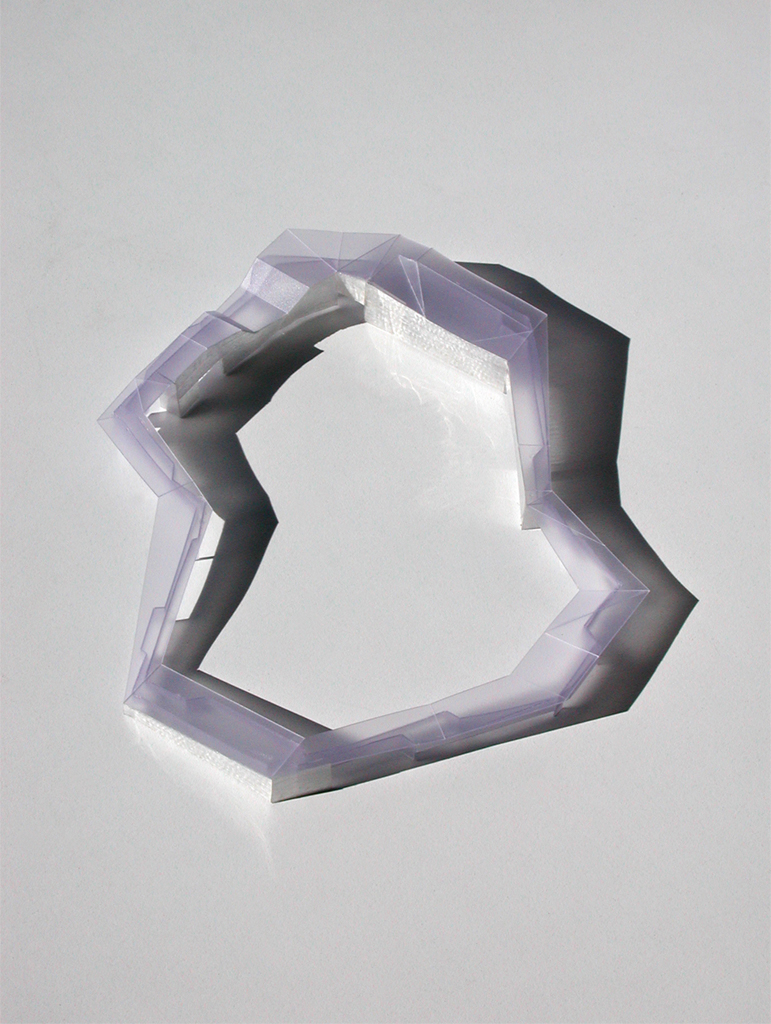 The municipality of Berriozar wanted a new public space and town hall, including a series of heterogeneous and incompatible programmes. Instead of proposing a conventional institutional building presiding over a square, or a building set elegantly on a plan with merely superficial decorative qualities, we tried to produce a square/town hall that makes transparent the political decision-making process and integrates it into more festive activities. The project is a hybrid, then, of a public building and an open space for Berriozar.
The programmes are installed under a ring-shaped metal roof that provides shelter from the frequent rain and harsh summer sun. The ring, a modern version of the covered public spaces of northern Spain,creates an open space in its centre as a mosaic of staggered sloped surfaces. Beneath the cover, the completely different programmes are arranged according to a rigorous logic, with attention to three aspects: their degree of compatibility (time and targeted users), the conditions around the site (itineraries around the square and surrounding buildings) and the public nature of municipal services. This gives rise to five segregated elements that are joined under one cover to form a single 295m-long building.
The different routes of people around the square define the building’s footprint. And the building itself is defined as a single three-dimensional piece with a continuous section that bridges the preferred crossing points inside the square and rises off the ground at certain points.
The cladding of this continuous and at the same time fragmented piece is conceived as a mask of slender enamelled ceramic tubes, protected by a cloud of protective enamelled battens that run in different directions, shielding the rooms behind from solar radiation and emphasising the representative aspects of the town hall (mayor’s room, balcony, plenary chamber). 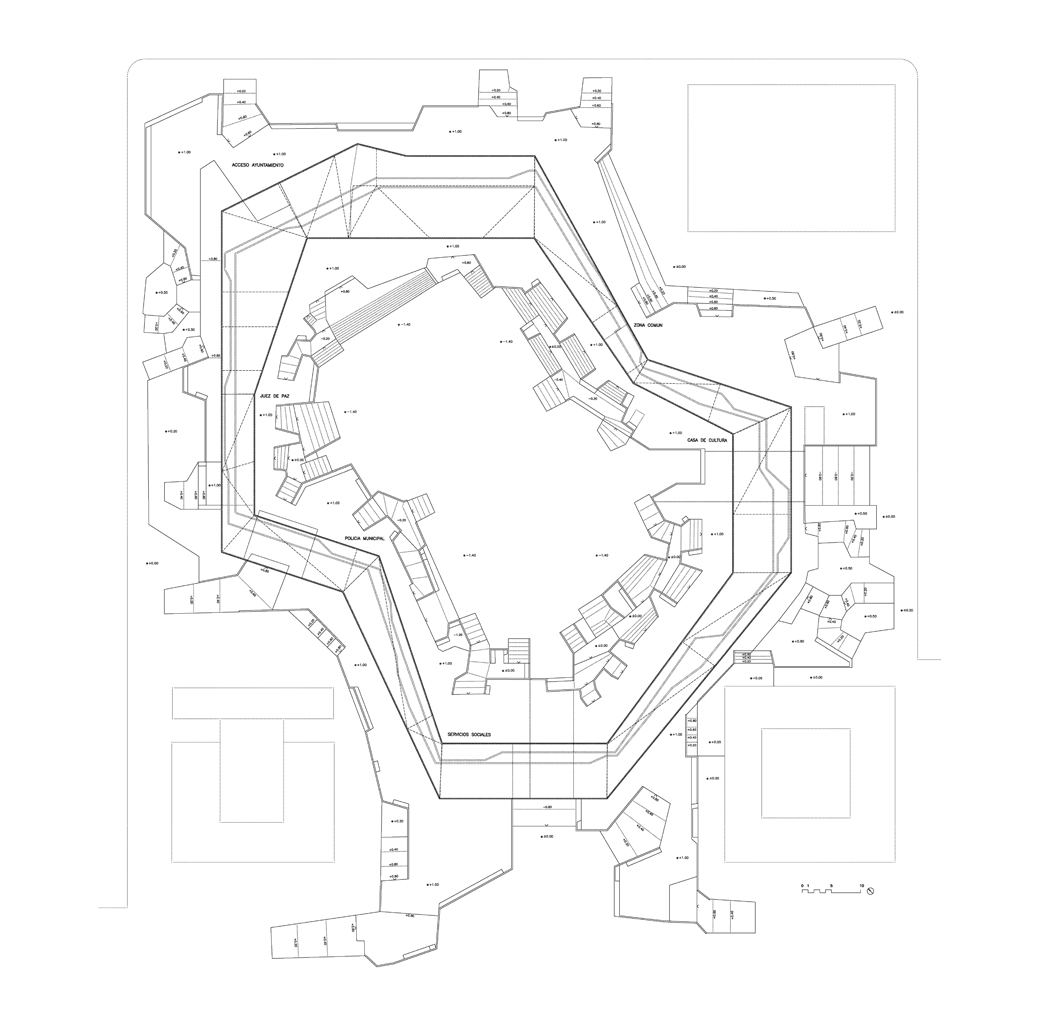 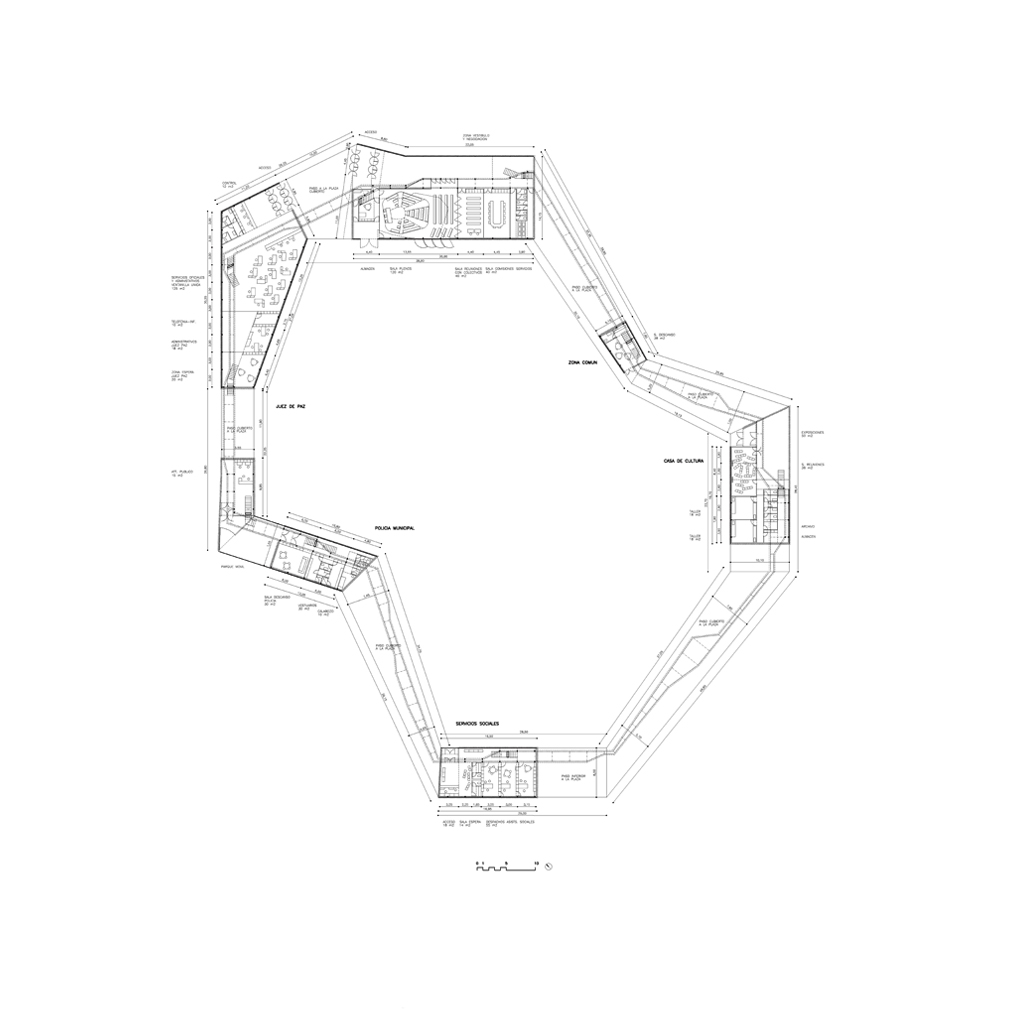 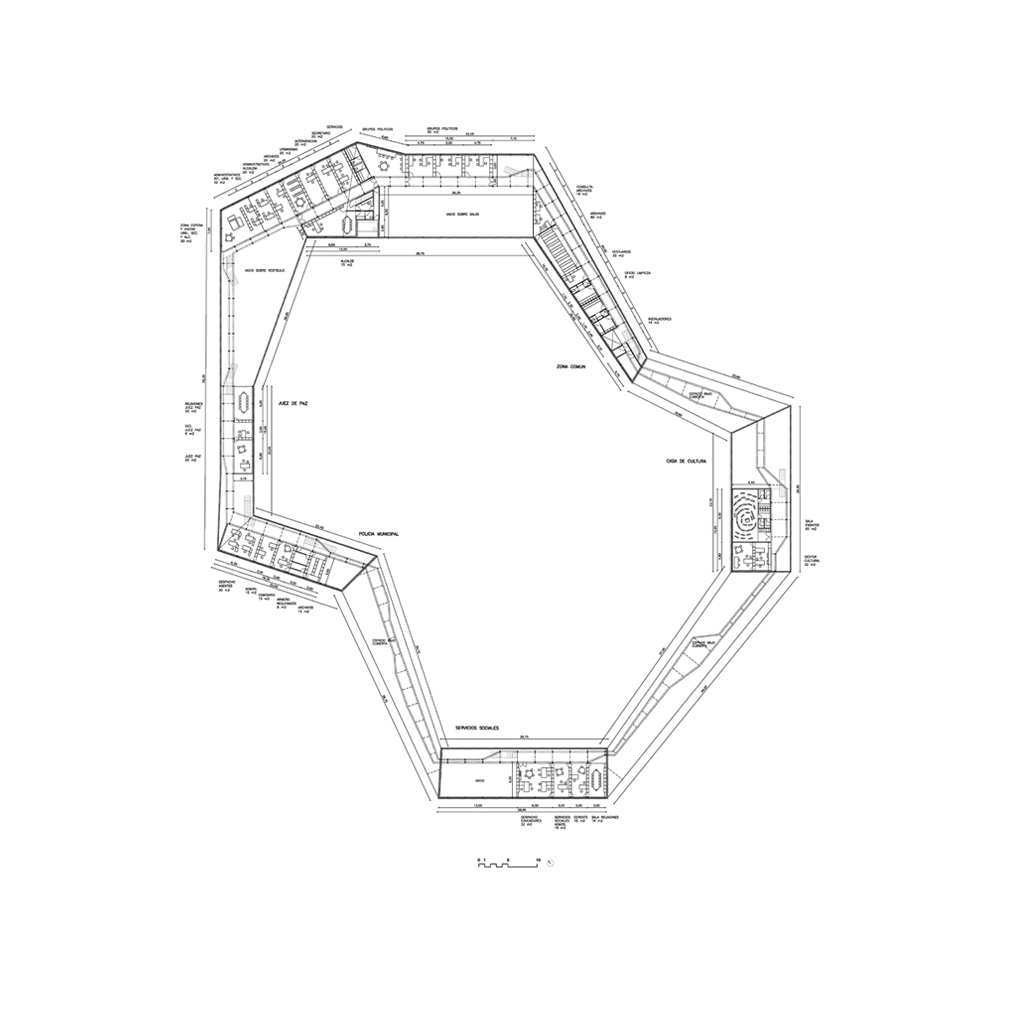 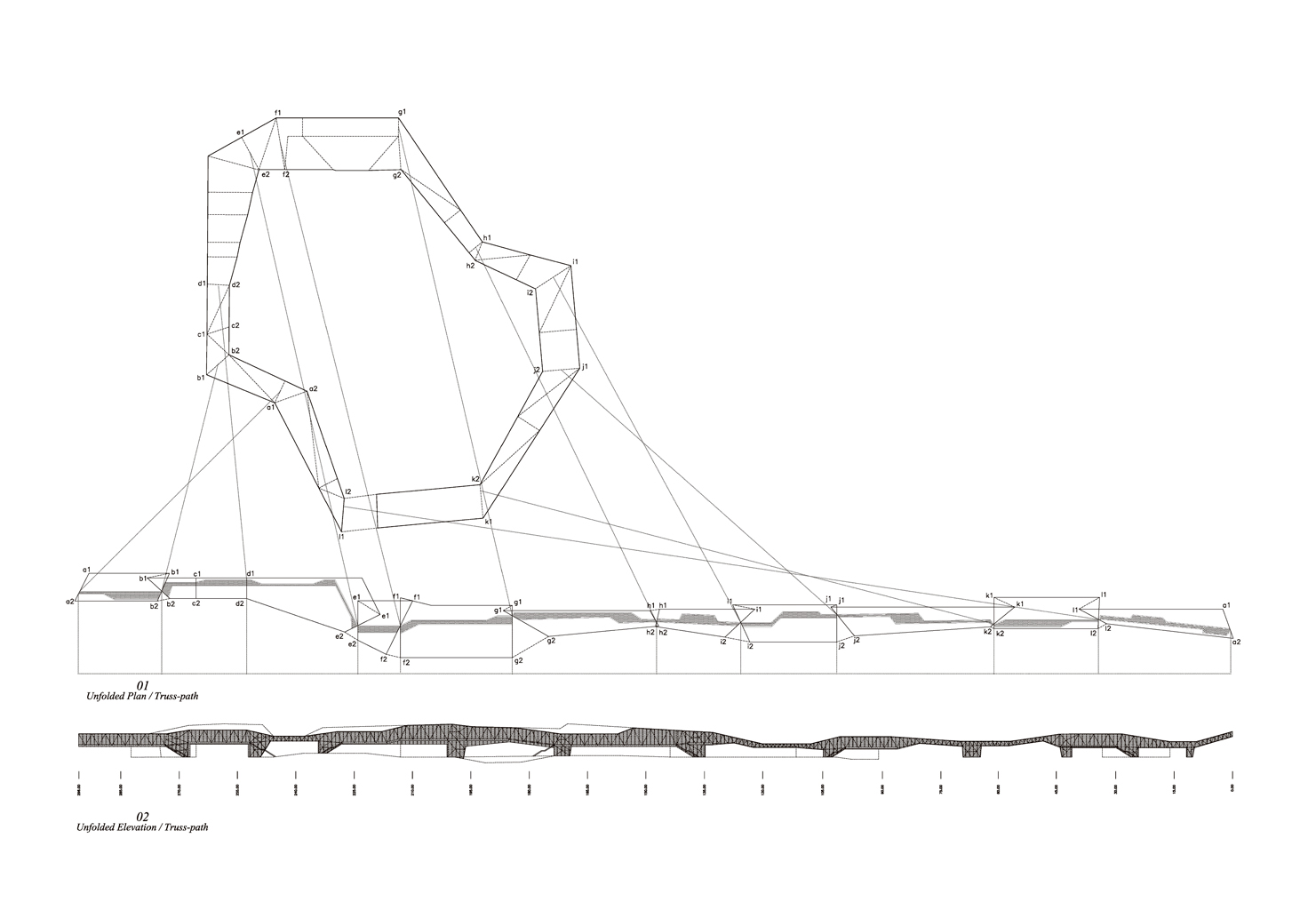 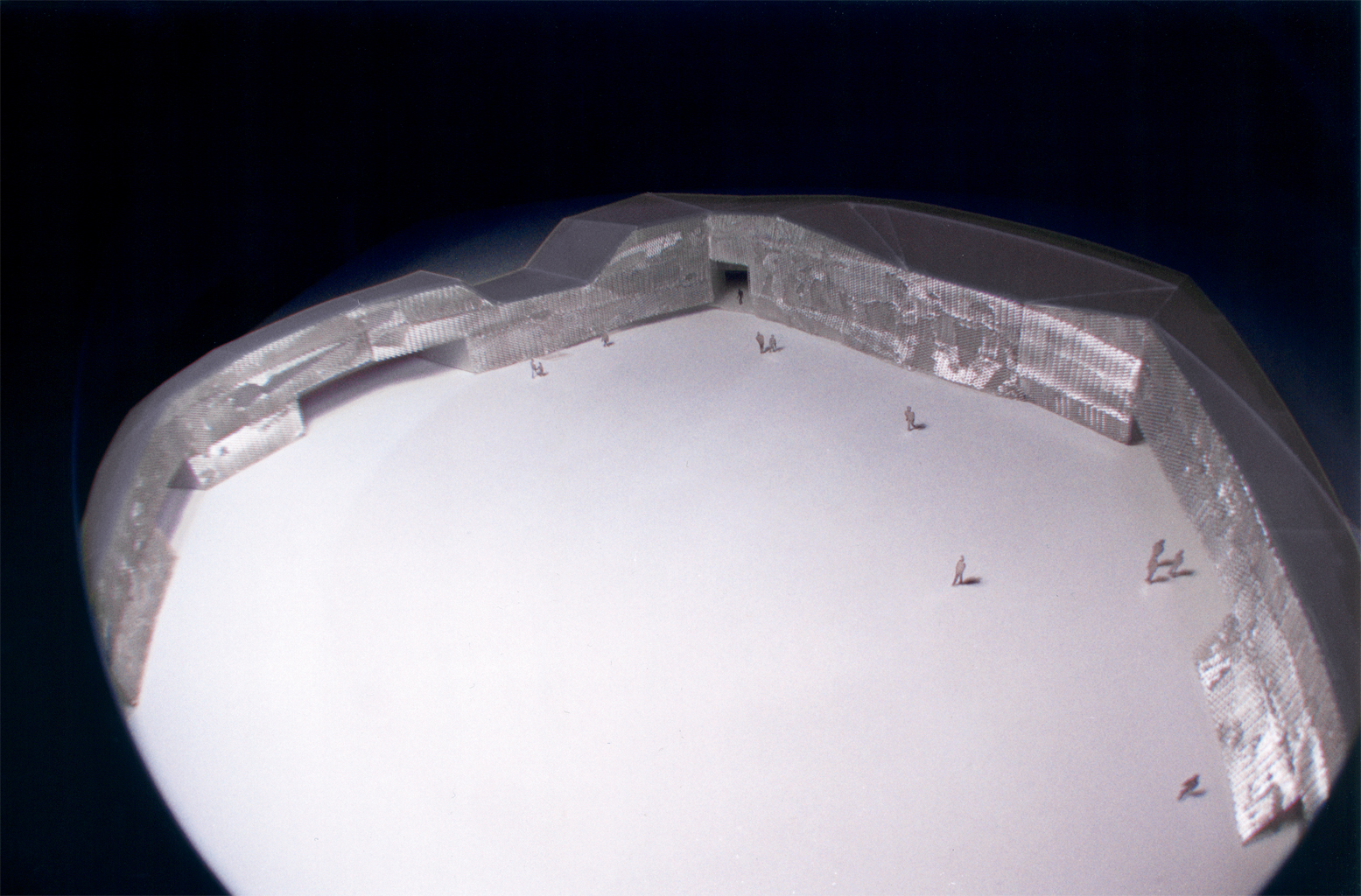