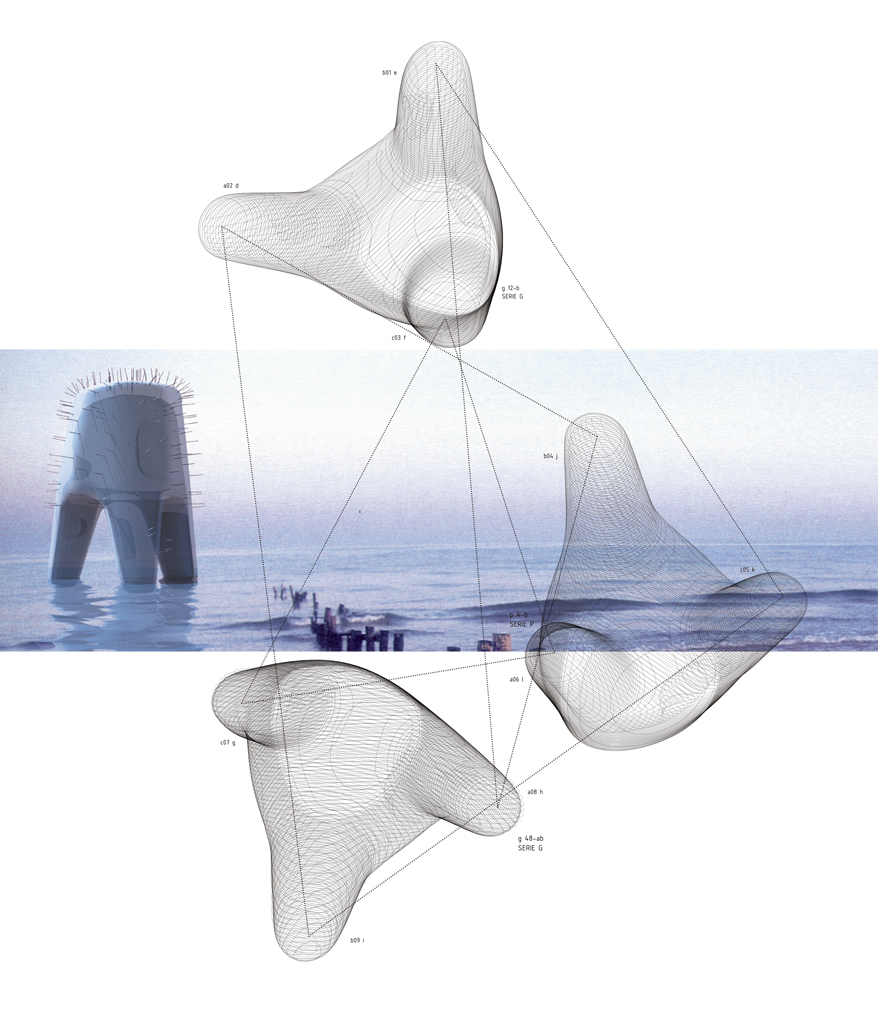 Let’s imagine a technical system that induces spatial, environmental and visual effects through the capture and emission of energy. This would make architects genuine specialists in special effects, linked now to a sense of expanded perception, with architecture itself becoming an artificial atmospherics system with unstable equilibriums, transitory states, complex internal relationships and associated visual effects. Note the word artificial: everything is technically induced.
Venice is a city that is slowly being suffocated by tourism. A city with a population of less than 40,000, visited by more than ten million people a year. Added to this, the freshwater lagoon that connects Venice to the sea is being progressively altered by rising levels of salinity (with the enlargement of the main channel
connecting with the sea). The aim, then, is to reactivate the city and its public condition, avoiding the sterilisation of the urban tissue produced by the tourist industry and by the encroachment of salt water.
Our proposal extends the external borders of Venice, trying to balance all the commercial and public activities around the main channel. By working on its outer limits, the city can be enlarged without the addition of a single cubic metre of sand. In our proposal a system of pieces is deployed throughout the lagoon, capturing and emitting energy. The pieces work in two directions, reactivating the public sphere through energy and the production of new spaces, and attempting to restore the biological balance of the lagoon through micro-organism cultures. 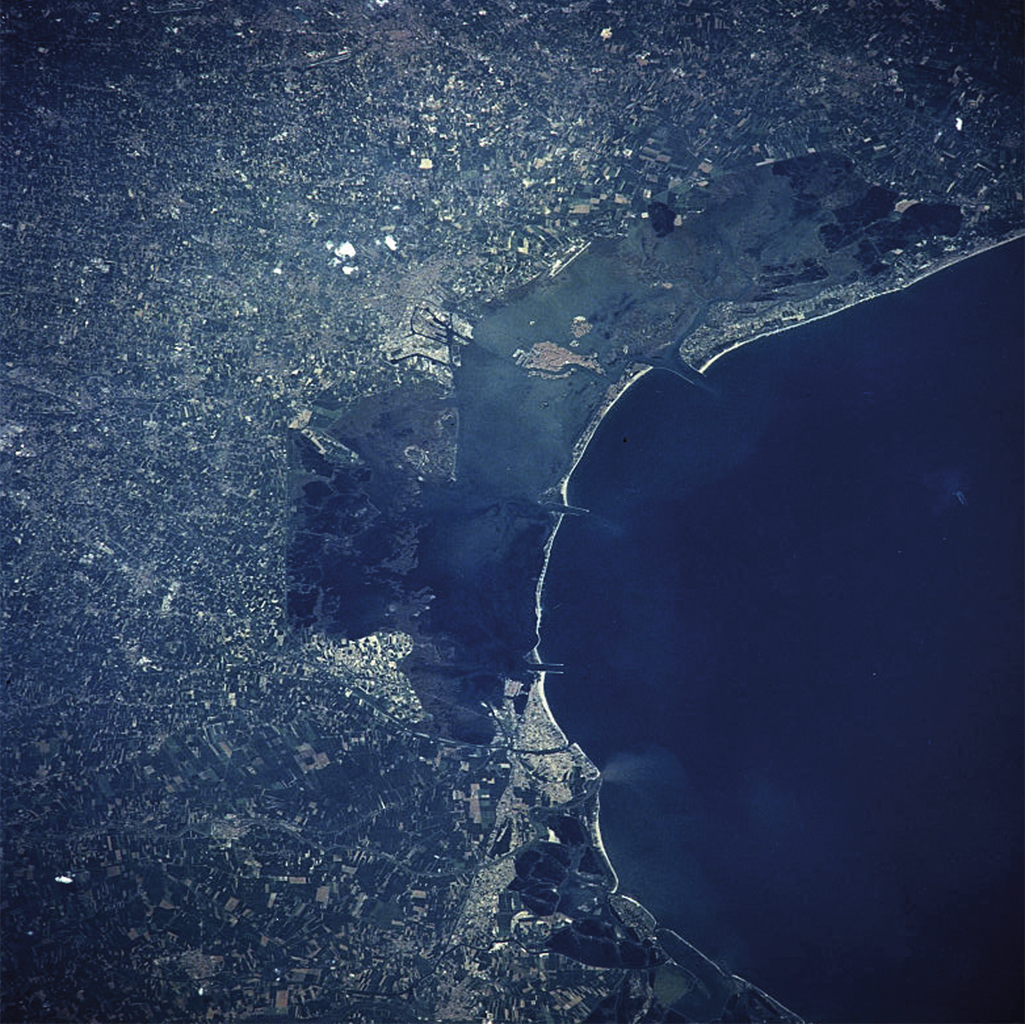 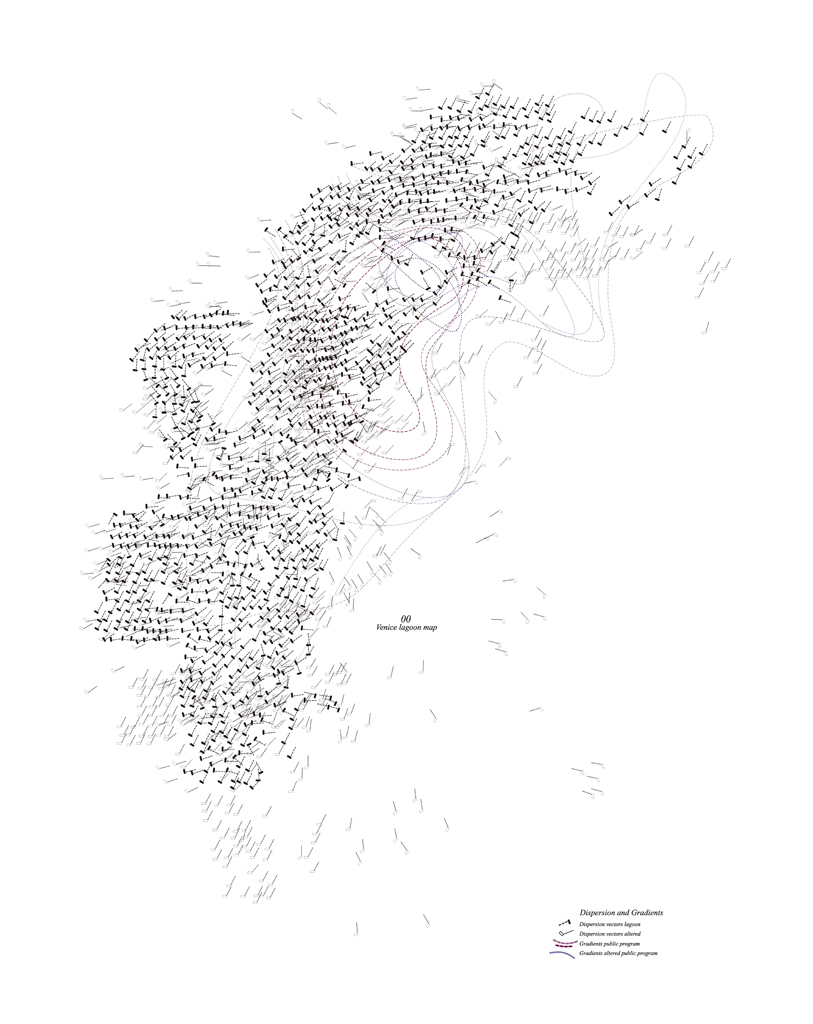