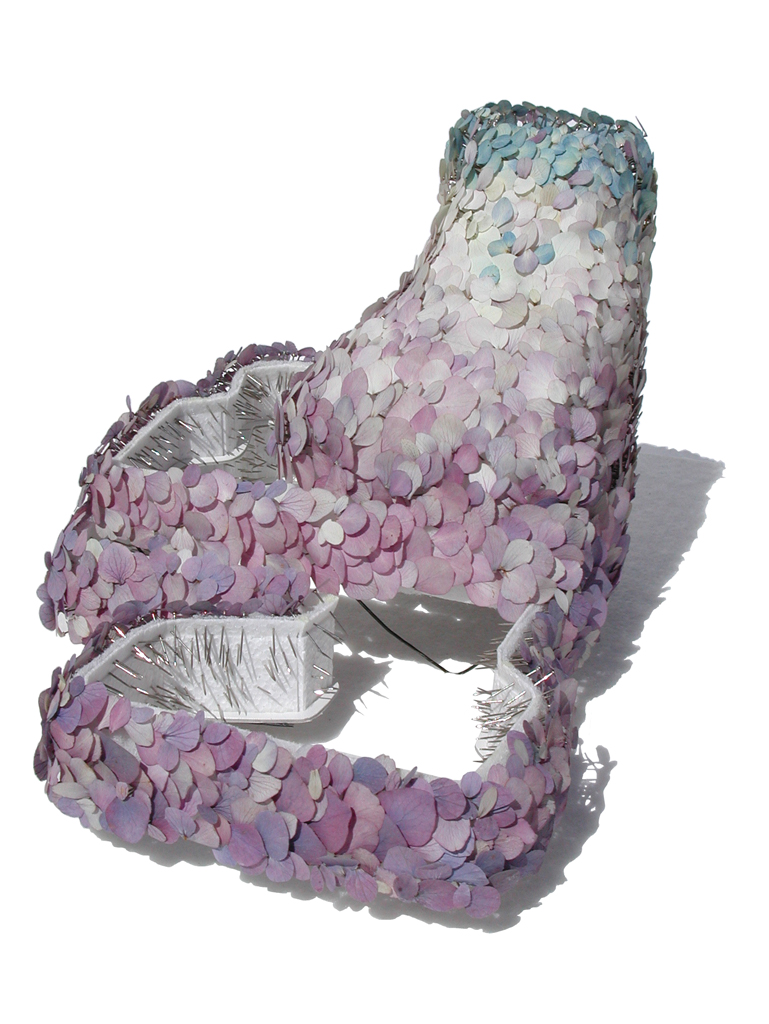 Right in the heart of the city of Ames, in the middle of Iowa, an extremely big power station runs at full throttle. Two years ago it was decided to face up to the disturbing problem of having to transform it visually. Our proposal transforms it into a piece of landscape inside the city: a living mountain. Rather than resorting to cosmetic treatment, to the corrosive power of images and the kitsch assembly of local materials, our response challenges the established instruments and concepts of gardening, species breeding, architecture and the ecology of living.
We propose to totally cover the fragmented volumes of the power station with a membrane of roses, lights and honeysuckle. This new skin wraps and adapts to the units at different heights, unifying them with a silhouette and a single common material. The membrane creeps above the highest parts of the power station and transforms the building into a vertical garden. The species chosen for the construction of this vegetation crust are a combination of rosebush creepers against a green background of honeysuckle, making use of the immense genetic material developed by Griffith J Buck (a native of Ames), who grew many species of roses adapted to Iowa’s harsh continental climate. So we propose to deploy the gardener’s ancestral techniques of genetic selection to induce a modern image in the uncomfortable presence of the power station.
Ames lies right on the southern migratory route, and like a real mountain, the membrane provides a resting place for the most important species of North American butterflies. At the same time, the power station is turned into an open receptacle where an enormous variety of bird species can nest, attracted by the water tanks and the abundant insect life in the vertical rose garden. Many of the area’s forests and wetlands have disappeared in this area in recent years. The power station provides an alternative habitat as well as a living laboratory where the university can test new varieties of species adapted to this climate.
The assembly of the existing power station and its new image produce an ecosystem that is subject to human interaction. Architecture and energy infrastructure are converted into living systems using bioengineering techniques. This is a Magic Mountain: a natural monument that is generated artificially. 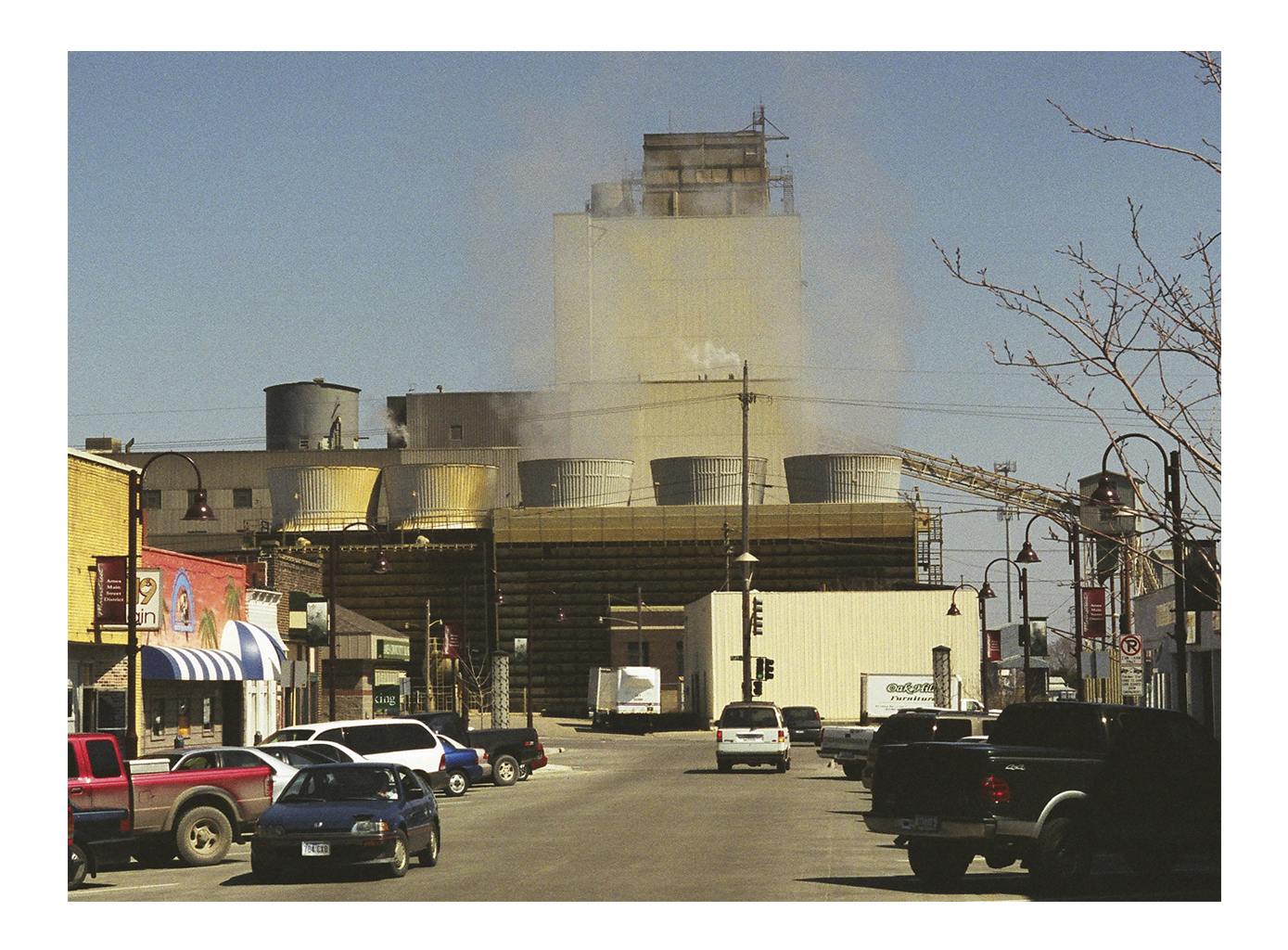 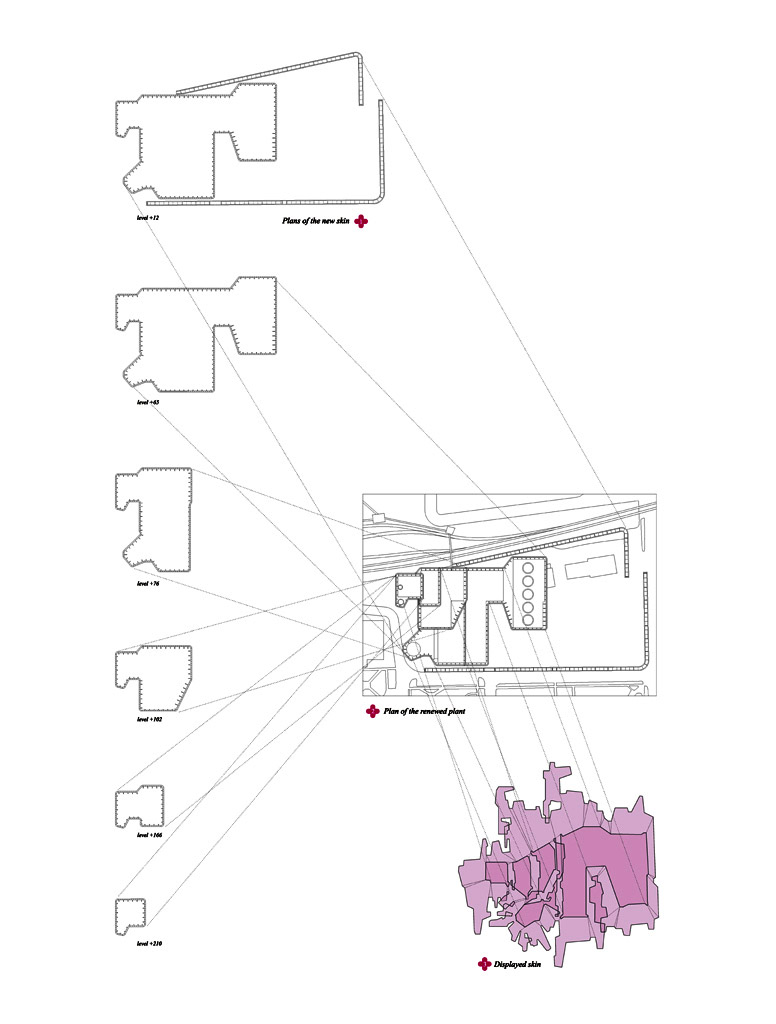 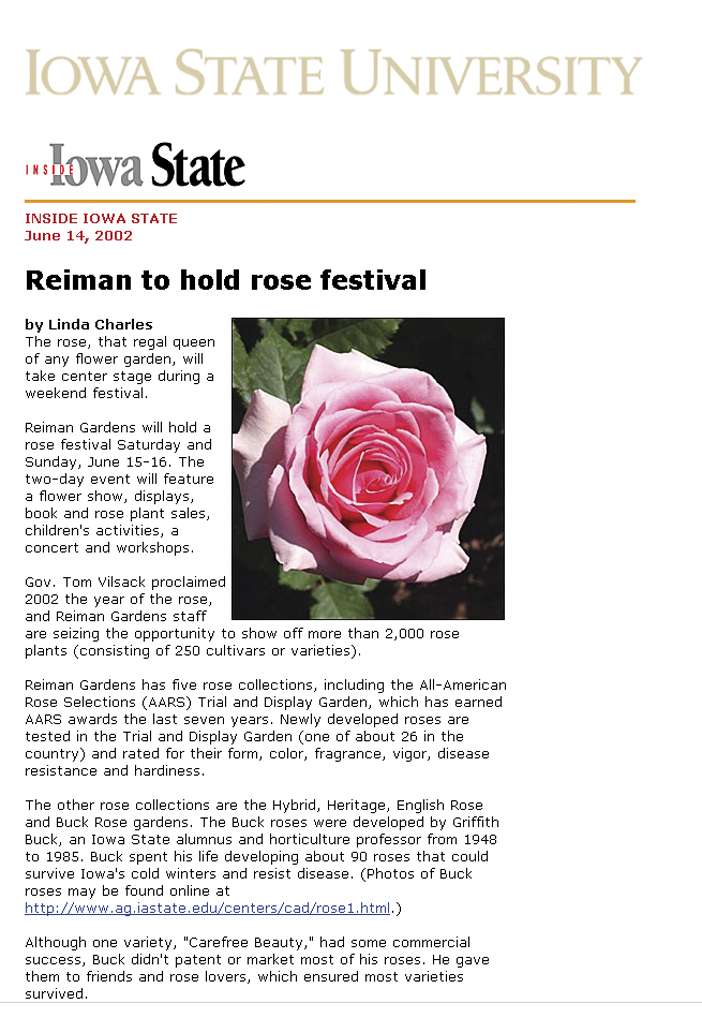 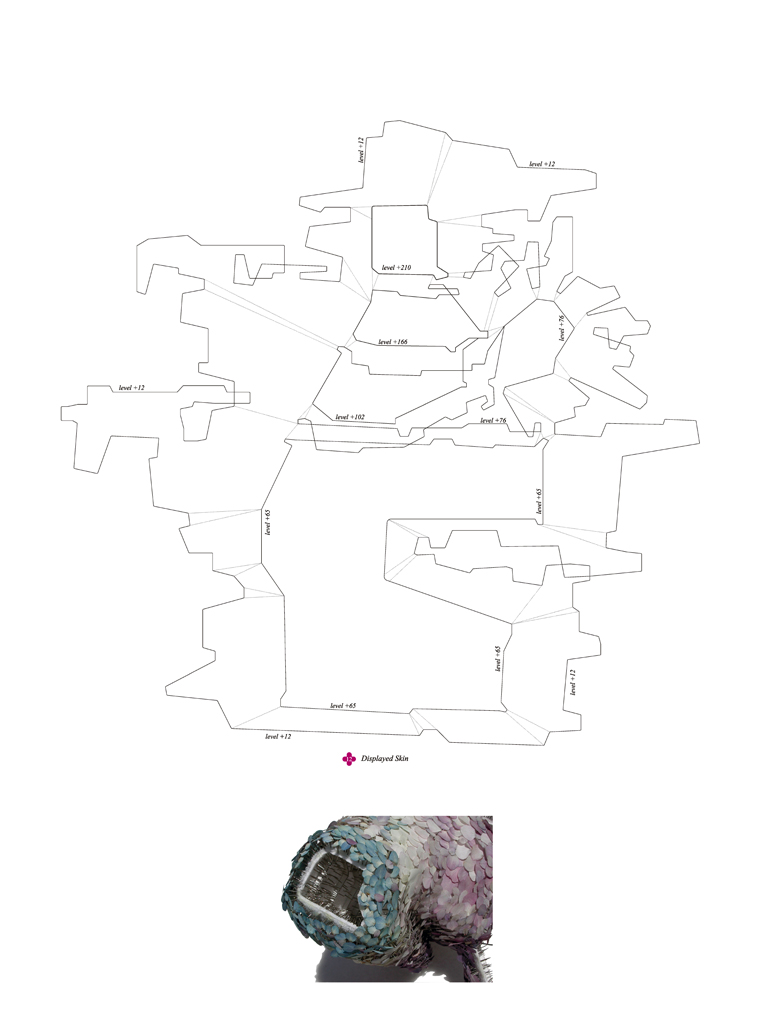 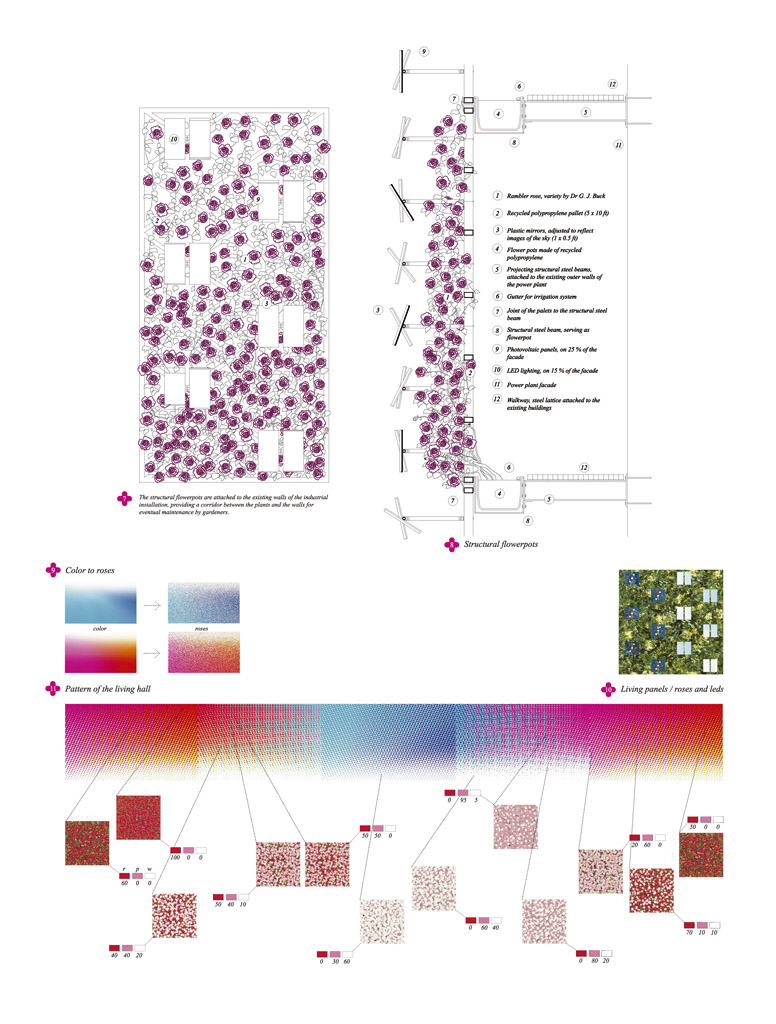 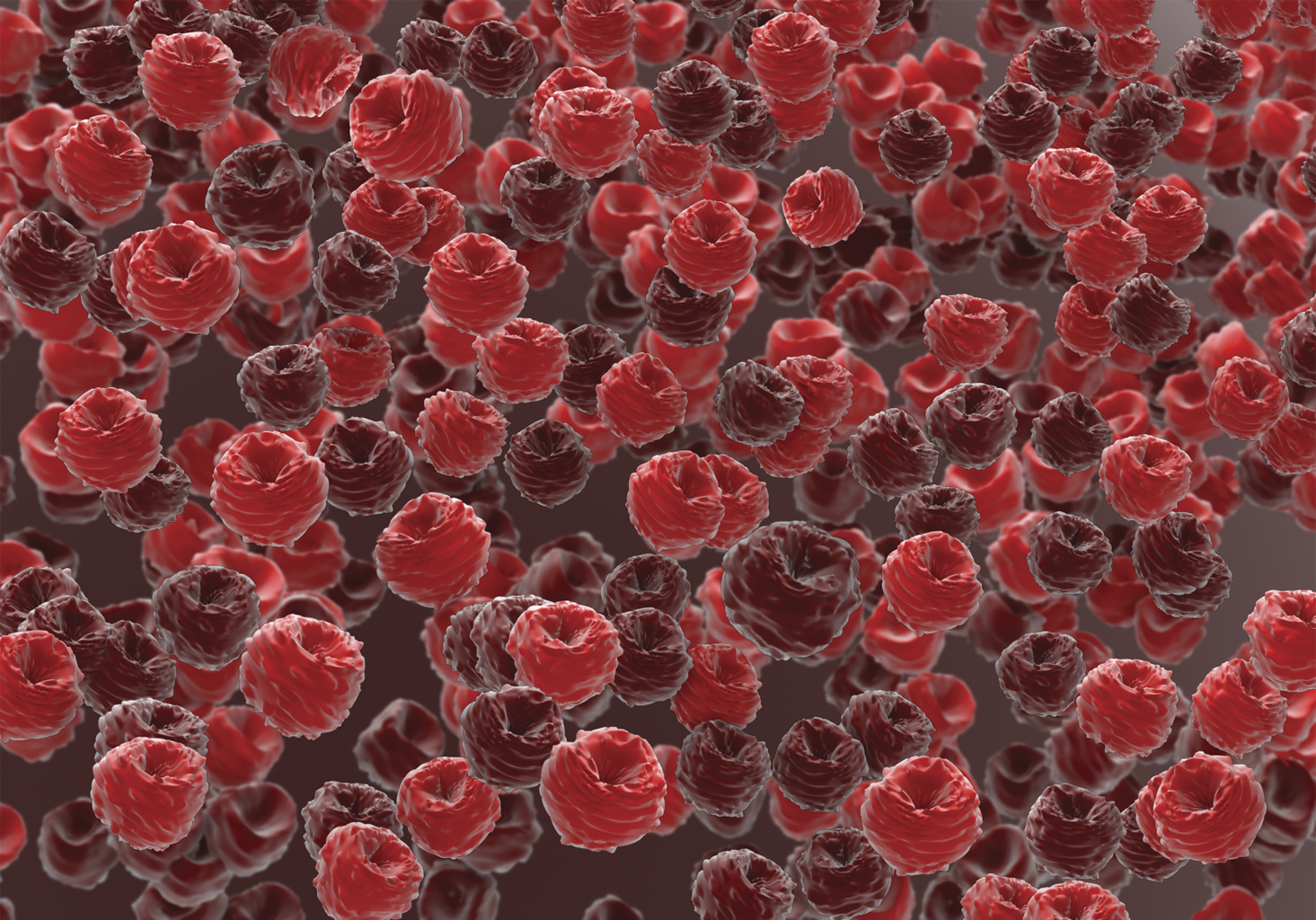 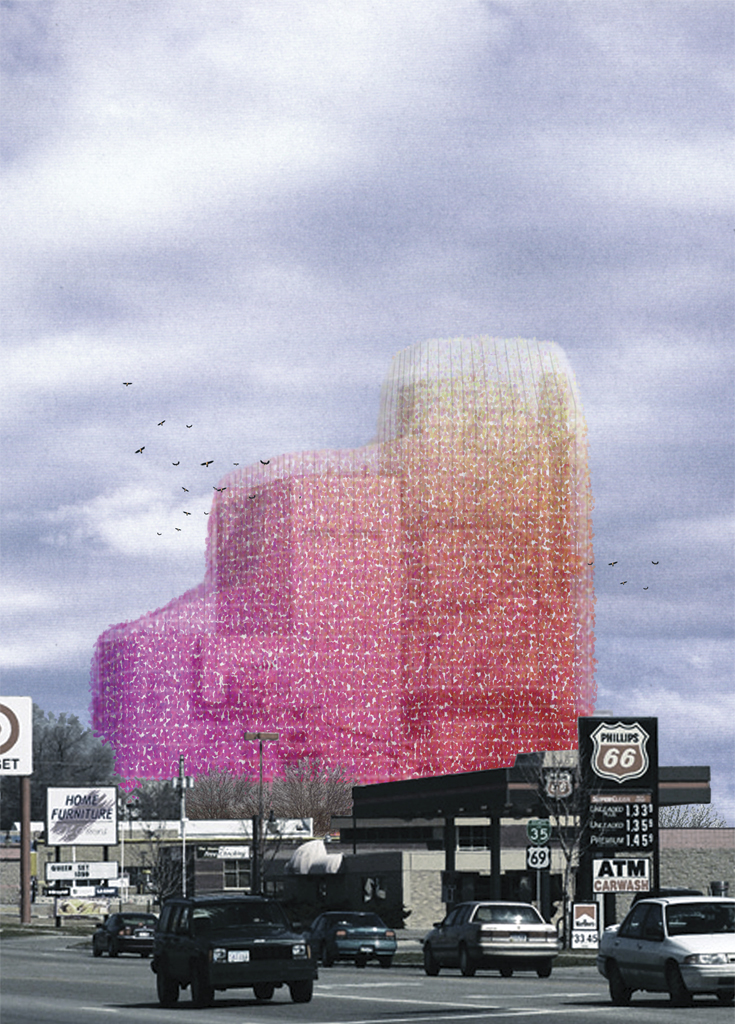 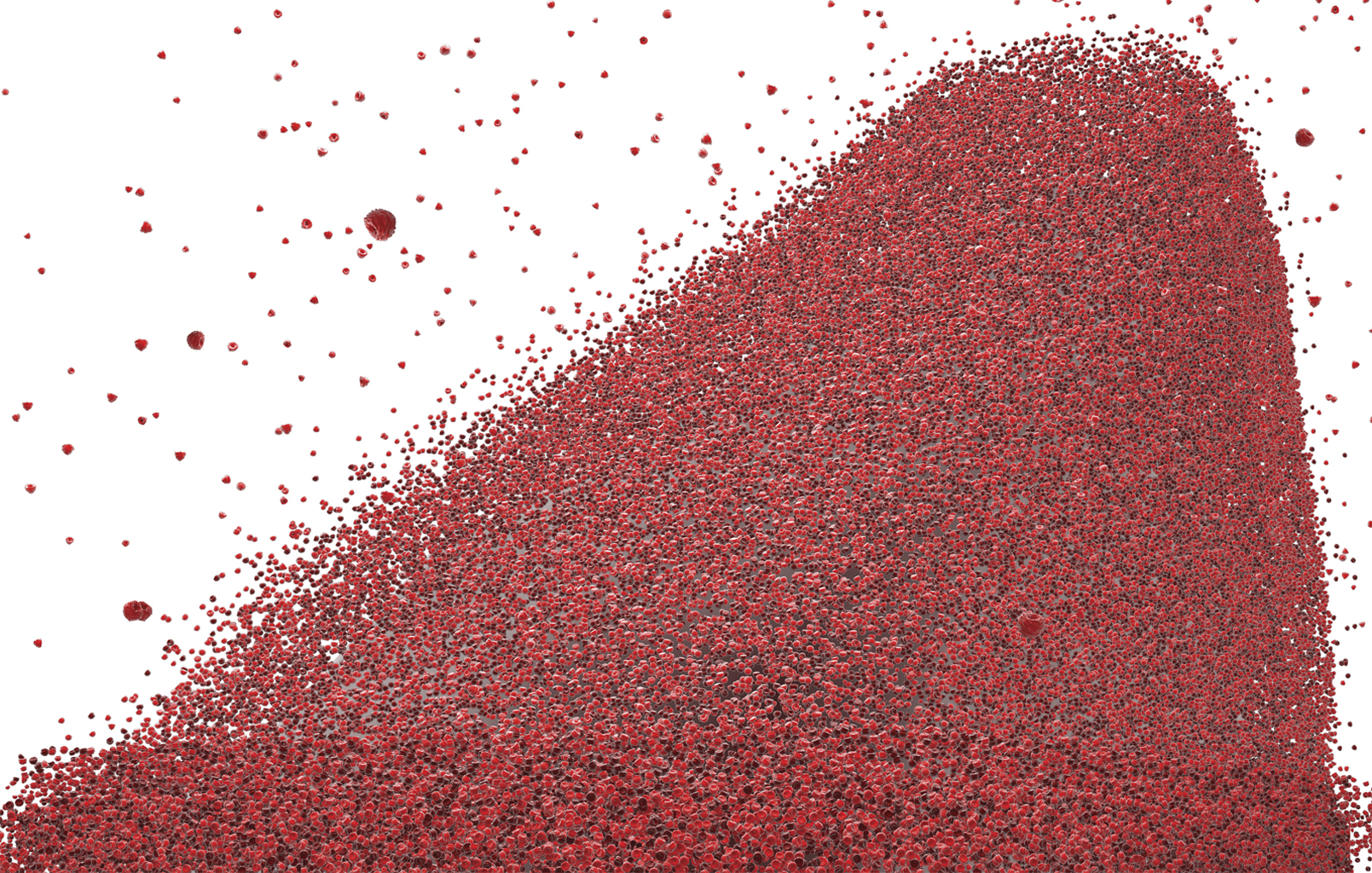