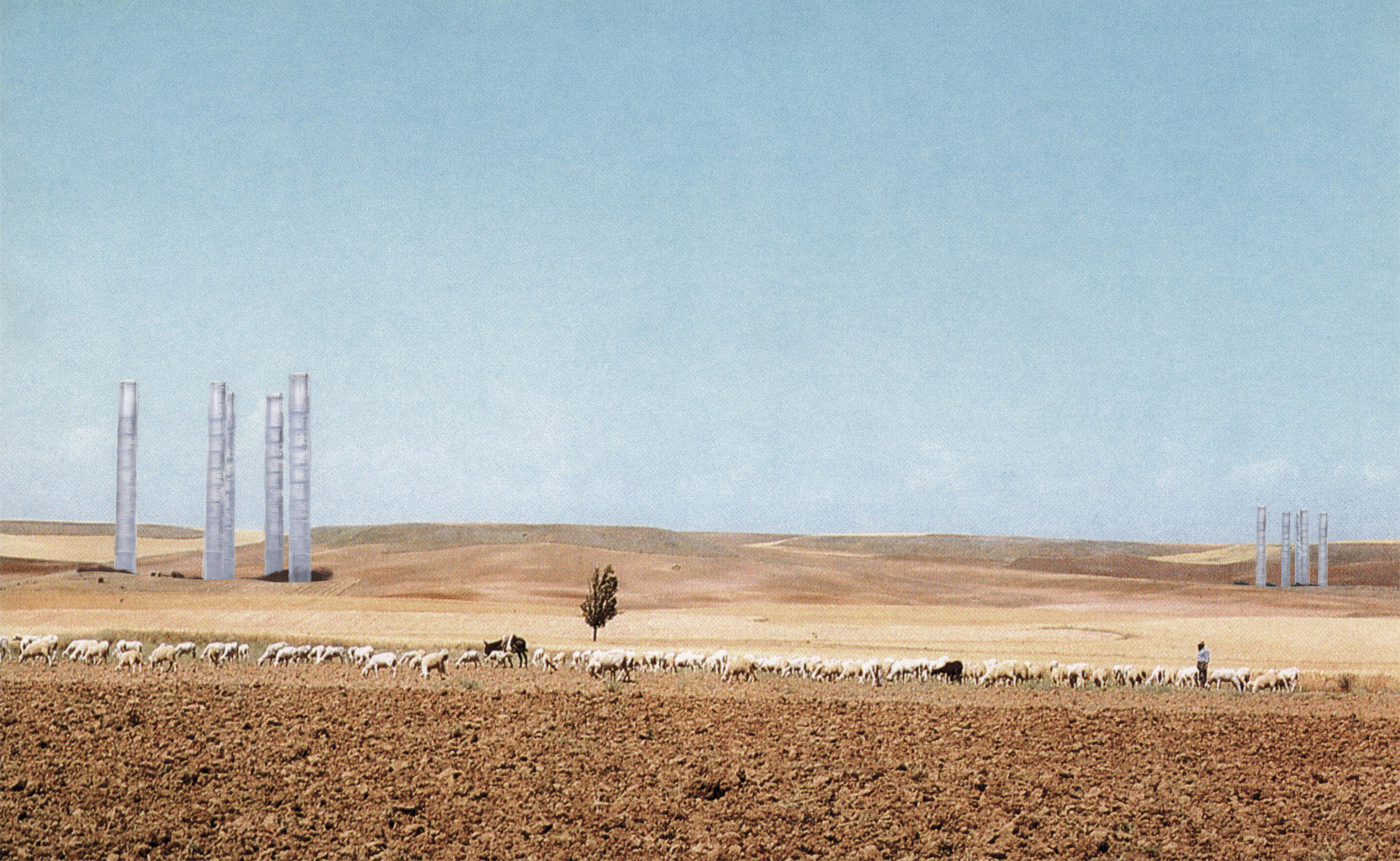 The Southeast Regional Park (PRS) is a place of extreme beauty containing a diversity of ecosystems, from wetlands and gravel quarries to vertical cliffs, crop fields and gypsiferous plains. Though barely known to the capital’s inhabitants, the park is nevertheless rooted in Madrid’s cultural landscape through the work of the surrealist Vallecas School of painters, who obsessively captured its loneliness and sadness.
The project is for housing that would accommodate short stays in the park. At its core is a desire to open up the perception of an environment that is usually hard to grasp, because of its imprecise limits and apparent lack of form. The proposal situates elementary groupings of slender constructions at specific points along the River Jarama. These structures assume anisotropic configurations which vary in each location in response to solar gain, prevailing winds and views. Together they form a kind of visual map of the territory that offers a legible image of the park as a whole.
We worked fleetingly from two points of view. First, the towers are conceived for short stays in the park. Second, the system of construction can be completely reversed, allowing the towers to disappear. The insertion of clusters of slender structures into the park is intended to transform it into a new kind of public space for Madrid. Once the city has adopted the natural park as a truly public space, they will be dismantled, celebrating their precarity and impermanence.
We propose maximum slenderness to achieve minimum occupation of the site and minimum environmental impact. Each tower is based on the one room per floor model, with self-sufficient rooms. The towers should be understood as a 360º vision amplifier that enhances the immersive, corporeal perception of the environment and has a variable section and is surrounded by a thick, hollowed enclosure, an intermediate space that provides thermal regulation by ventilating and cooling the interior in summer and accumulating heat in winter. The outer skin is constructed from translucent cellular plastic and its colour is variable, like the sky. Inside is a helical staircase that squeezes or widens the depth of this ventilated conduit and determines the different types of accommodation. The towers work like chimneys, producing kinetic suction as a result of differences in air pressure. Air circulates in different ways through the gaps in the hollowed enclosure: the towers shape the wind. 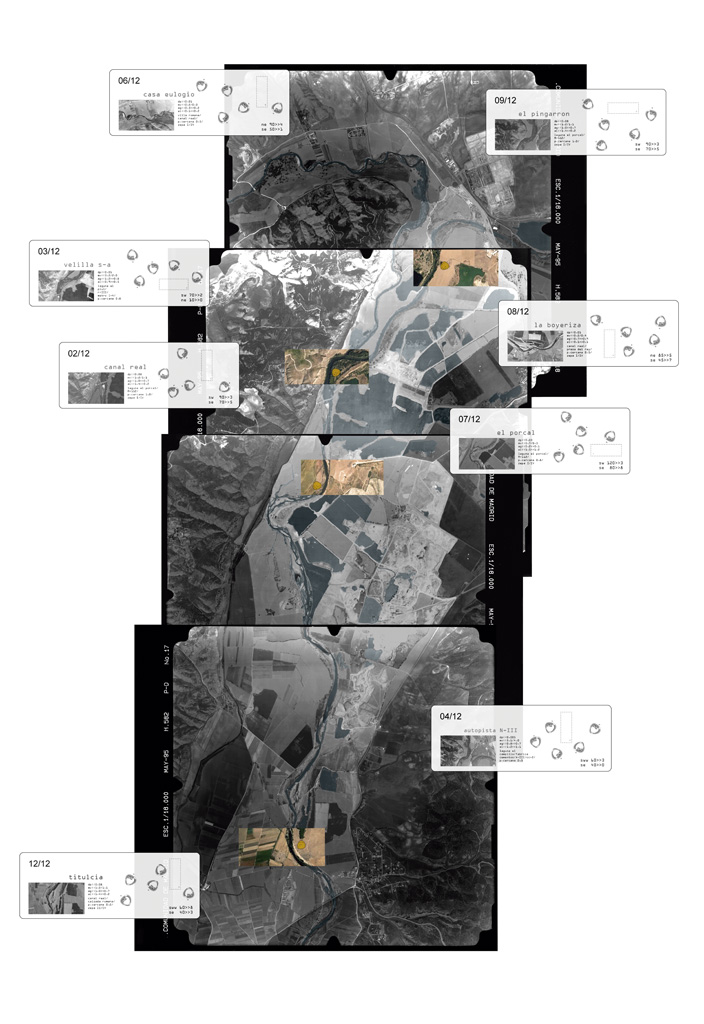 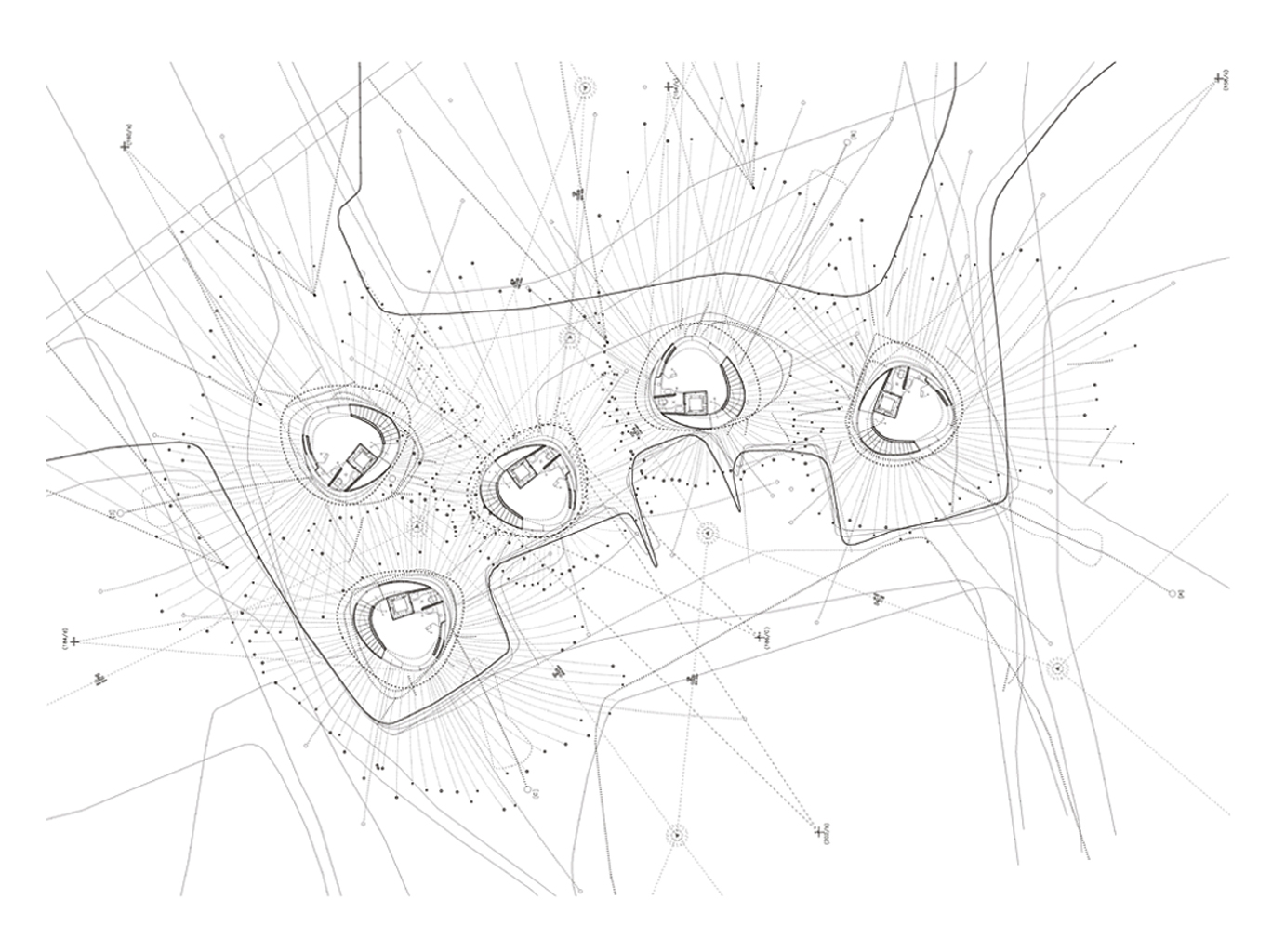 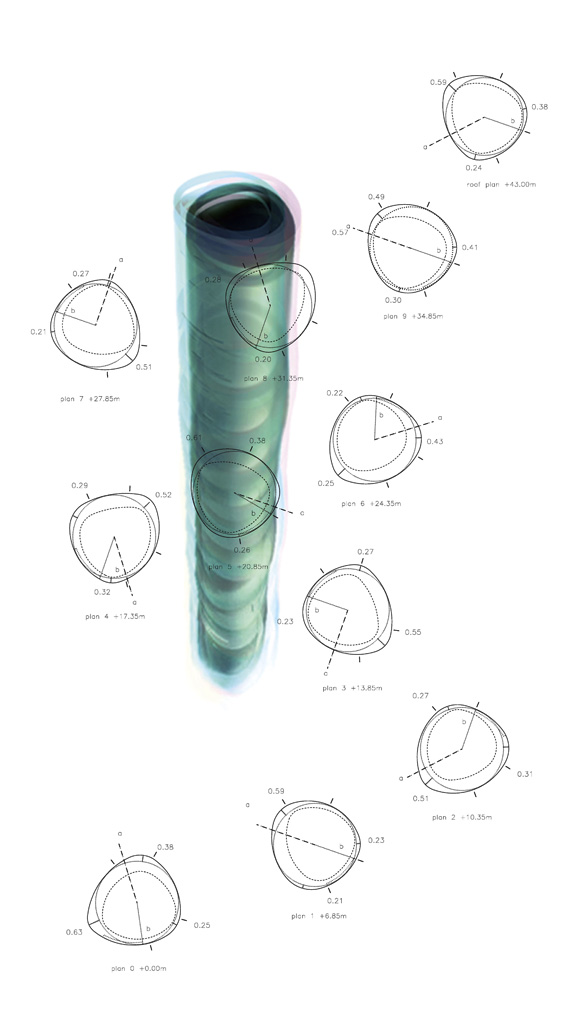 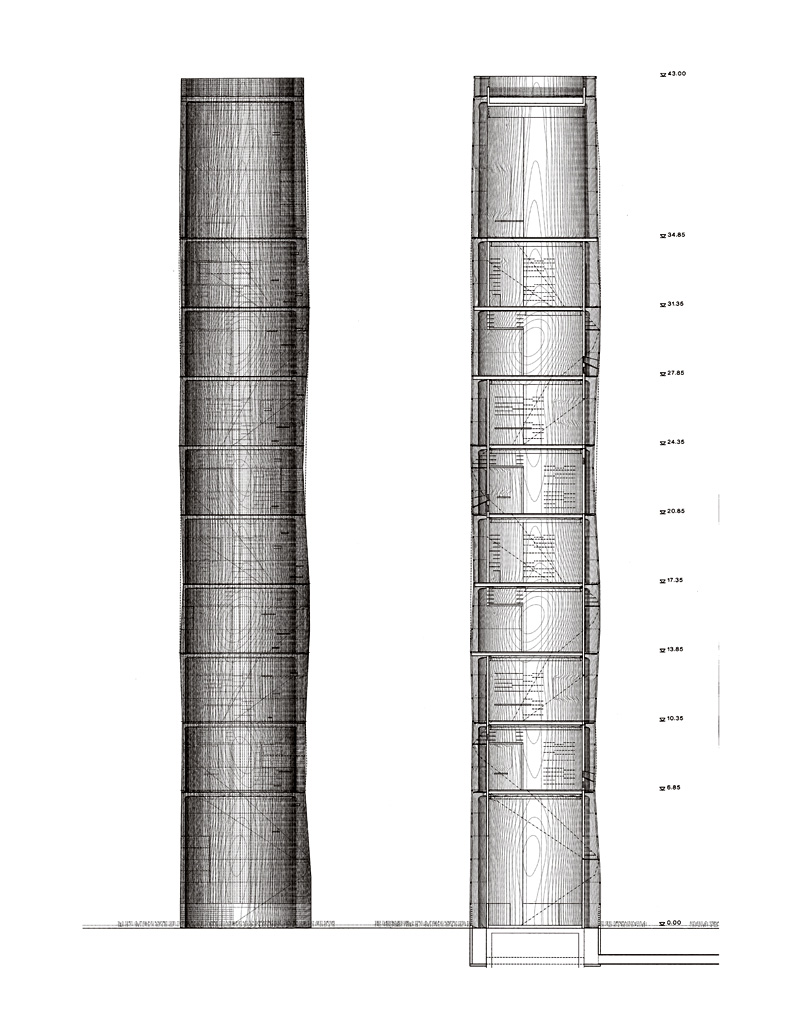