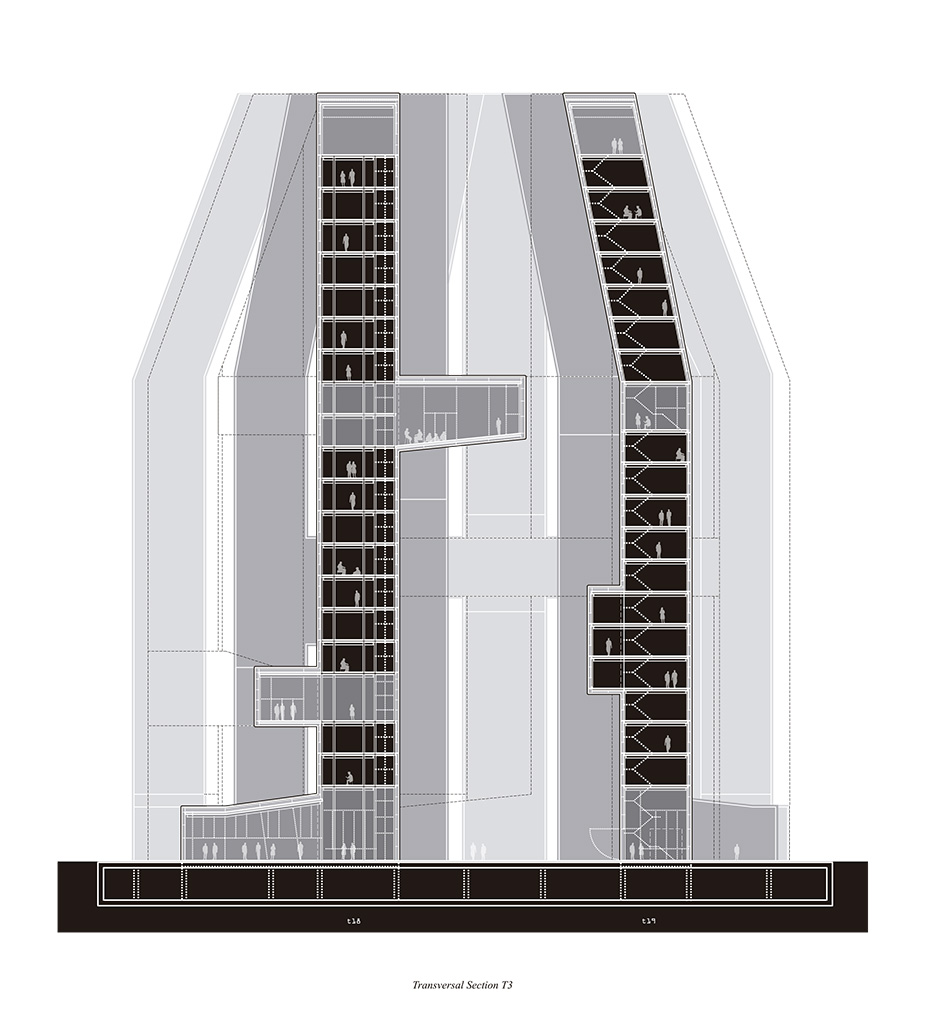 Taking Aomori in Japan as our setting, we proposed to evolve a prototype (hOH, 2000) for a series of micro-skyscrapers that would be finetuned in response to the specific climatic, programmatic and environmental extremes of this northern city.
The first step was to establish a series of micro-skyscrapers situated on a uniform grid, which was transformed through a series of operations that attempted to optimise the relation of the narrow units to the light, views, orientation and cold northerly winds. The resulting 3D mesh extends to the limits permitted by the by-laws. As a result of planning regulations that define the height and angle of any new construction in relation to neighbouring buildings and the street, the towers are built at an incline – an adaptation that produces a metropolitan silhouette at a city scale, constructed with domestic spaces and media density.
Public land is replicated in suspended spaces produced in overlapping layers at levels +18.00, +28.00, +36.00 and +40.00m. These spaces unite all of the vertical items and assemble them in a 3D network that reduces the slenderness of the housing towers to conventional limits. These interconnect the towers and accommodate the community programmes – kindergartens, day centres and private cafés as well as spaces with no defined purpose – which attempt to articulate a common ground for the community and compensate for the reduced scale of the brief. These ‘public–domestic’ spaces, which expand the unexplored territory between public and domestic realms, can be used in multiple ways, allowing flexibility without the need for physical changes. They try to articulate, at the scale of the community, a sense of belonging to a set of common beliefs and values.
As a metropolitan image for Aomori, a city with a cold climate and frequent snowfalls, the project proposes the production of an internalised enclave composed of housing units that challenges the notions of public and private and is compatible, in both scale and use, with the proposed domestic brief. In other words, it produces a metropolitan scale and density (minus its negative effects) while at the same time trying to articulate the inhabitants’ lifestyles around a transformation of the notion of public and private realms. 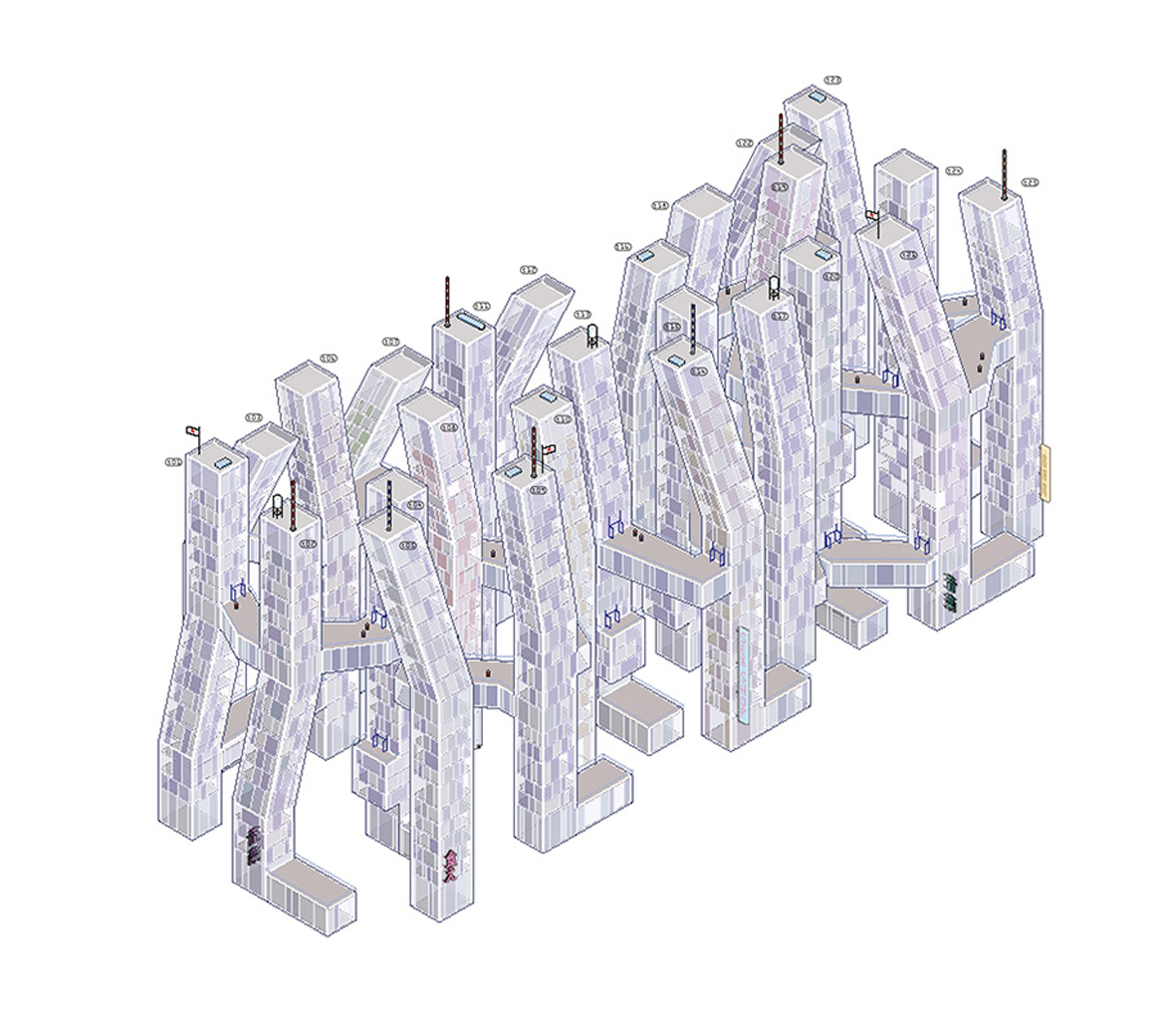 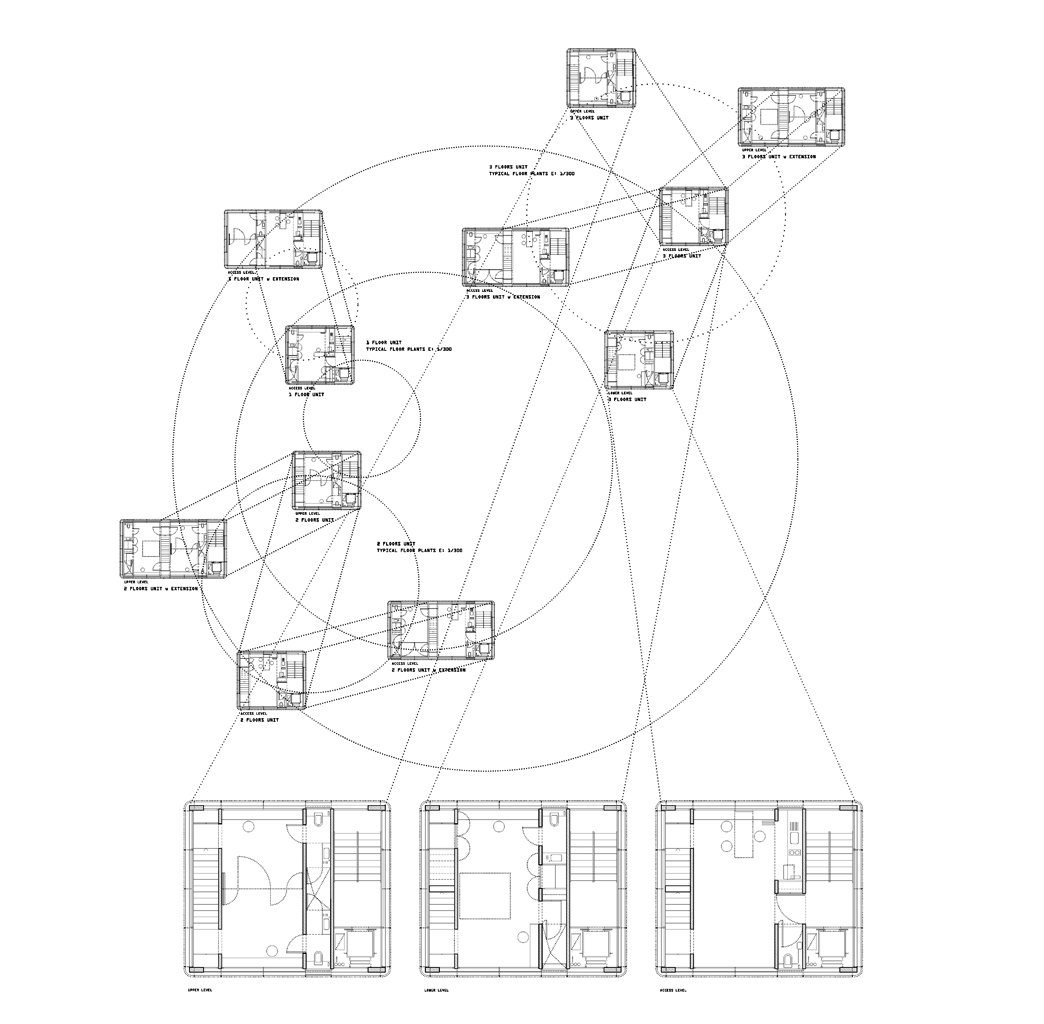 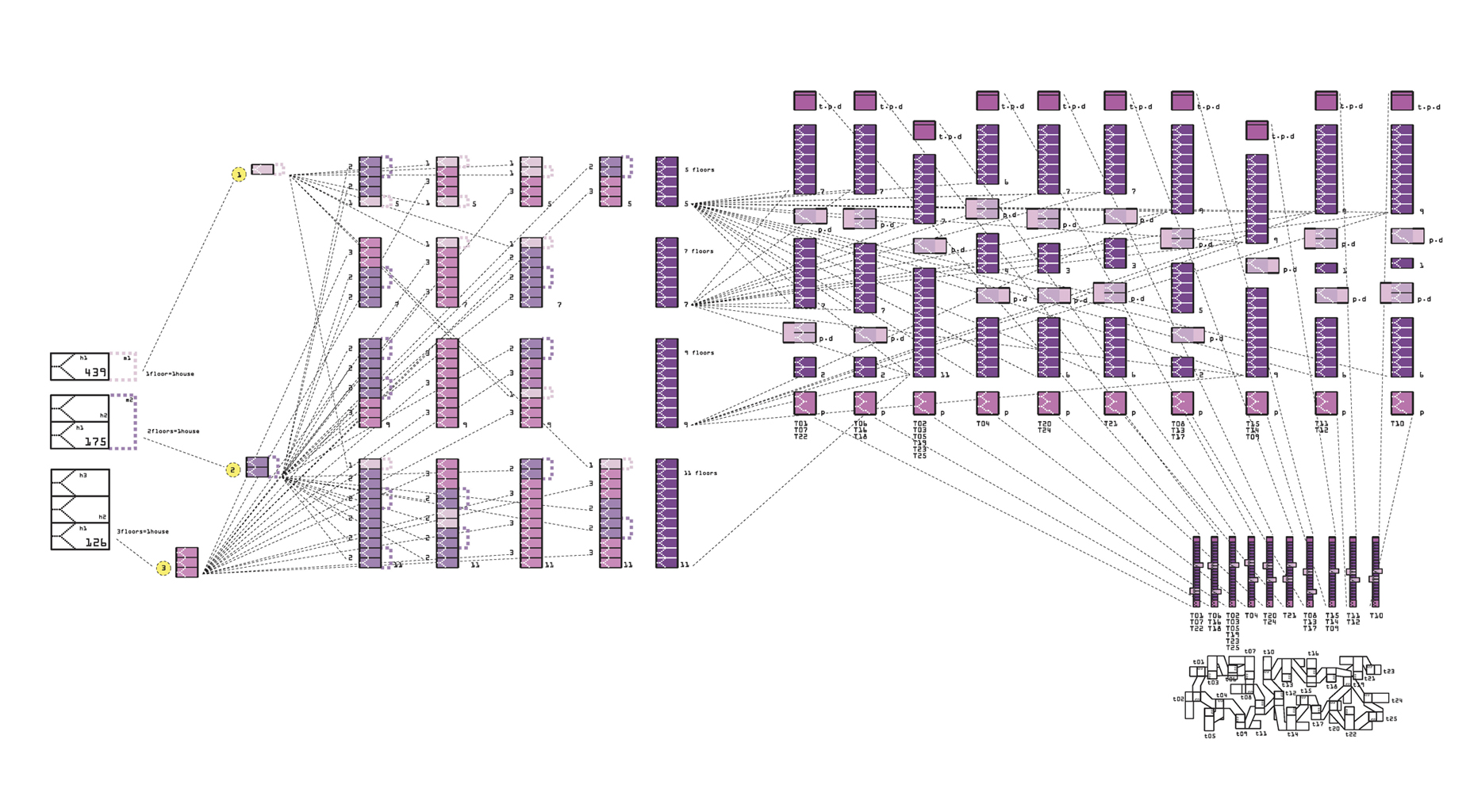 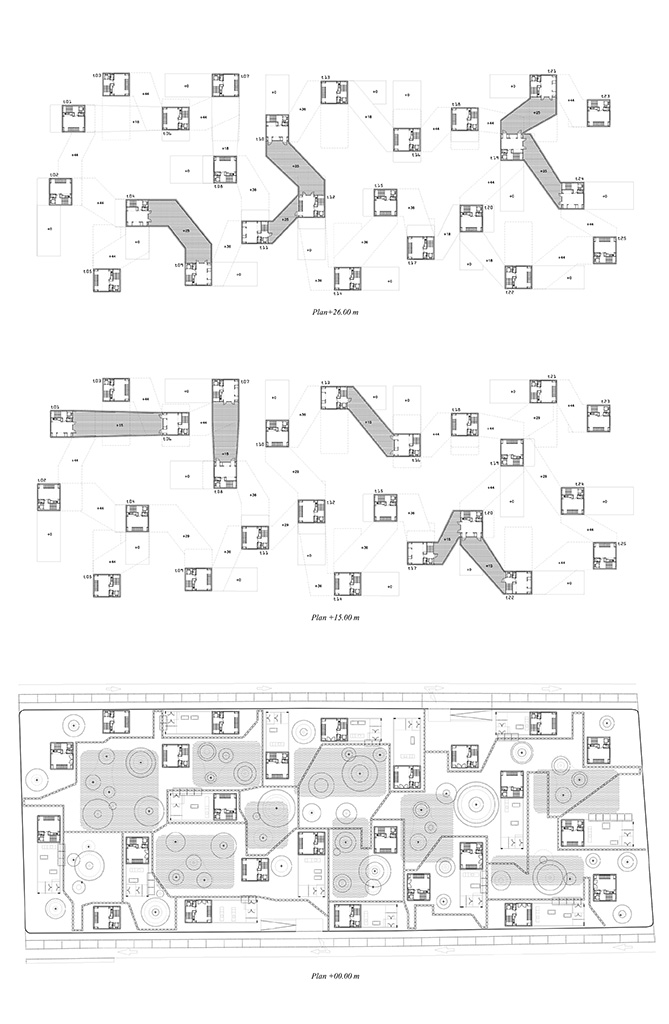 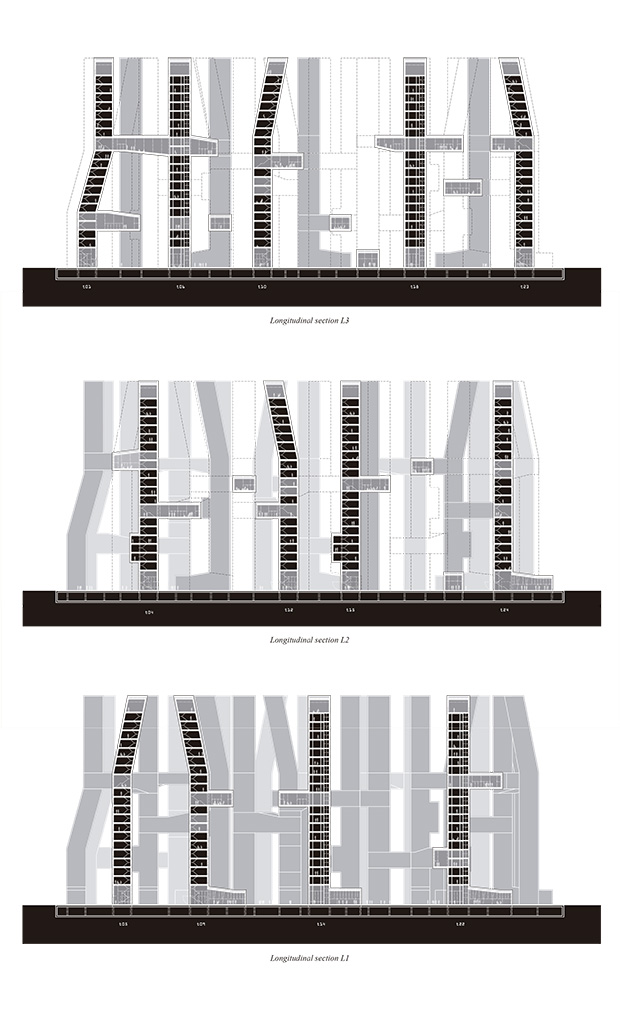 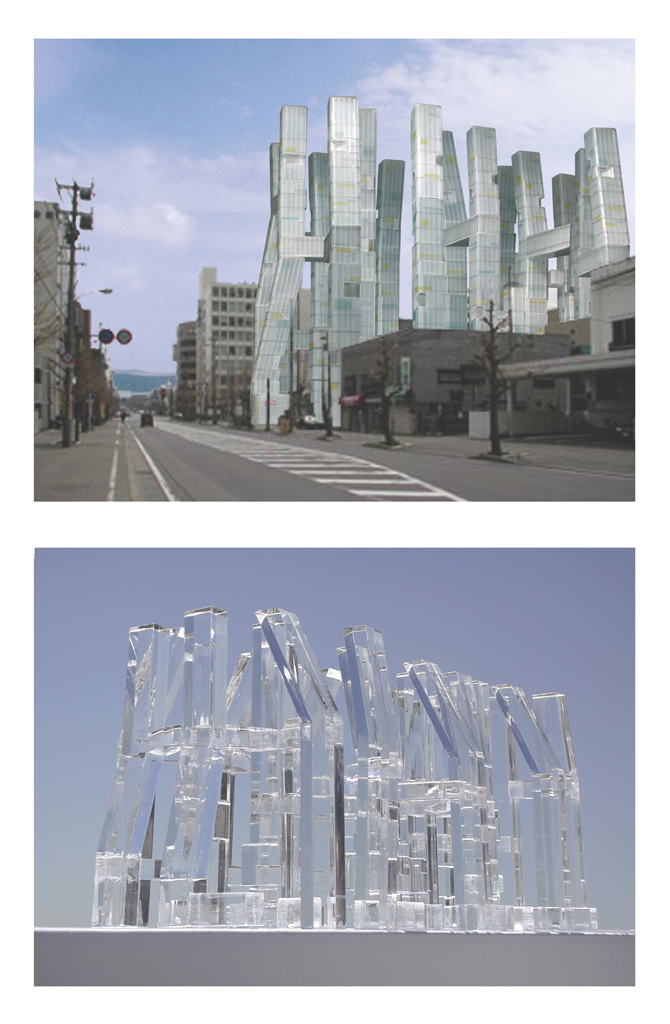