We would like to propose an architecture of energy for our times, whose visible form is simply the materialisation of environments arising from thermodynamic processes – which would make a building nothing more than the concrete material form assumed by a particular configuration of energy. We could then imagine the building as a technical system which uses the capture and emission of energy to induce spatial, environmental and visual effects – a system in which what we understand by space becomes a set of perceptions linked to environmental effects generated through the management of different energy forms. Made is a company that designs, assembles, runs and maintains wind turbines and solar panels. Our proposal involves the complete configuration of the new office building in terms of energy management, to support appropriate environments for teamwork and construct a visual presence for the company that is congruent with its identity. For this purpose, the simplest values are chosen as the starting point to define the building. The first consideration is its configuration and position: the way it is organised internally and oriented with respect to the sun and the site, working with its form, its interior compactness or density, its volume and colour. The three-dimensional configuration, elevated from the ground because the site lies below the N-VI highway, sets up a dialogue with the distant presence of La Mota Castle, the grain silos and the extreme horizontality of the surrounding countryside. Apart from the pinnacles of the medieval castles, this offers the only regular relief in an infinitely two-dimensional landscape, the ‘poor and sad lands’ of Castile that surround the factory. 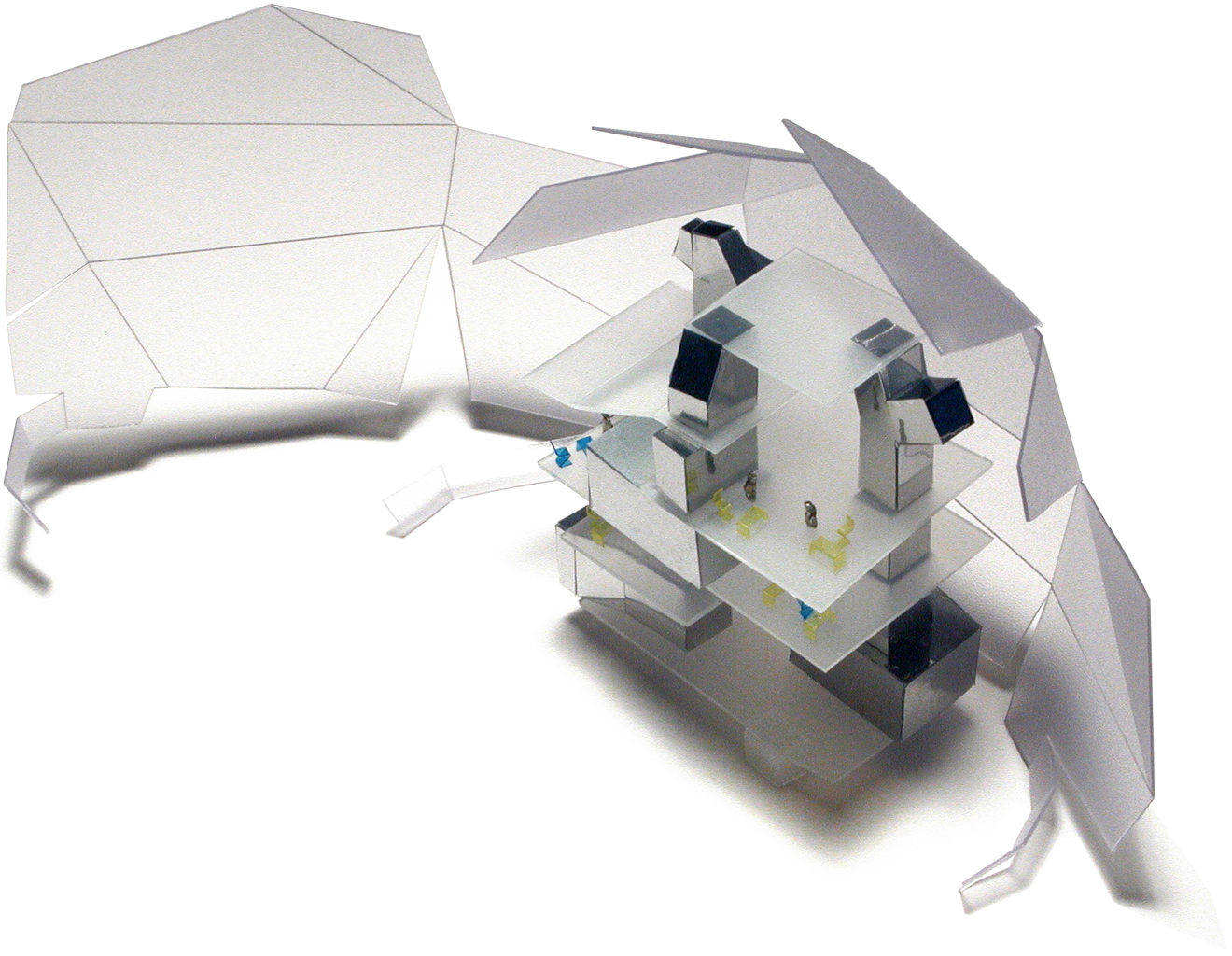 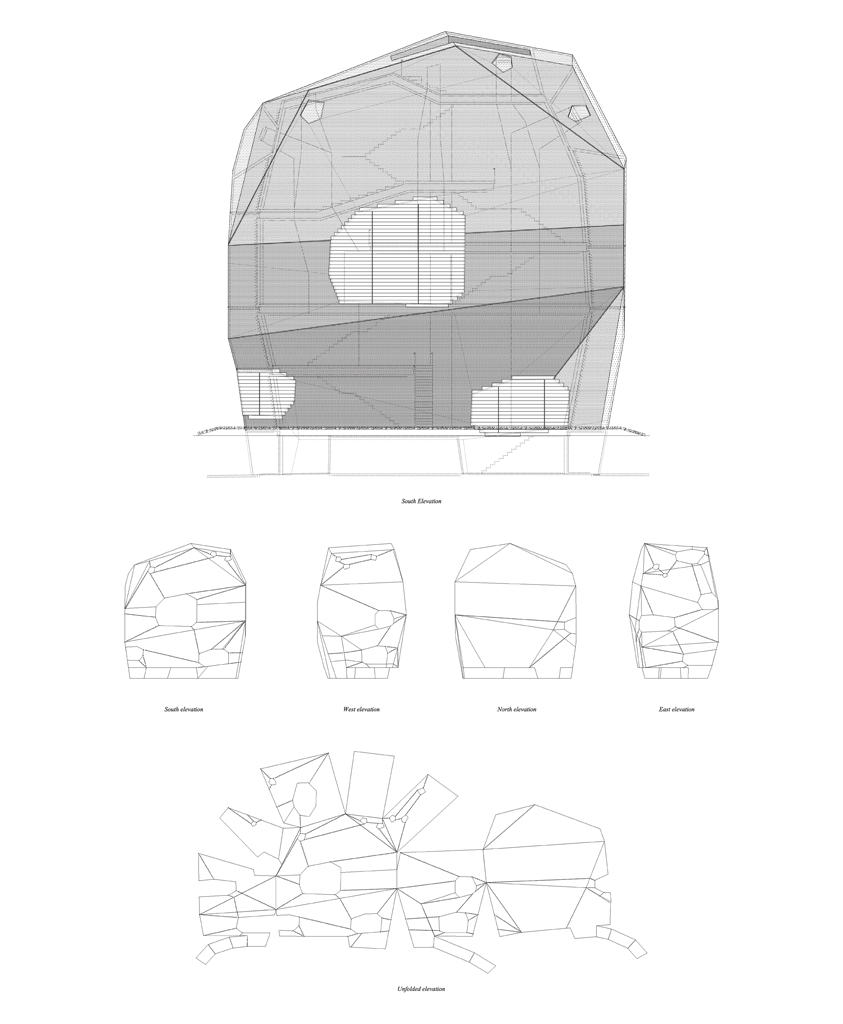 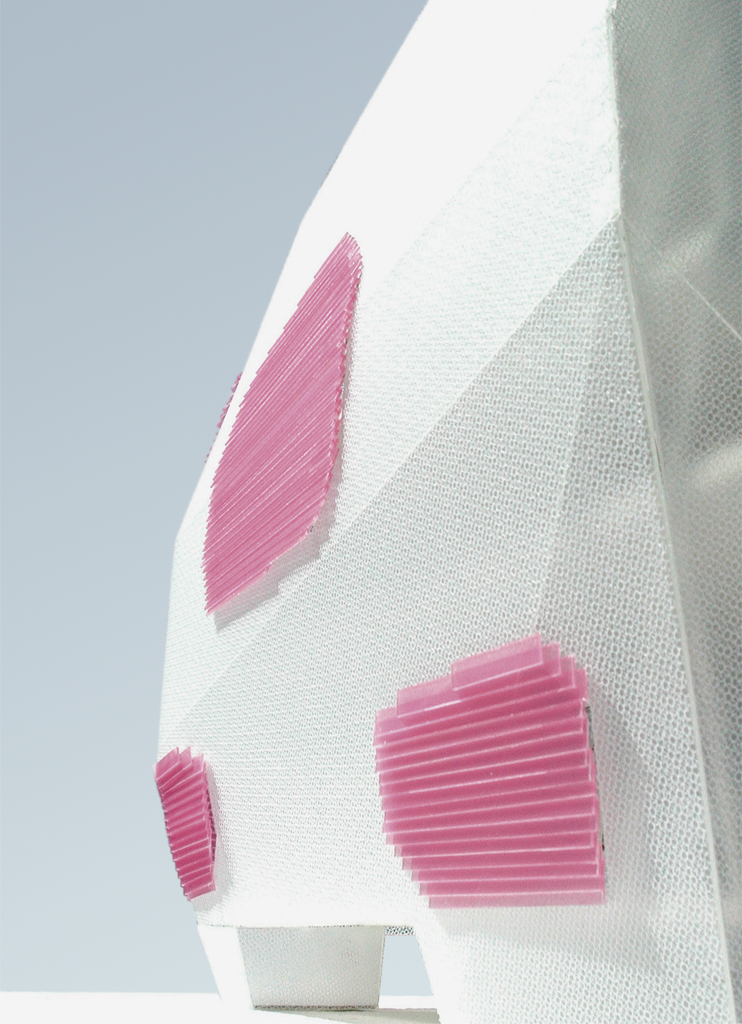 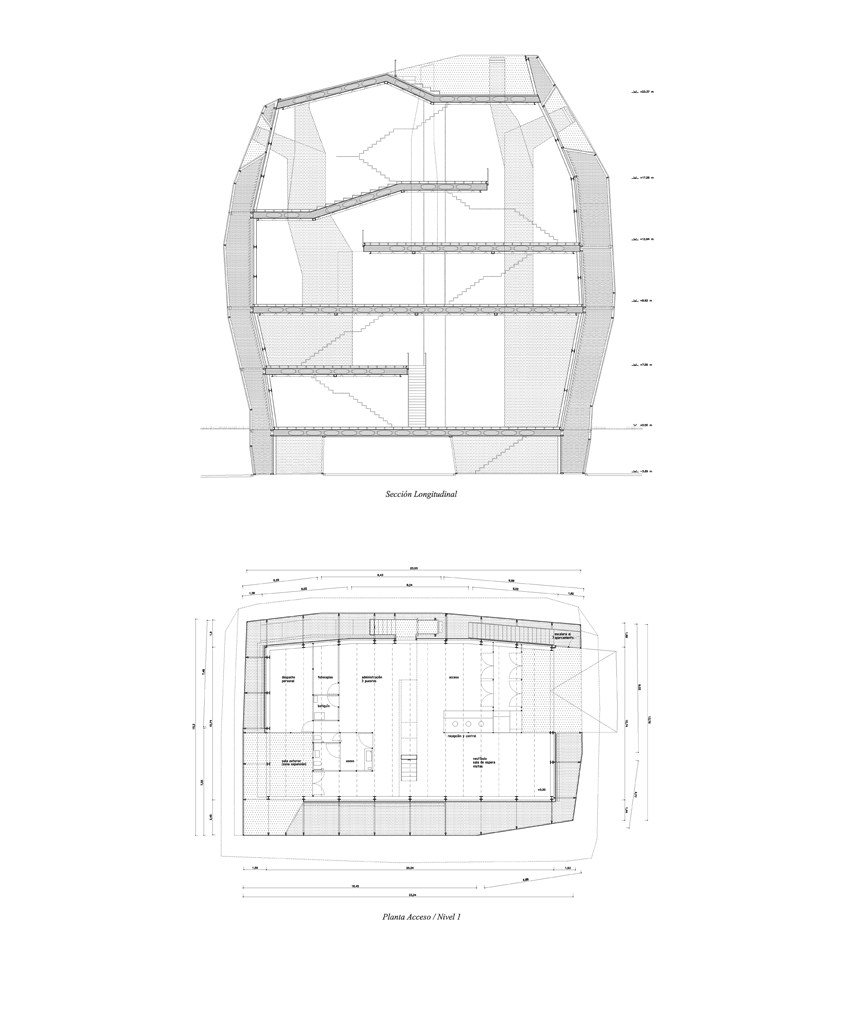 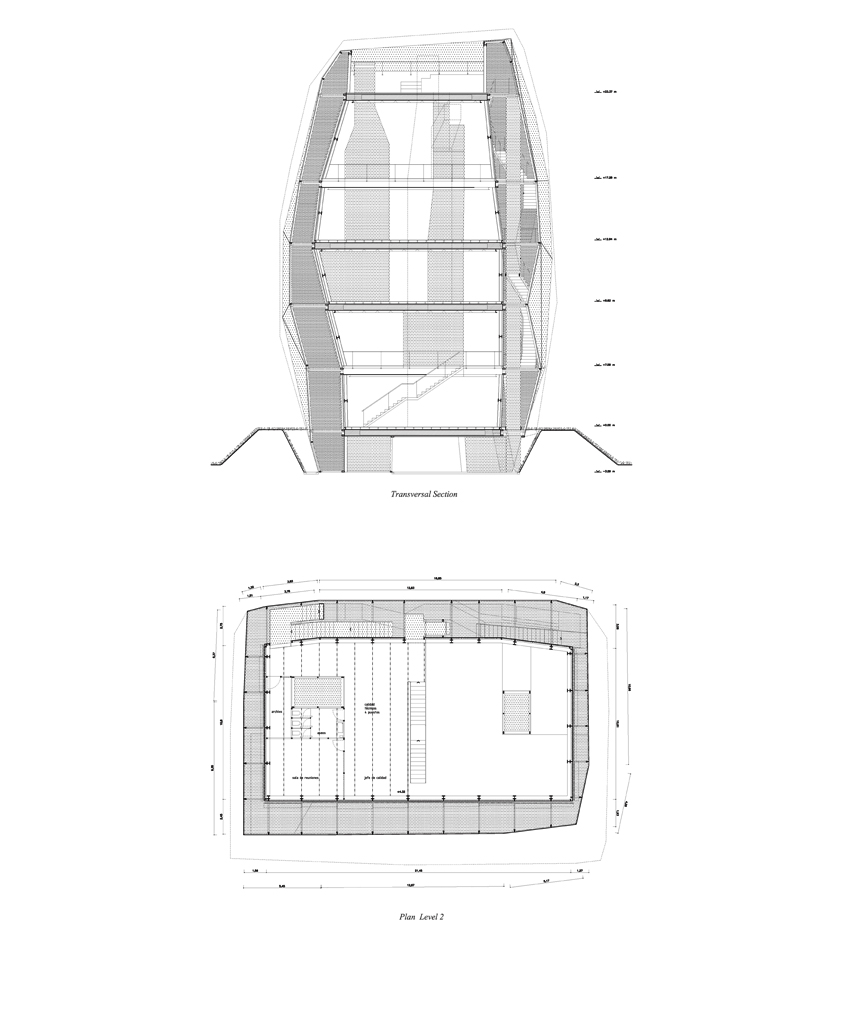 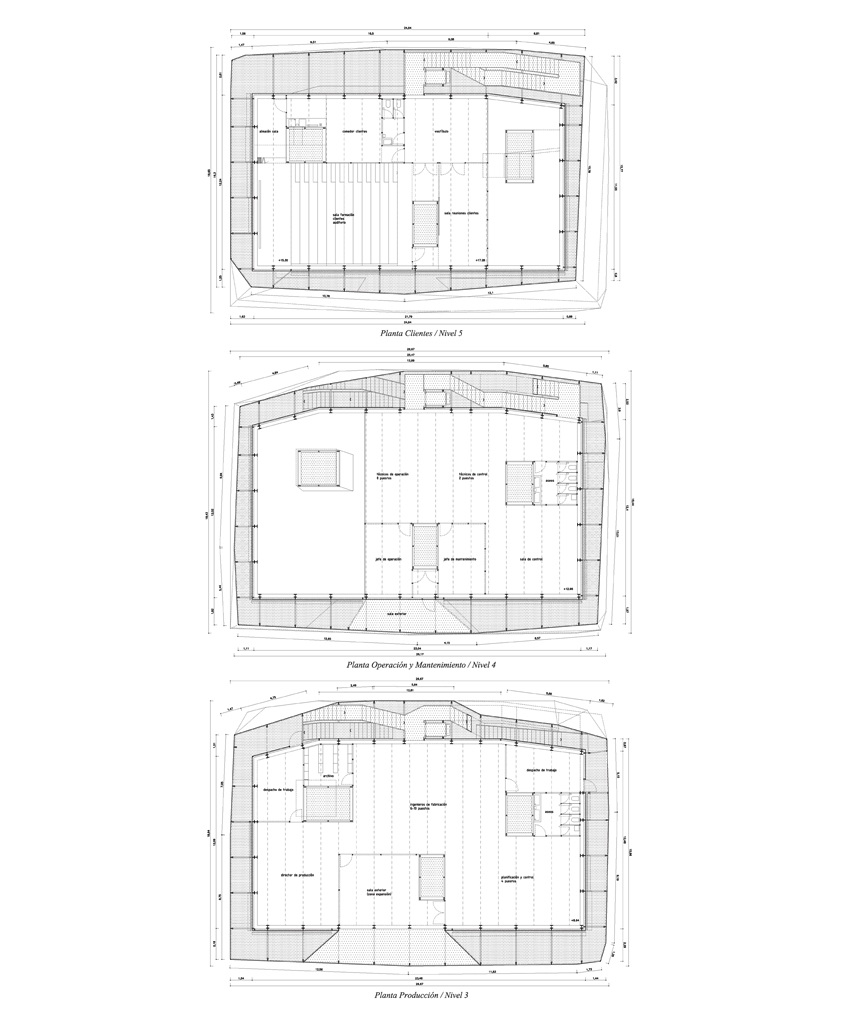 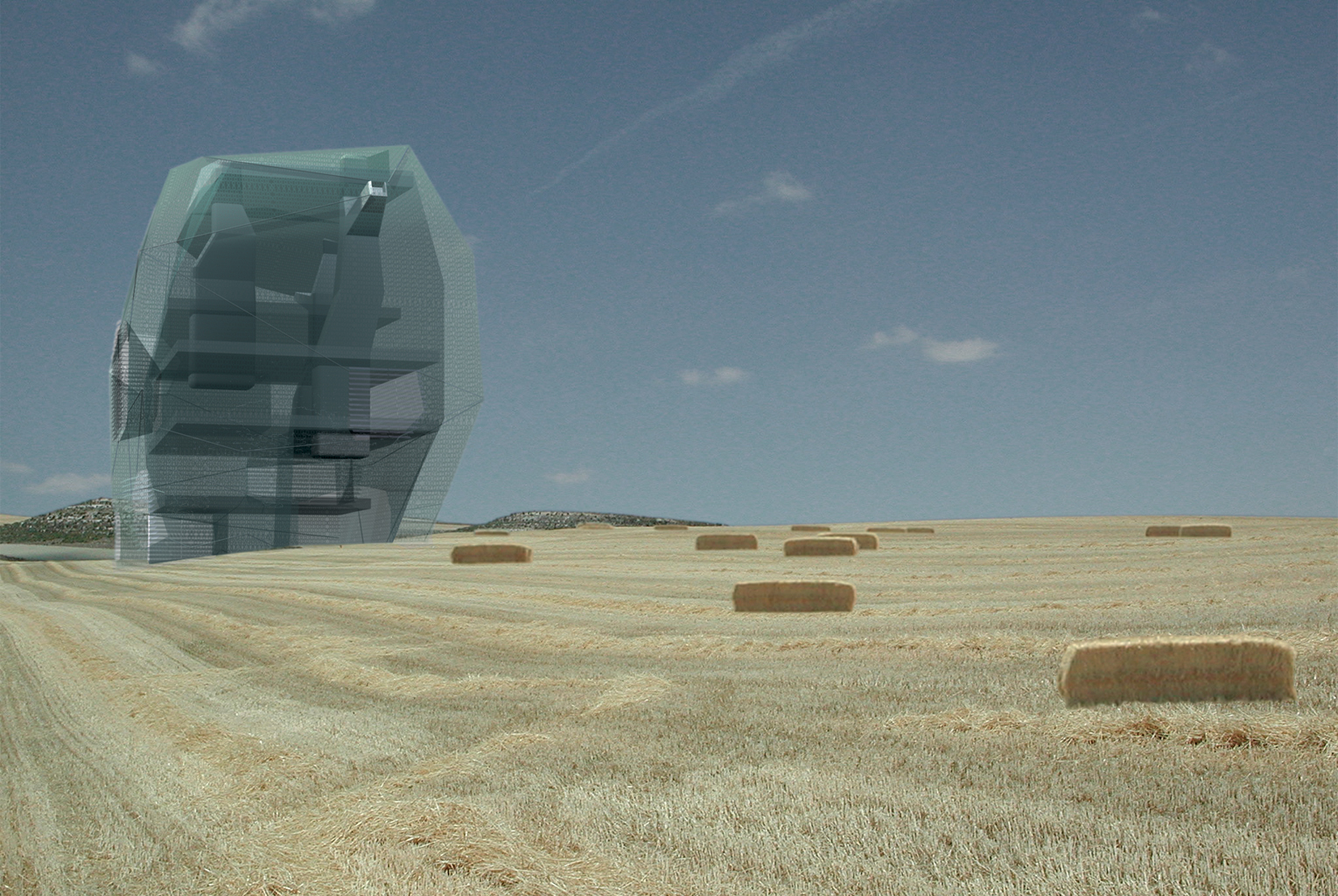