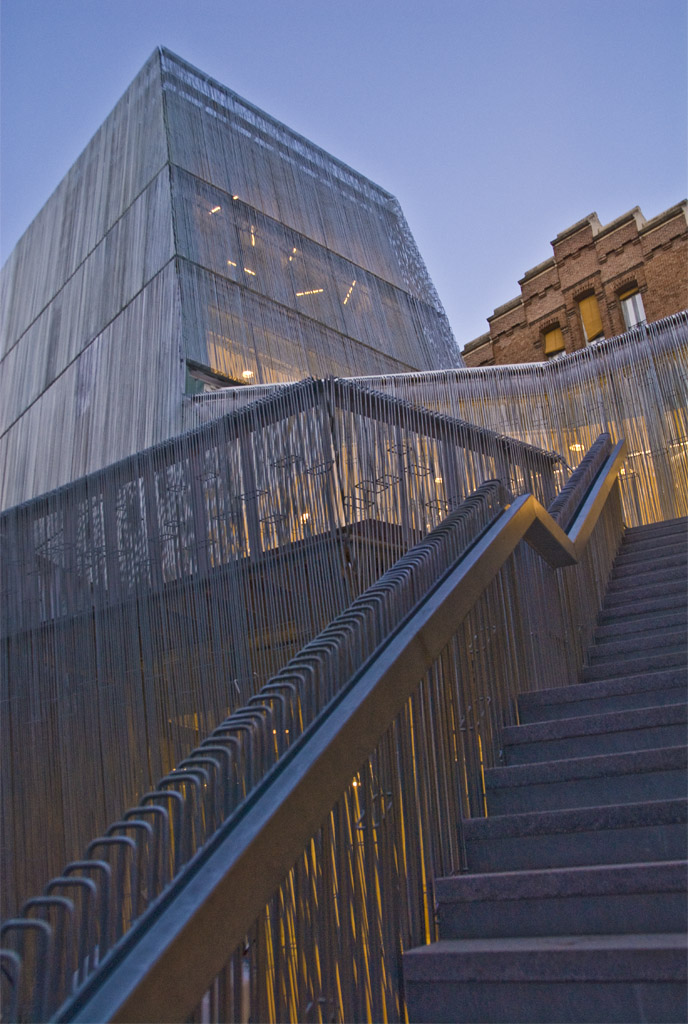 The Institución Libre de Enseñanza (Free Education Institution) was set up in 1876 as a constantly evolving experimental laboratory for new teaching methods. Its founders were a group of university professors convinced of the need to reform society through education. Alongside the foundation’s intellectual and material heritage and its links with other institutions, there is the intense sentimental projection of a group of people associated with this physical, living fragment of Spain’s intellectual history. The working material – their collective identity – is just as sensitive, just as difficult to define and assess as is its spirit, which stands for a special way of feeling and thinking.
The range of initiatives implemented on this site strive to reflect Francisco Giner de los Ríos’ vision of the landscape and the natural environment – a multisensorial, egalitarian approach. He understood the landscape both as an educational resource and as one of the main products of culture. The project recreates the spatial organisation of the historic site, in the form of an inner garden surrounded by small pavilions. A series of interconnected but perceptively independent pieces are ‘surrounded by a girdle of greenery’, in keeping with the institution’s guiding principle of getting ‘as utterly close as possible to life outdoors’ and providing ‘each child with at least one cubic metre of air’.
There is thus an inversion in the goals: the garden becomes the space to be determined and defined via the rest of the actions. The proposed spatial system is a series of rooms, some enclosed and others outdoors, which redescribe the existing garden. A system of ‘clear, winged halls’, connected by a vertical communication system, stretches along the site boundary.
The new garden is proposed as a year-round work in progress rather than a frozen final image. The result is a simple garden free of geometry and figures, whose main interest derives from evolving changes in the course of the year. This garden, like the Castilian plateau in Giner’s eyes, is not green but purple, coral and silver; defined not only by the changing colours of the plants but by the changing filigree of the cladding and the overlapping succession of leafy envelopments – the vegetation, the outer wall, the reflections in the glass, the bearing structure, people in movement, the stairs and the permanent exhibition system.
The size and position of the rooms is defined by our moving eyes, based on a precise study of the lines of sight of the new route inside the garden. If we regard our eyes as projectors, rather than screens for capturing information, then we can use them to shape the diagonals, the overlaps of the different planes of the garden. 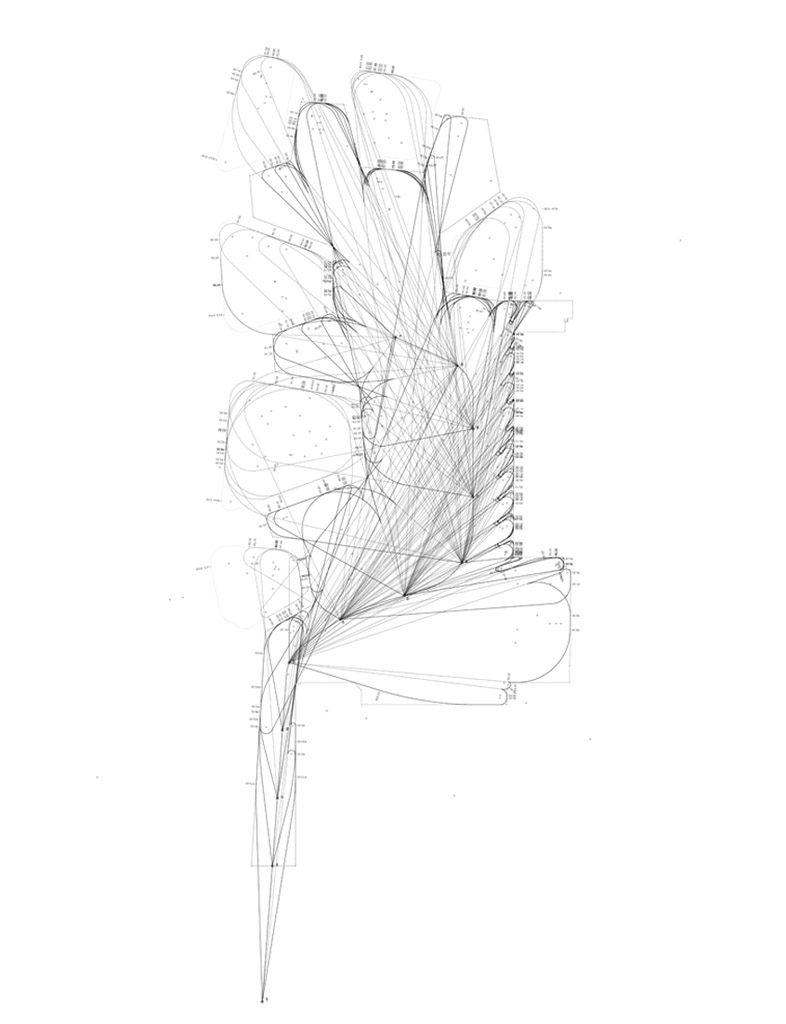 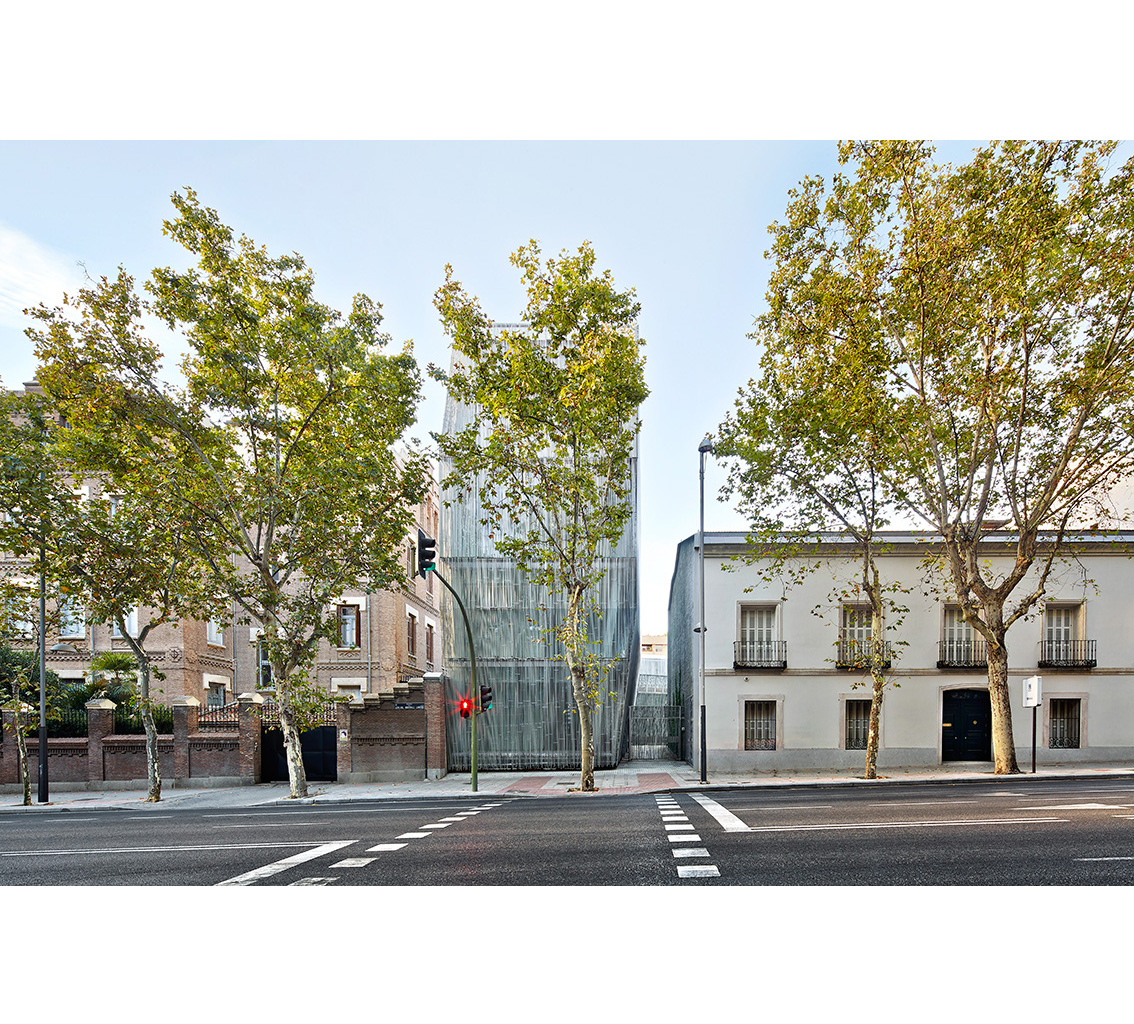 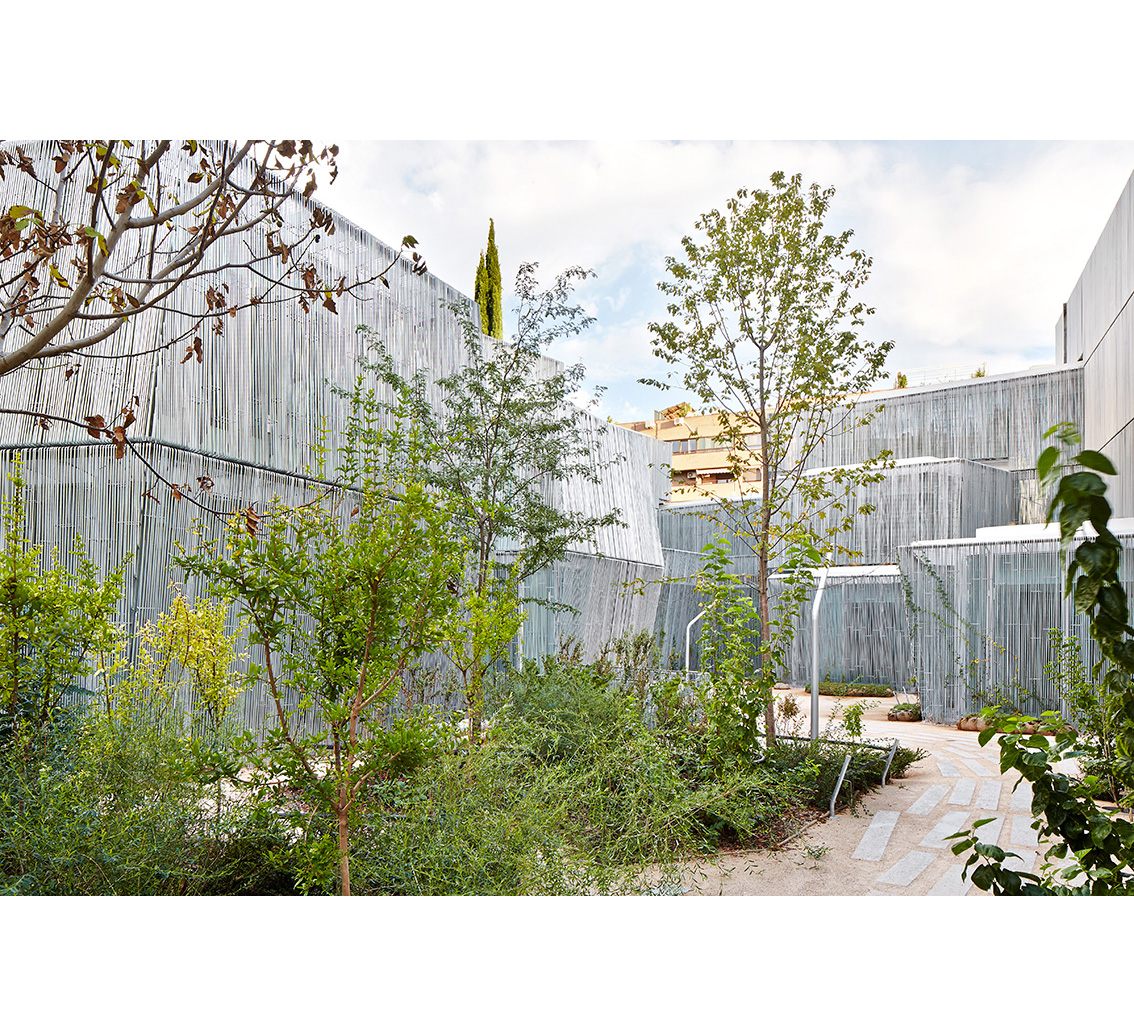 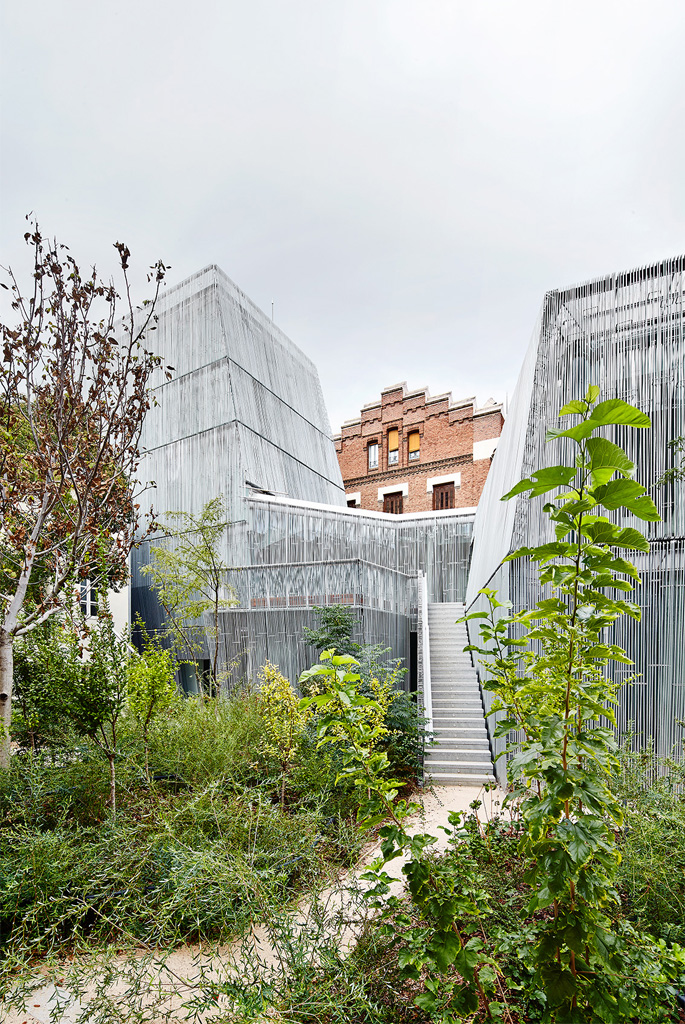 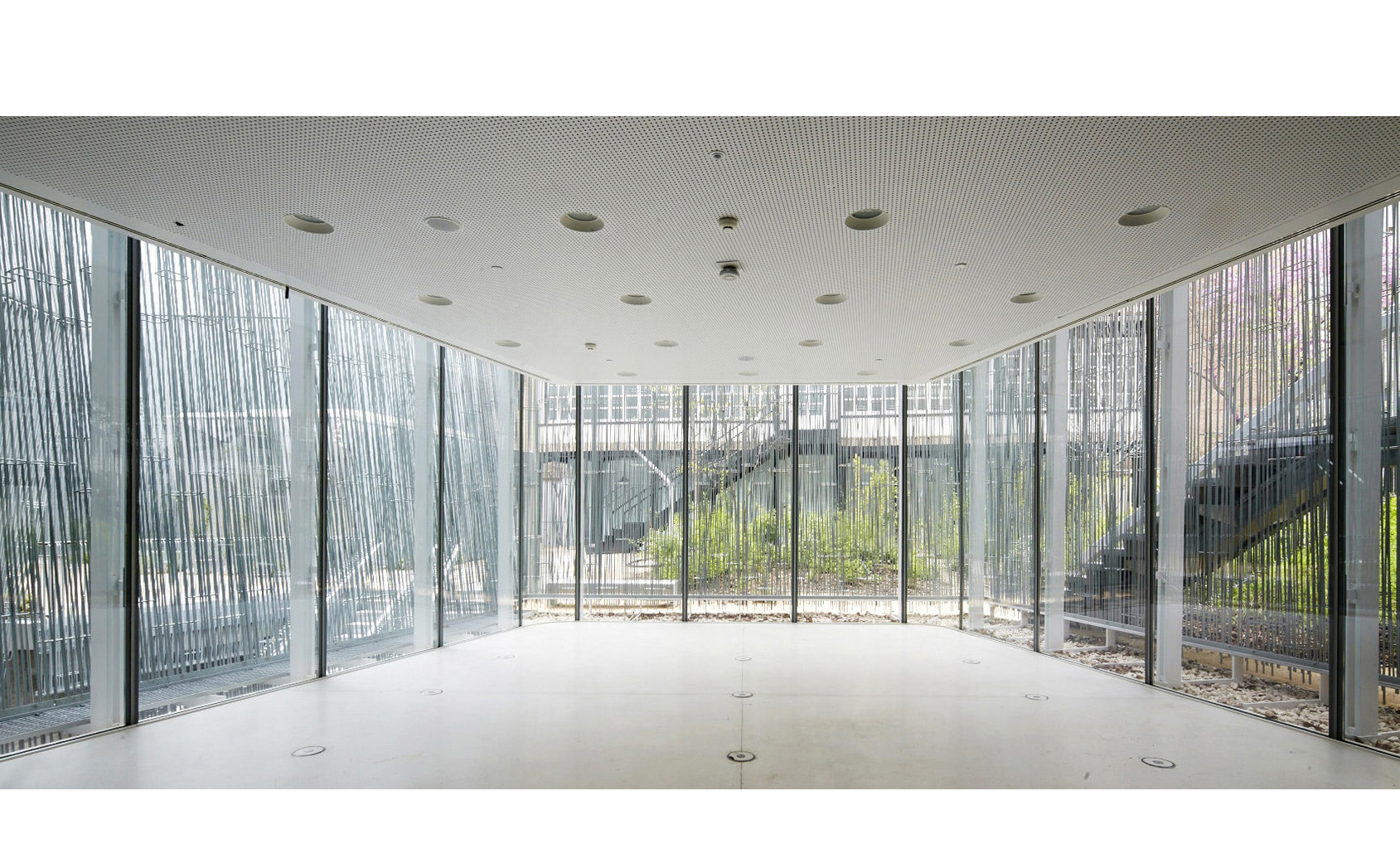 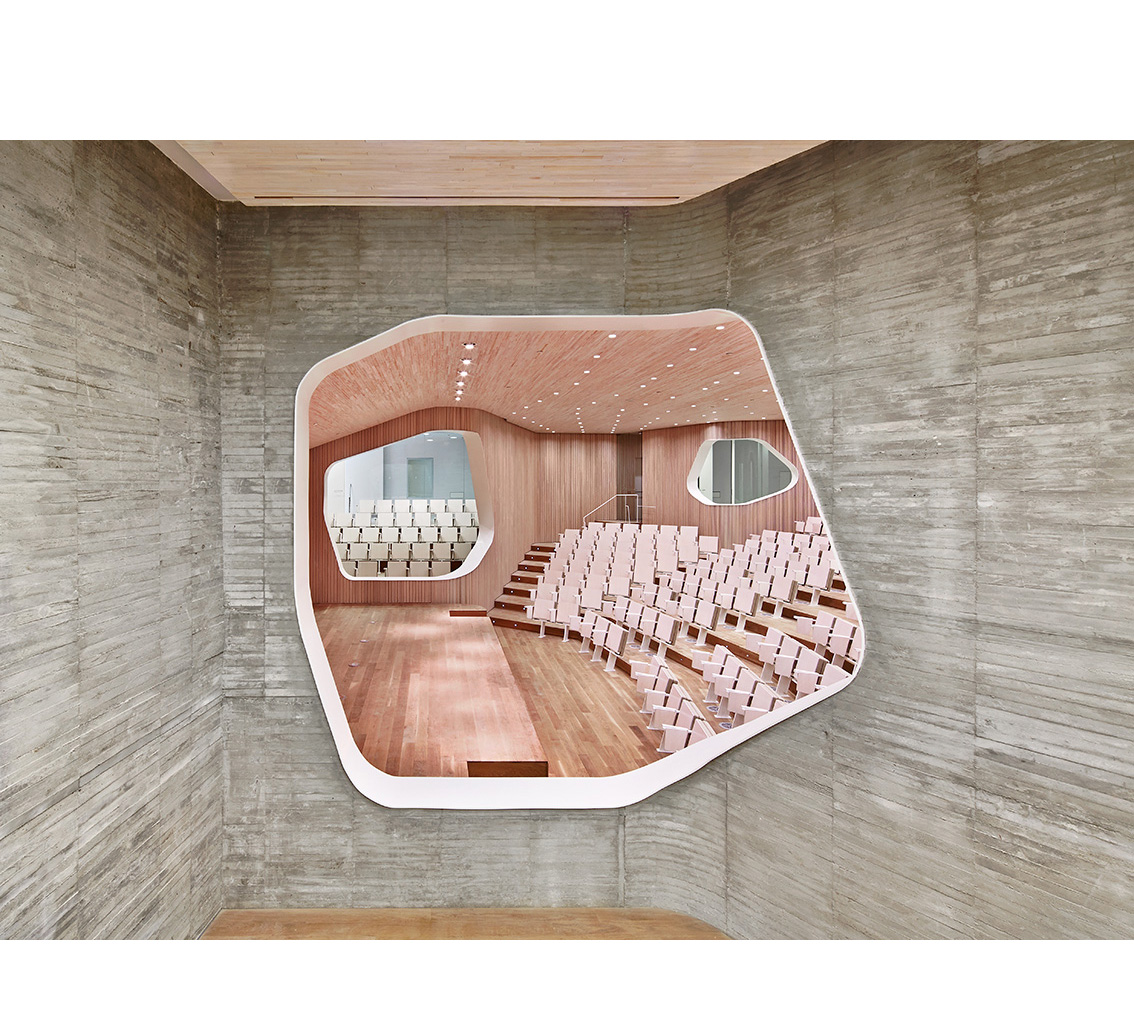 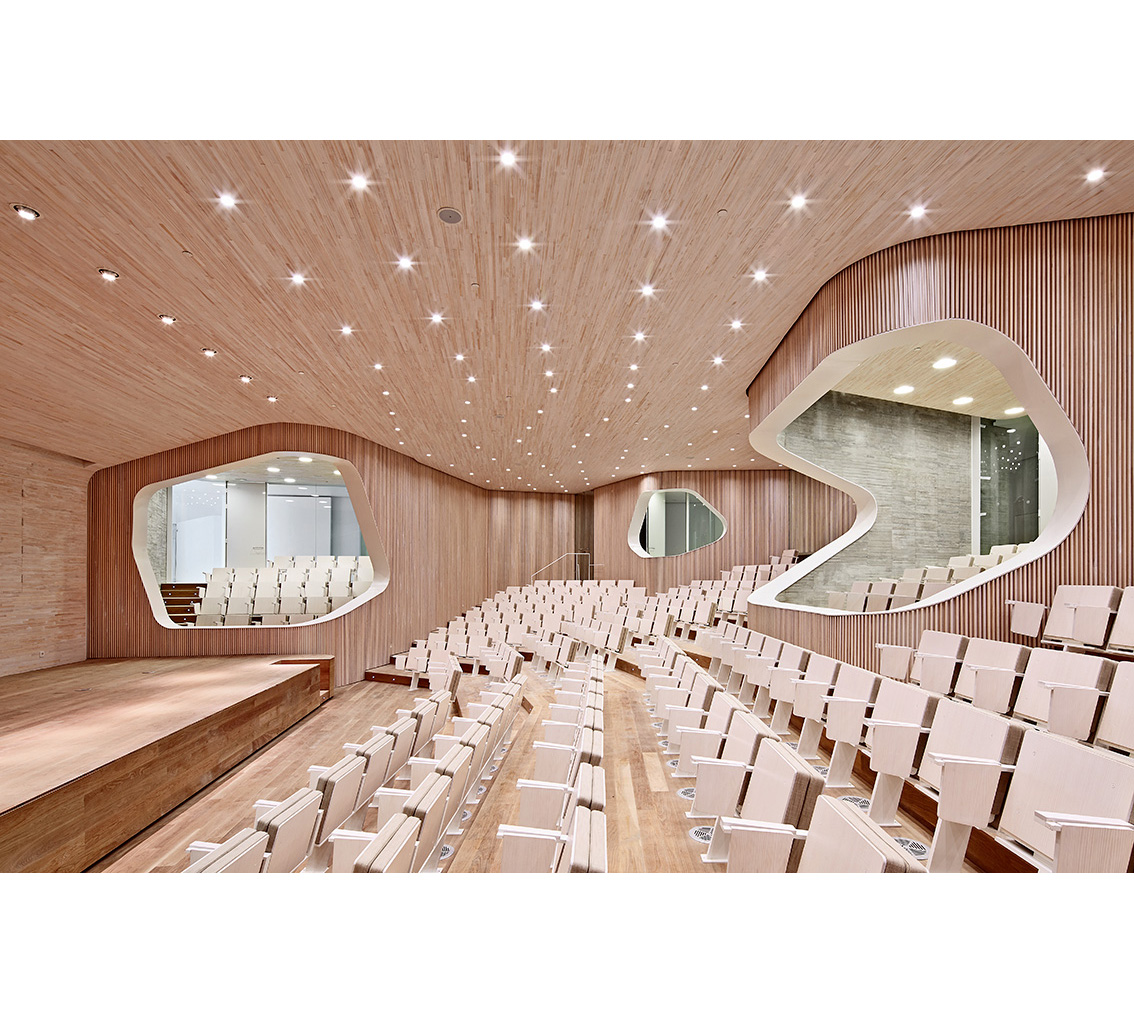 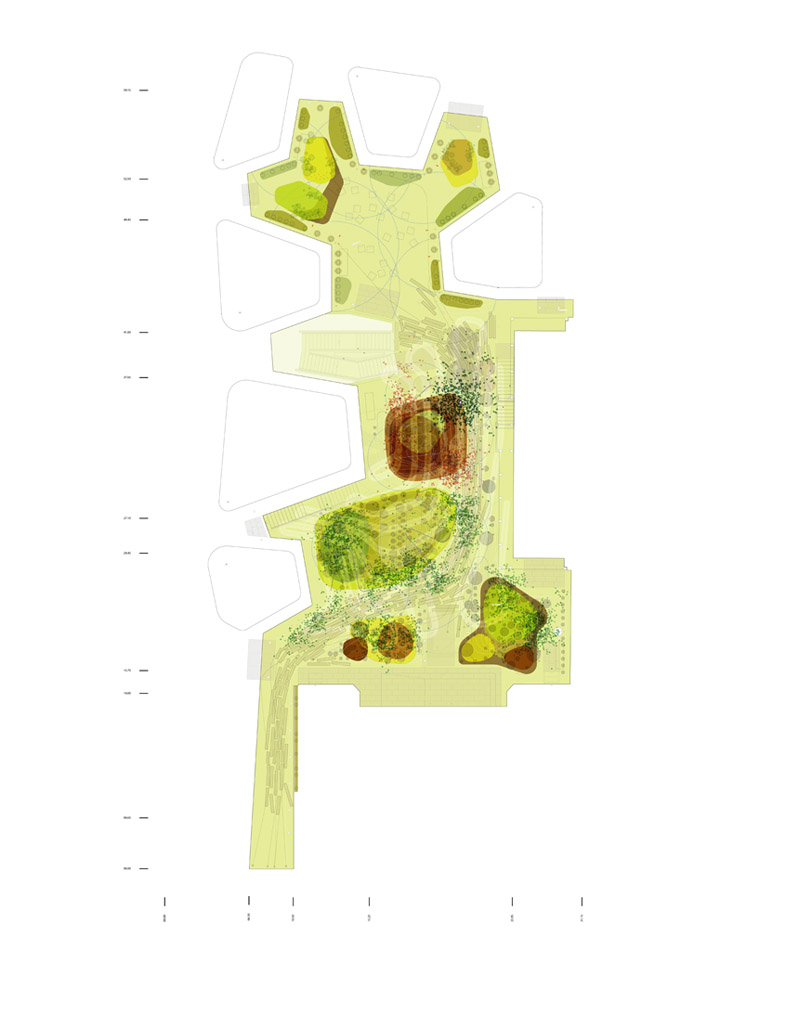 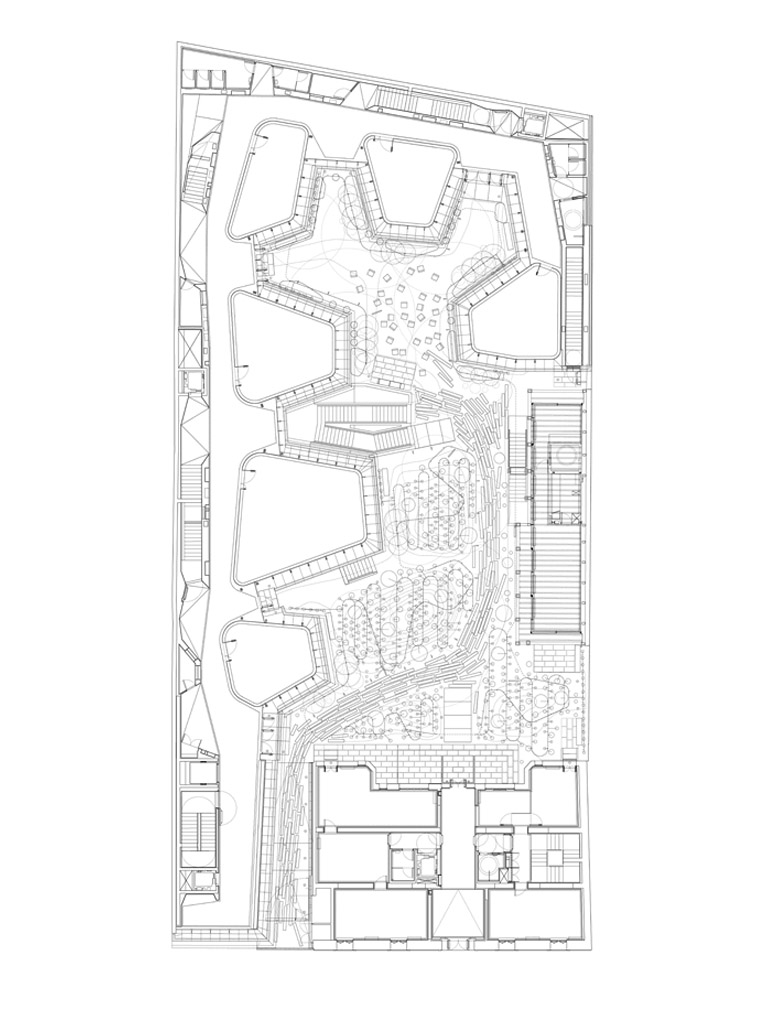 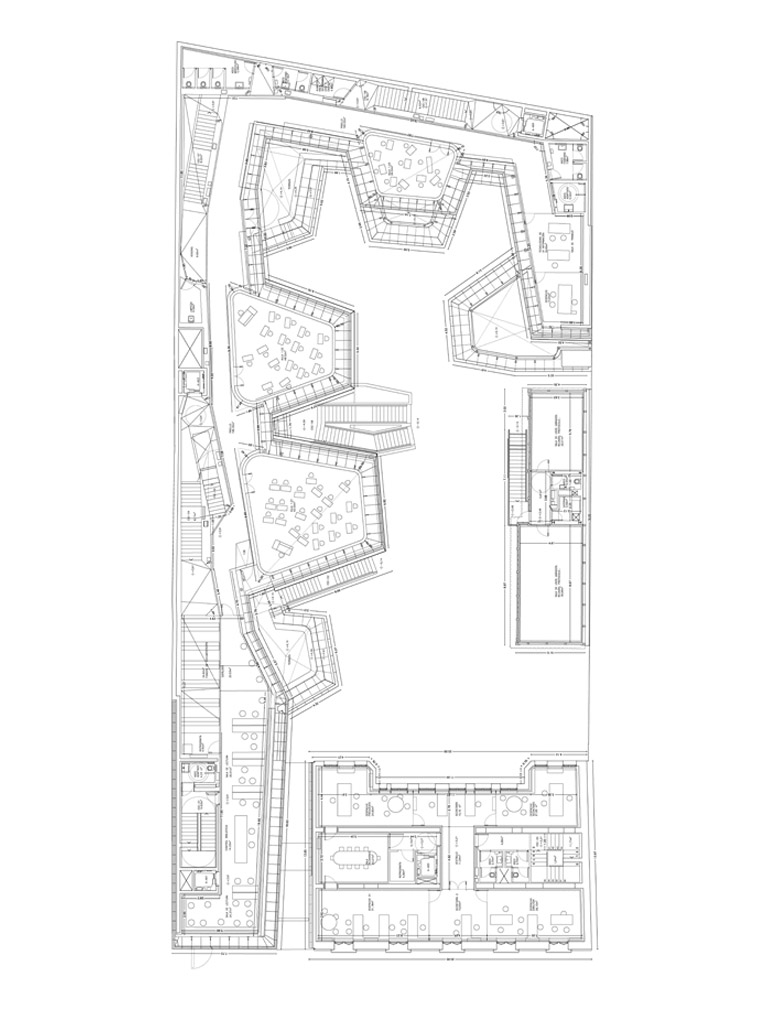 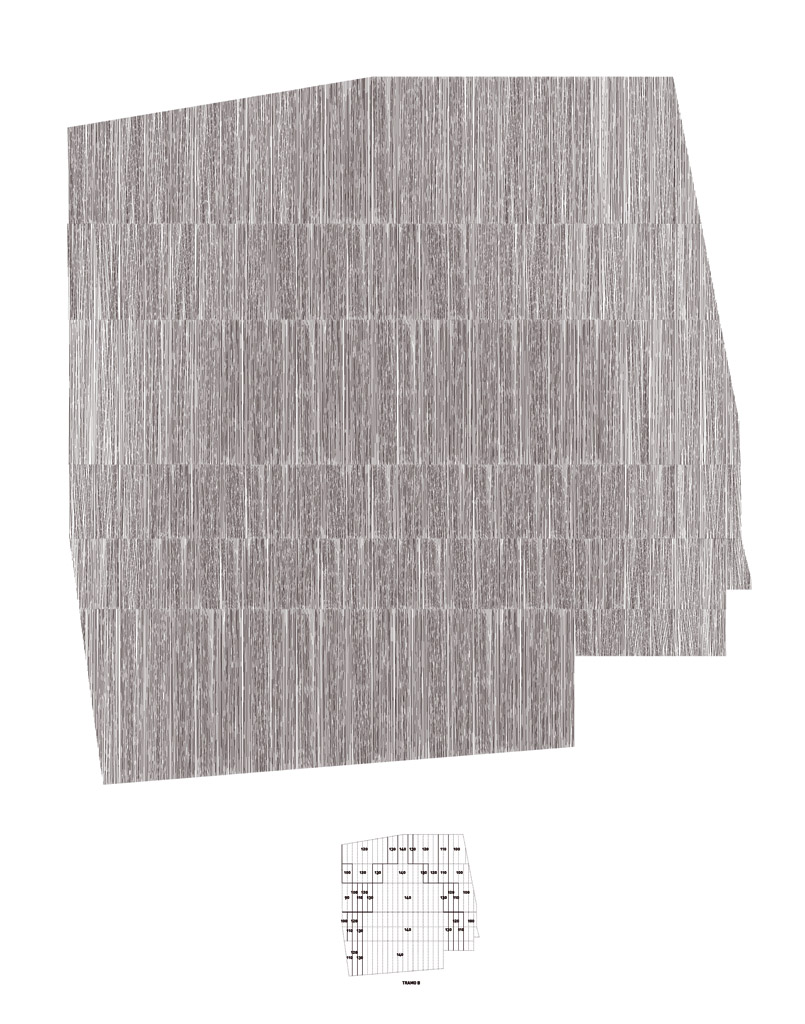