Almost the whole of the Jerte Valley is covered by single-species cherry orchards that grow on stone-walled terraces – each wall spanning the width of a single tree. Each year, in early spring, this landscape is briefly transformed by a natural spectacle: a continuous blanket of white cherry blossom covers the whole valley, drawing throngs of tourists who sit in traffic jams in this surreal, oneiric landscape, amid the flowering cherry trees. The Cherry Blossom Festival is halfway between a traditional procession, a rave and a pagan, Dionysian celebration of the fruits of the Earth.
For the Cherry Blossom Festival, we propose the construction of a modern chapel – a building that forges an intense bond with the landscape through its presence, its position, its volume and its material; an assertive building which uses its scale to establish a point of reference for the entire valley; a church for processions, a secular chapel floating in the midst of the landscape, raised off the ground, making the ascent towards it a perceptive spectacle and a tool for the appropriation of the surrounding landscape.
We propose a hybrid of a cave drilled through by big holes, where light filters through the flowering cherry trees, and an interior space defined by its structure and light; a rock with biological and natural associations, placed in the midst of a specialised landscape of terraces and cherry trees; a building that can remain closed for months.
The building space is defined by a family of five elements: the concrete ambulatory ring, the steel and mixed membrane shell (covering the concrete ring like a skirt), the basement (composed of series of underground rooms defined by a curved concrete wall around the spaces) and the concrete ramps and stairs (which link the basement and the amphitheatre to the surrounding spaces).
The shell is a three-dimensional structure that behaves like a dome and is made of slender interwoven steel components that form rhomboids, triangles and pentagons. Its cladding is a continuous three-layer membrane which adapts to the initial geometry using differently sized tesselates, depending on the curvature of the surface. Moving inside, this organisation is replicated to form a faceted surface that facilitates the fine adjustment of the hall acoustics. Initially based on two tetrahedrons joined on one side, the dome surface is perforated at seven points for the entrance, light and views of the valley landscape.
A floating item amidst a landscape of cherry trees, oaks, stone terraces and fog, where we can work with issues that now have a poor reputation: an ambiguous but intense relationship with history, with interior space as a perceptive chamber, with qualities taken from the world of objects, form and figure, as tools used to relate to the landscape. In this valley, where the colours change in the course of the year, we propose the construction of a building with a two-toned skin, tessellated, tense and continuous, which will overcome the fog with its sheen, contrasted with the chromatic changes in the landscape, from green to white via red. 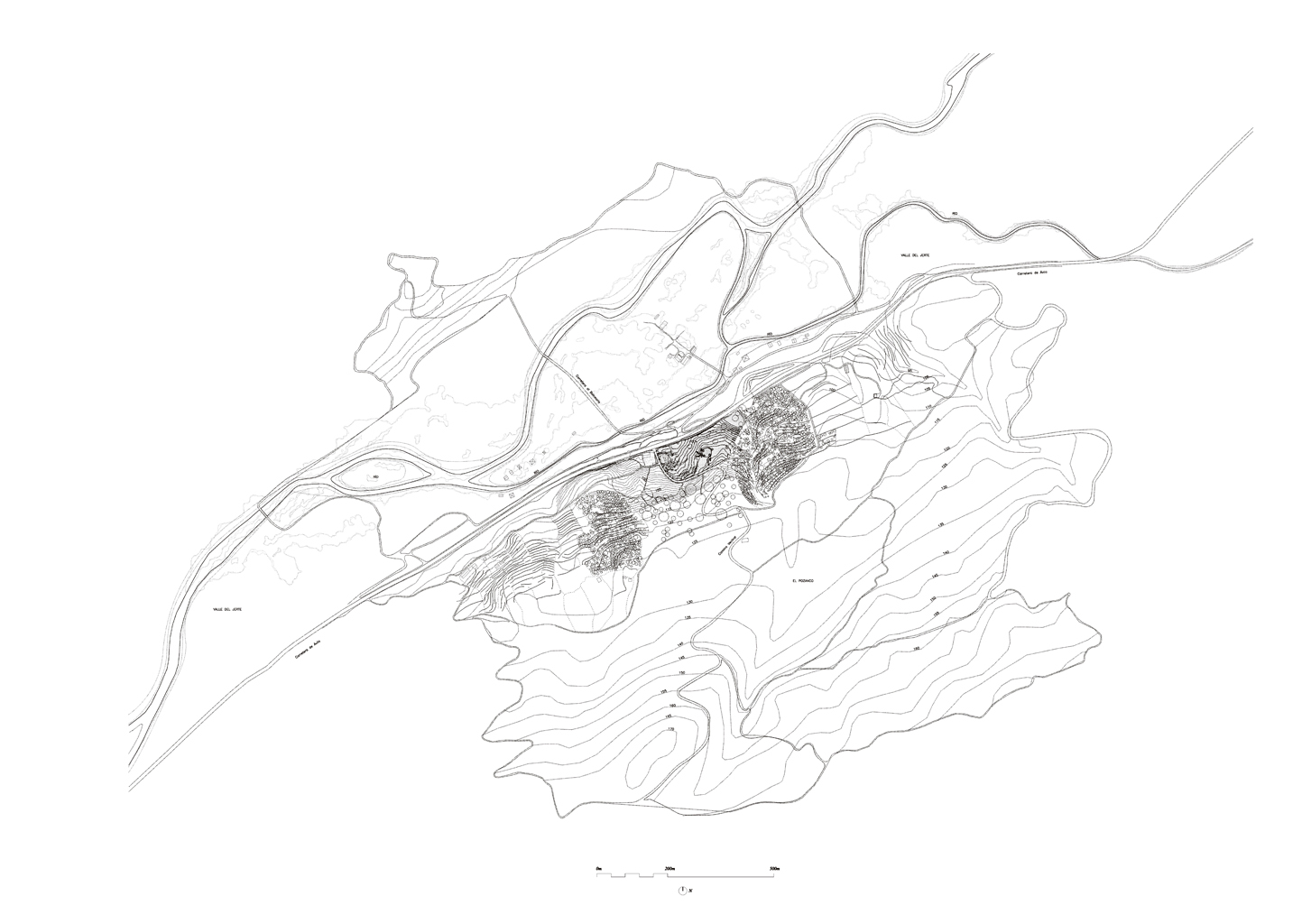 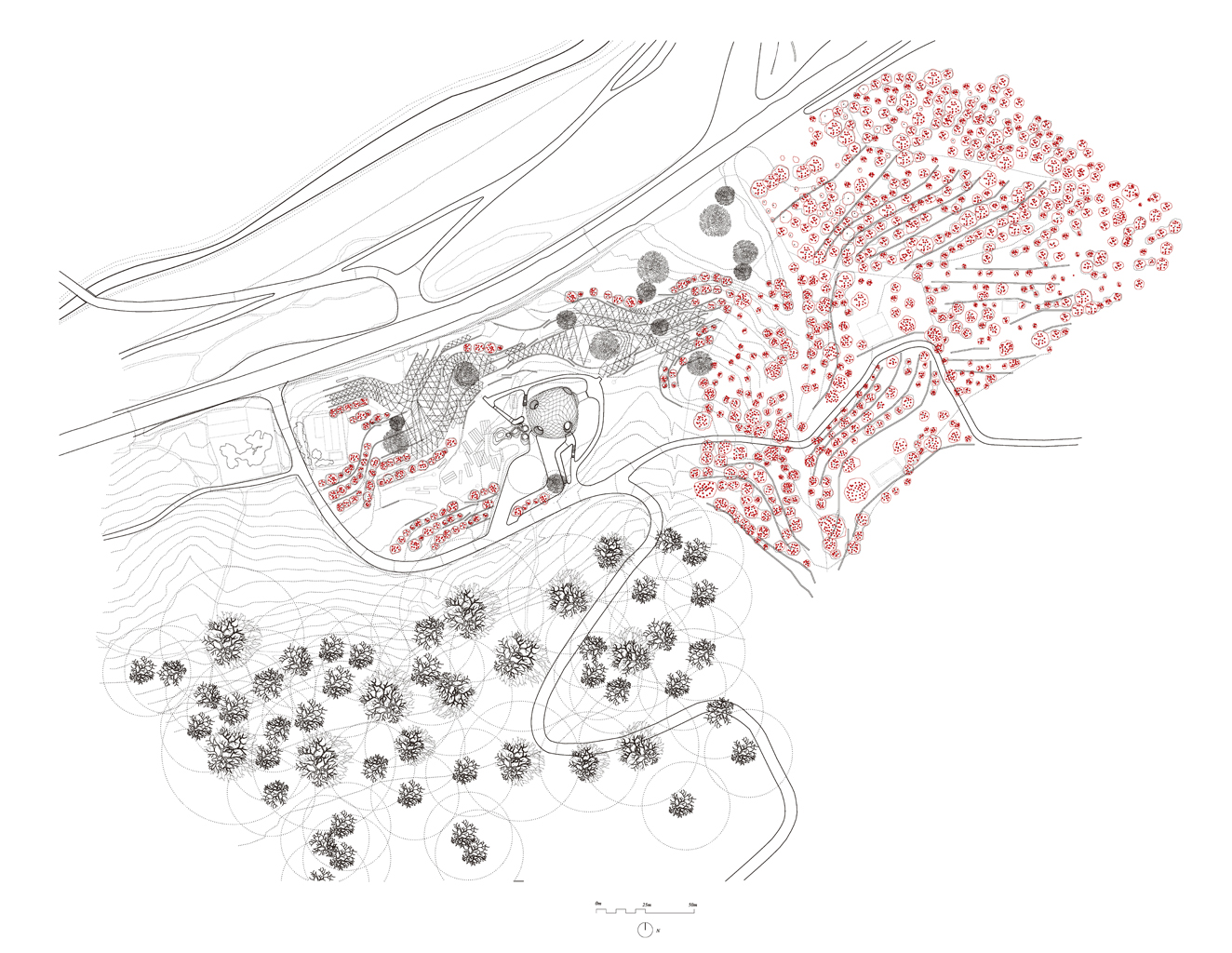 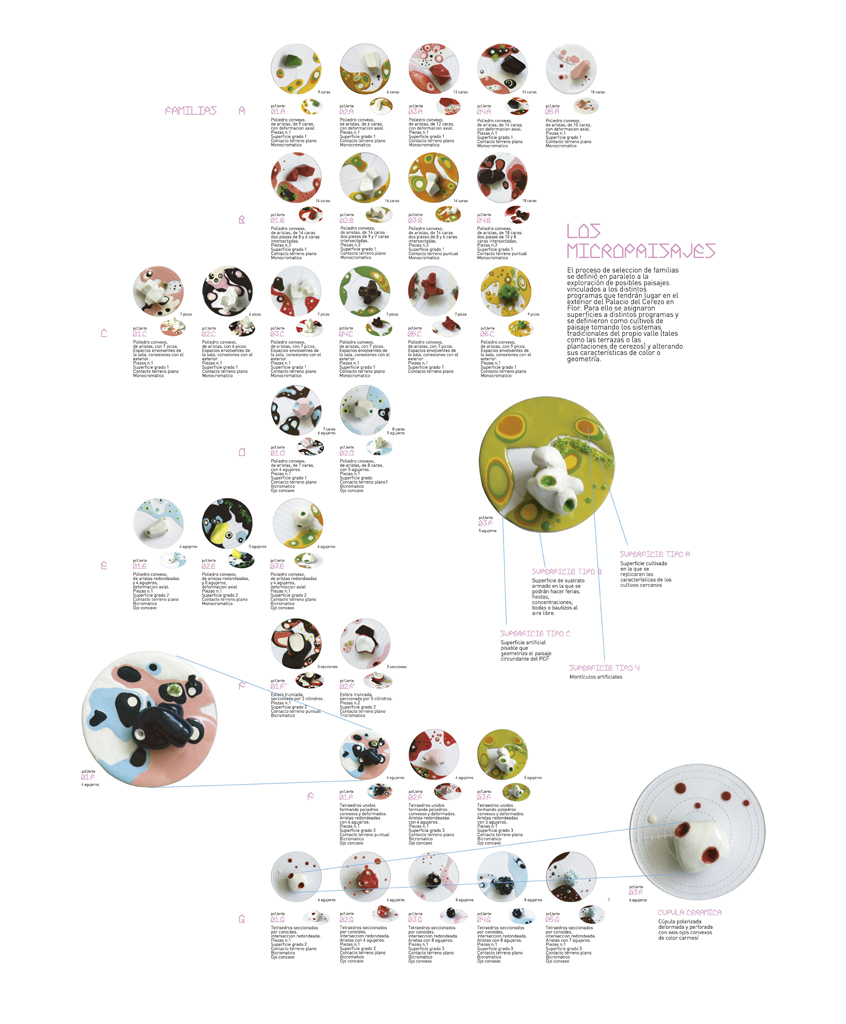 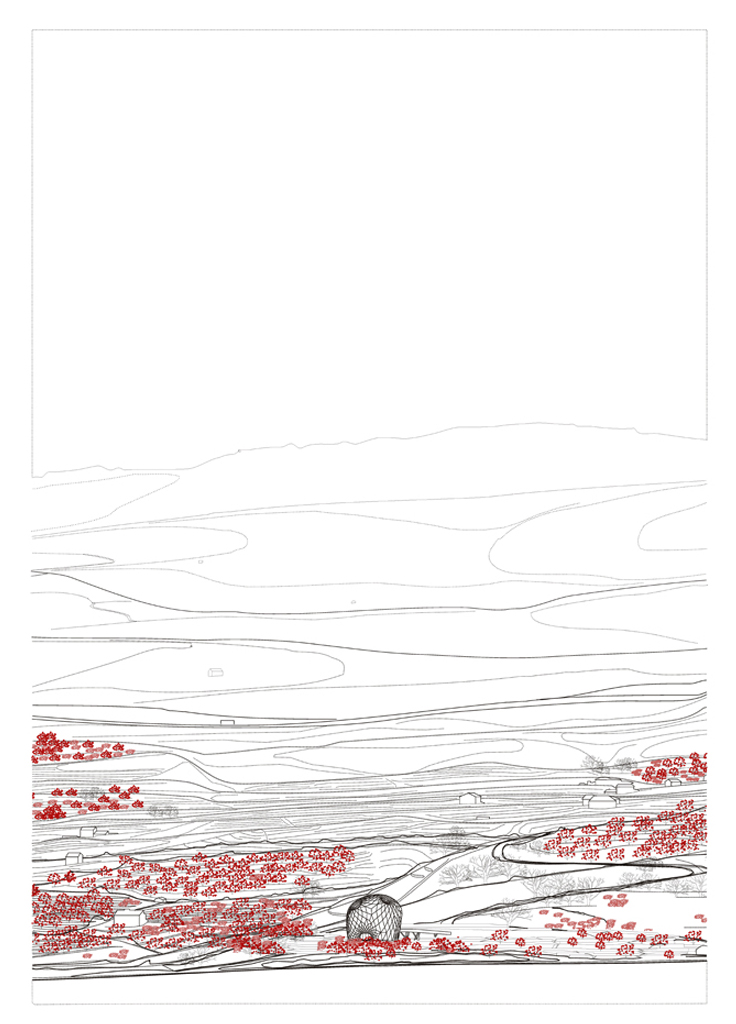 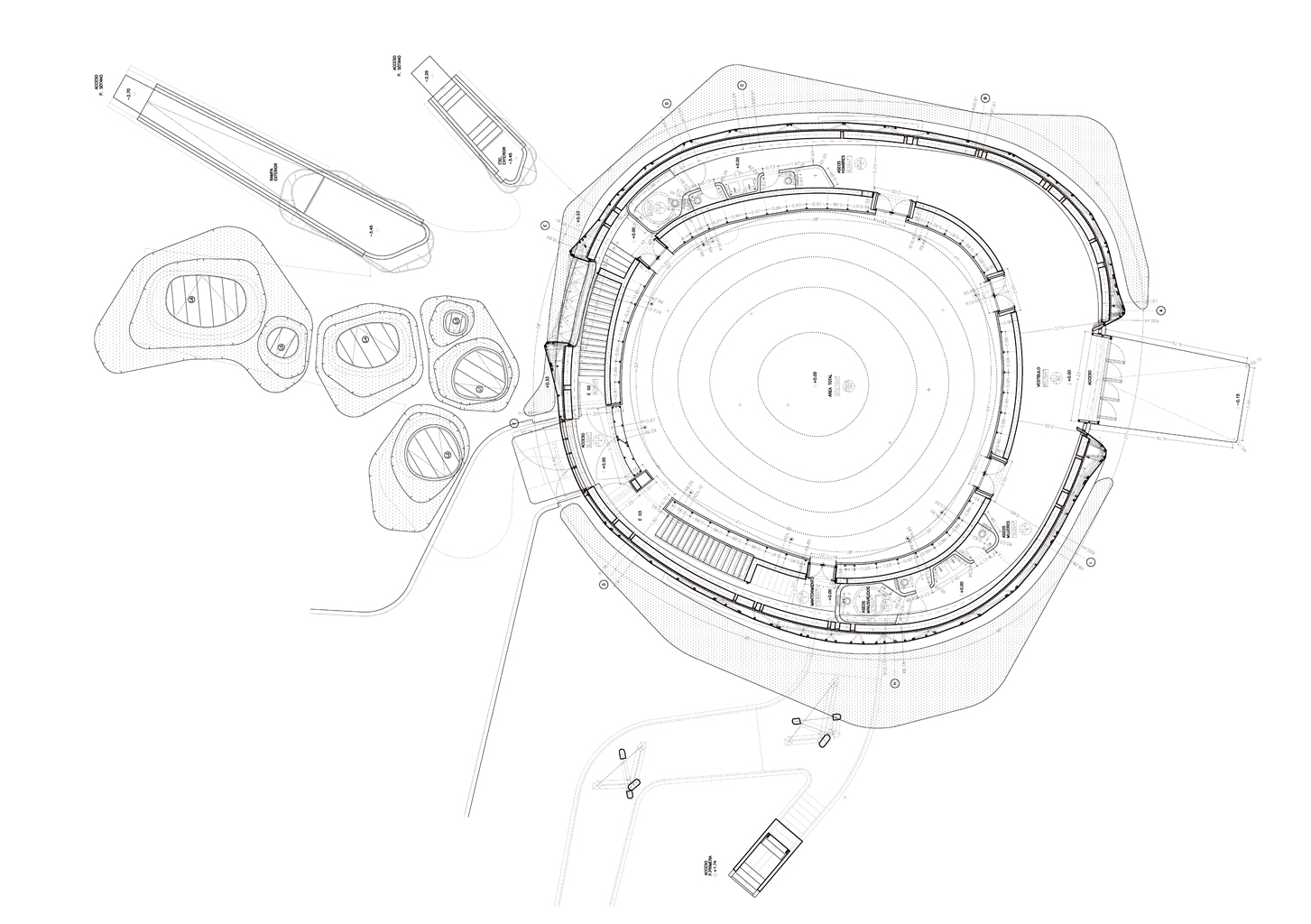 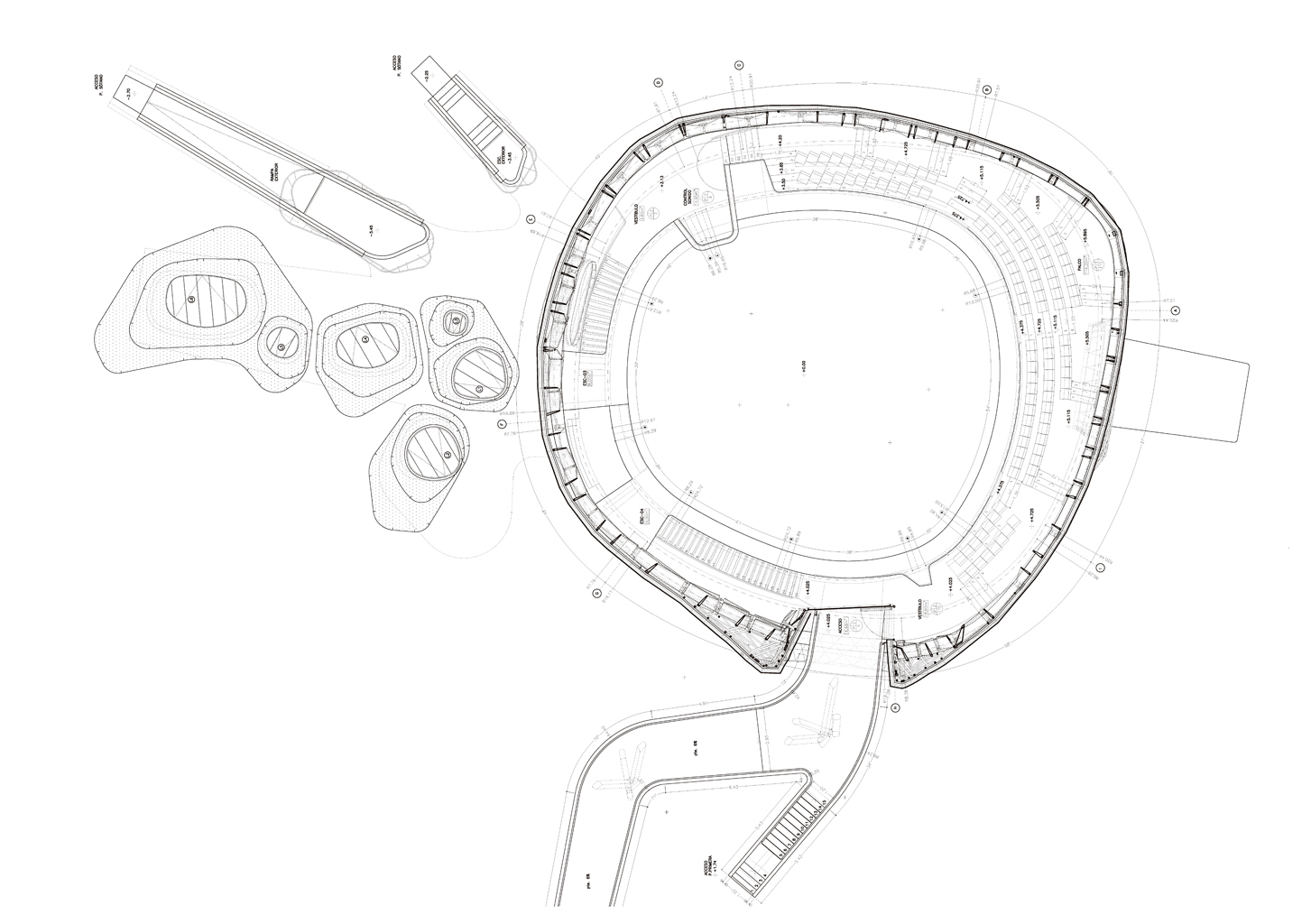 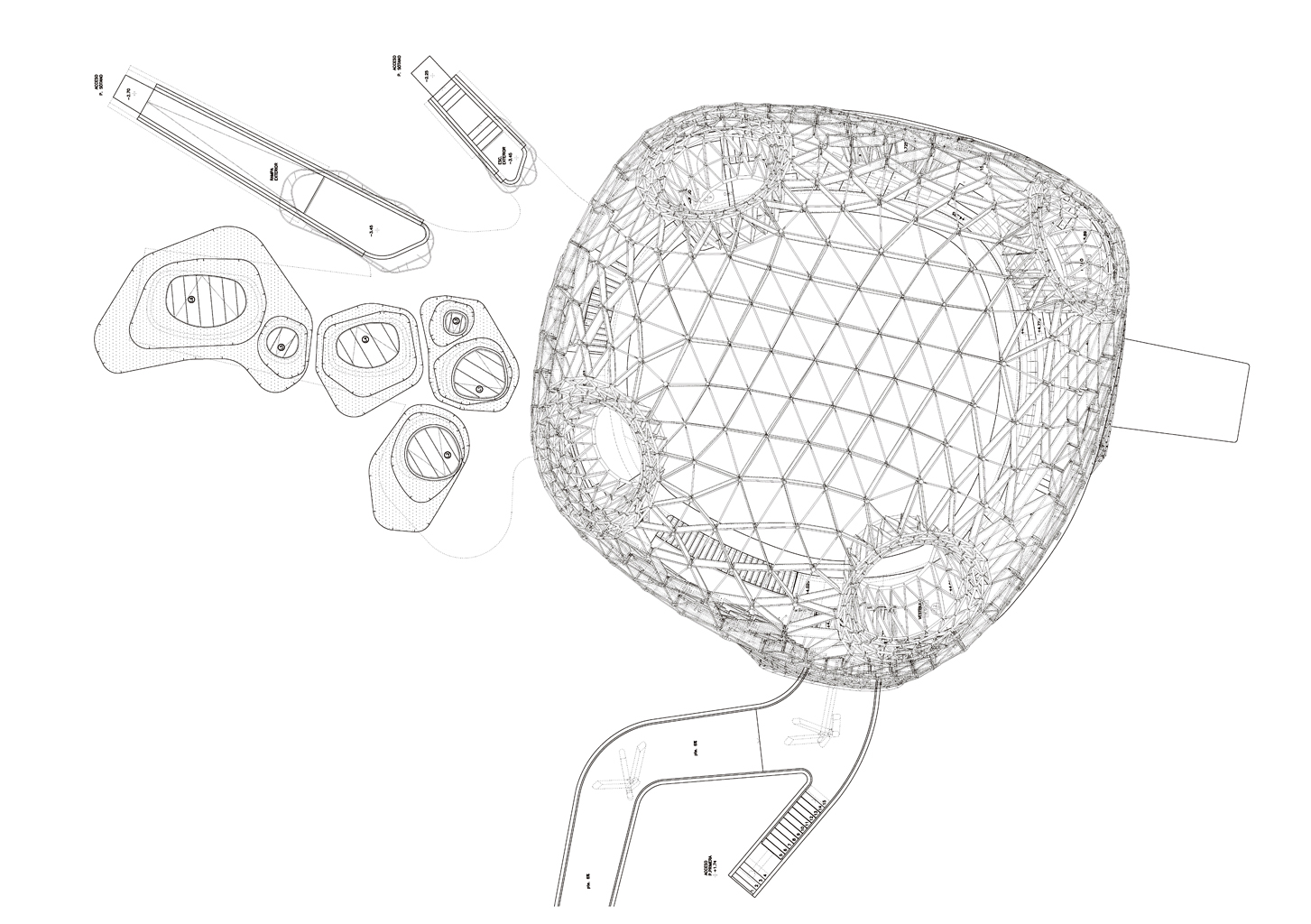 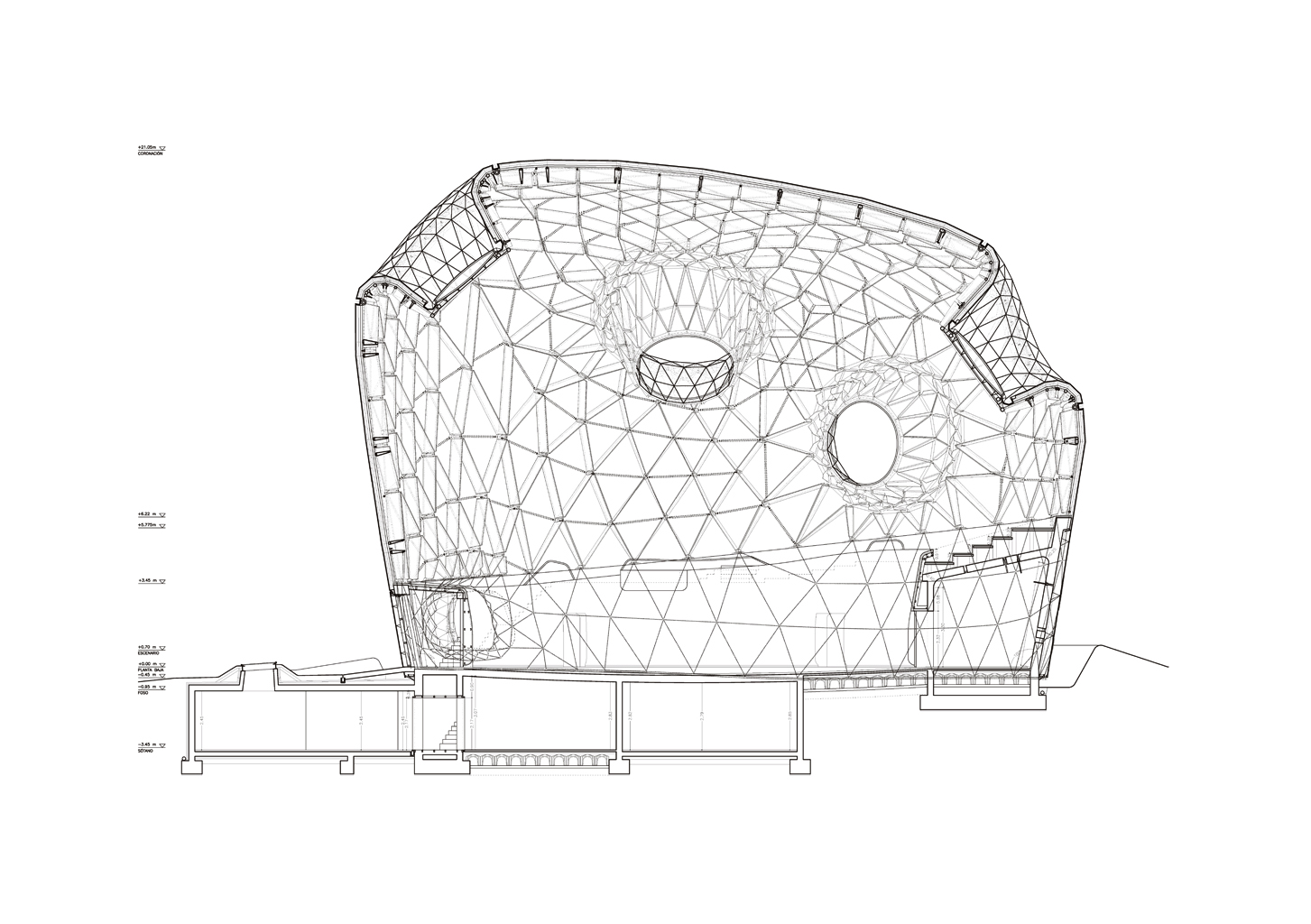 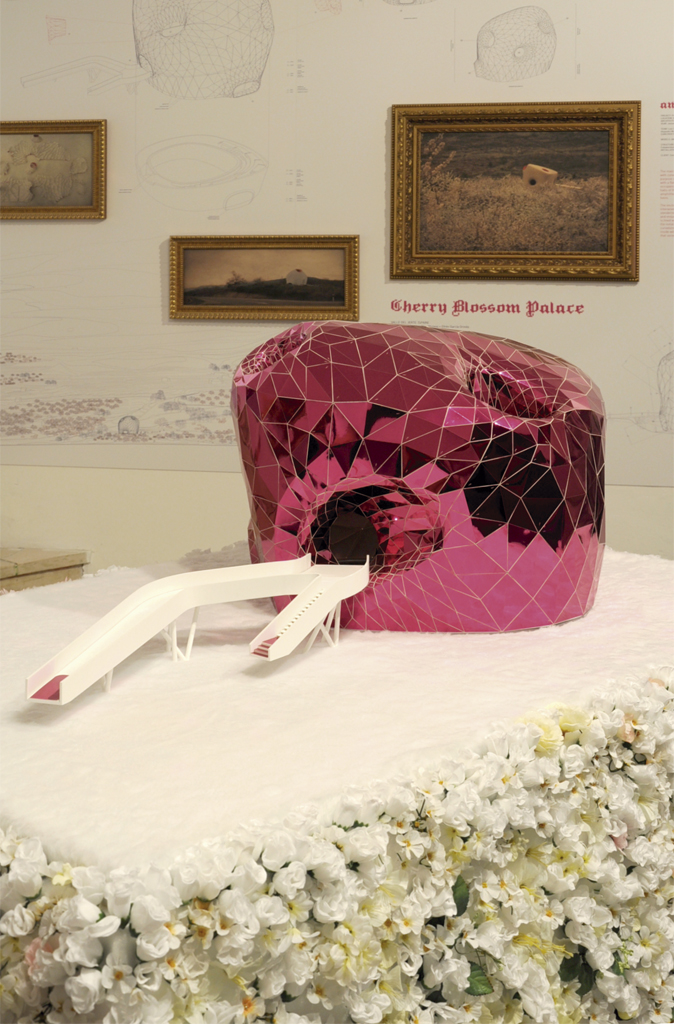 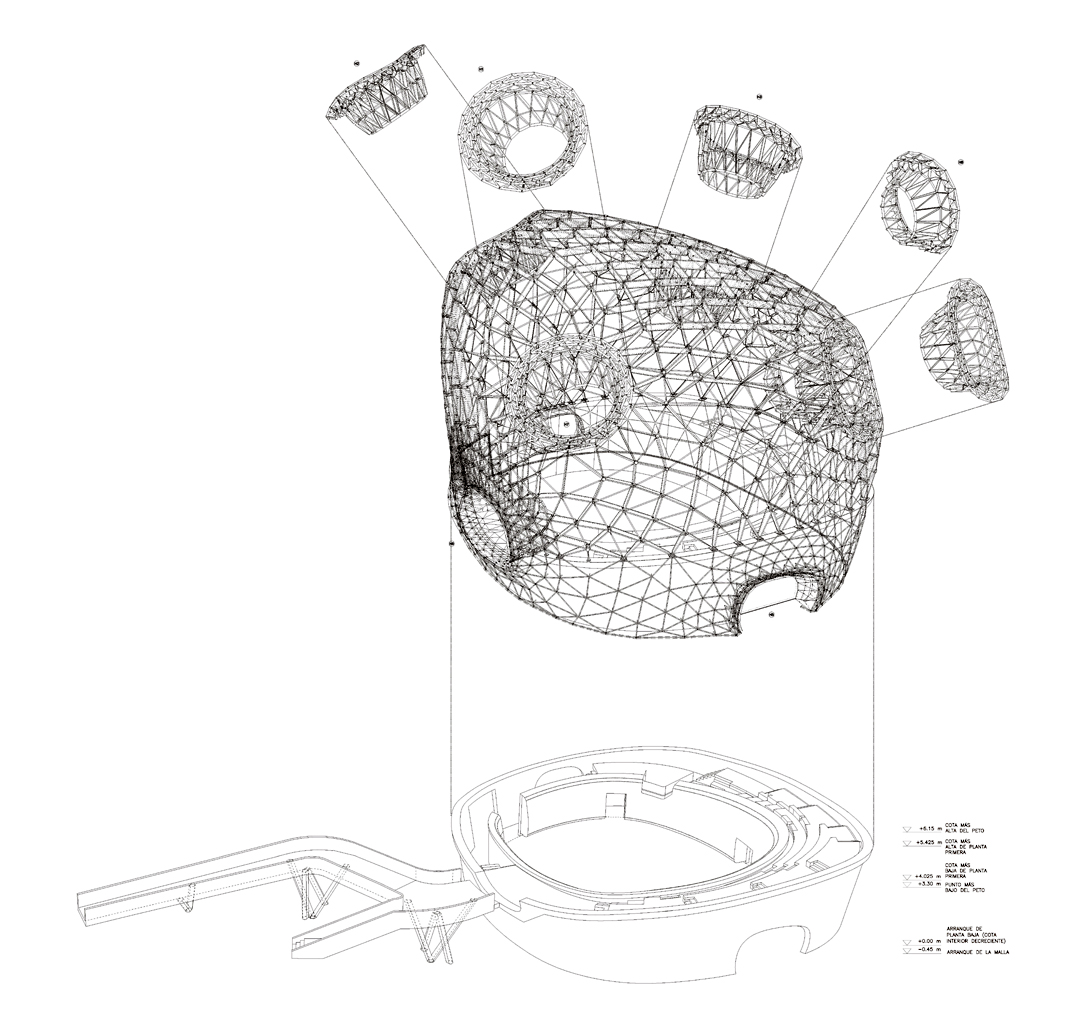 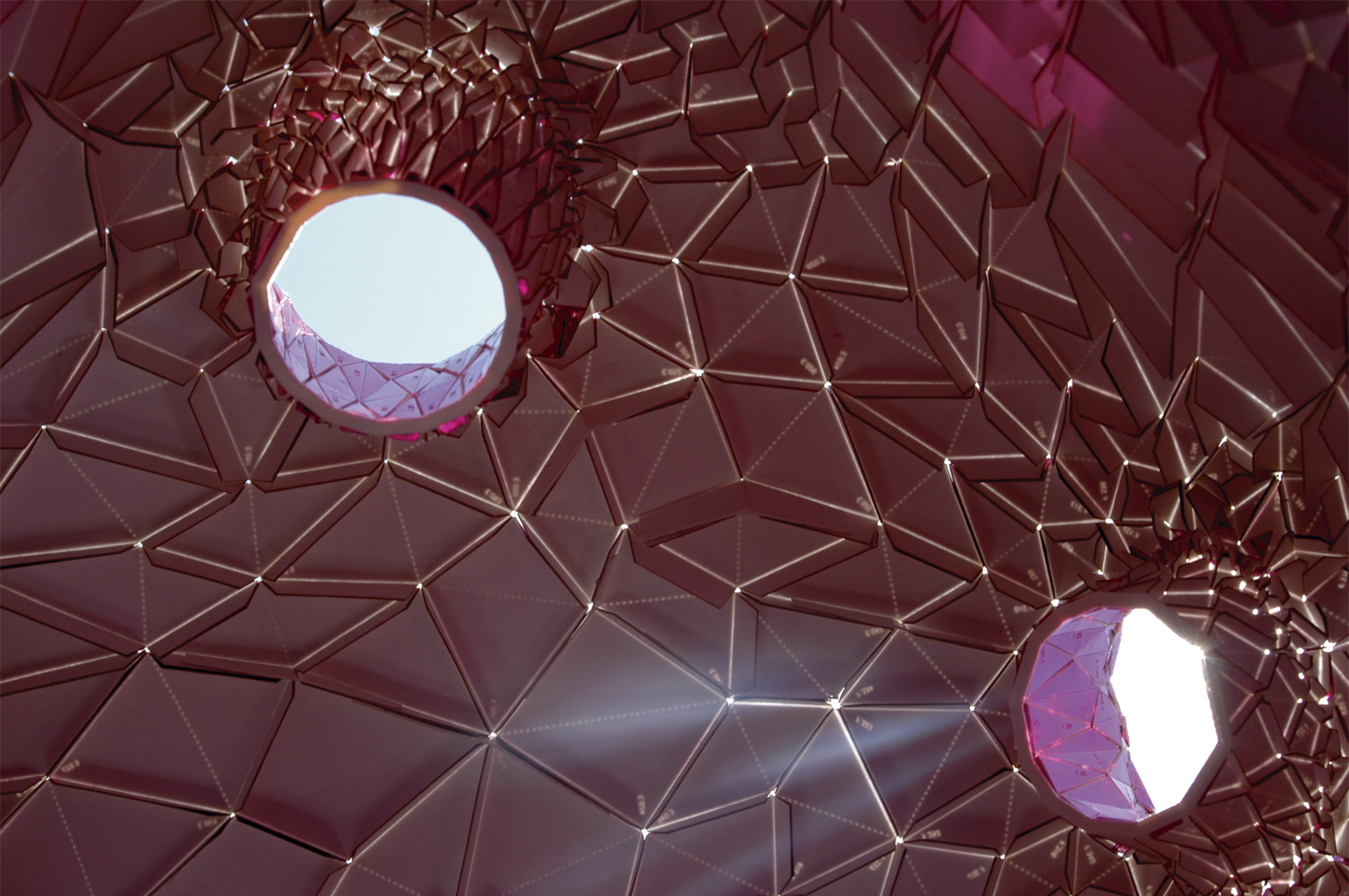 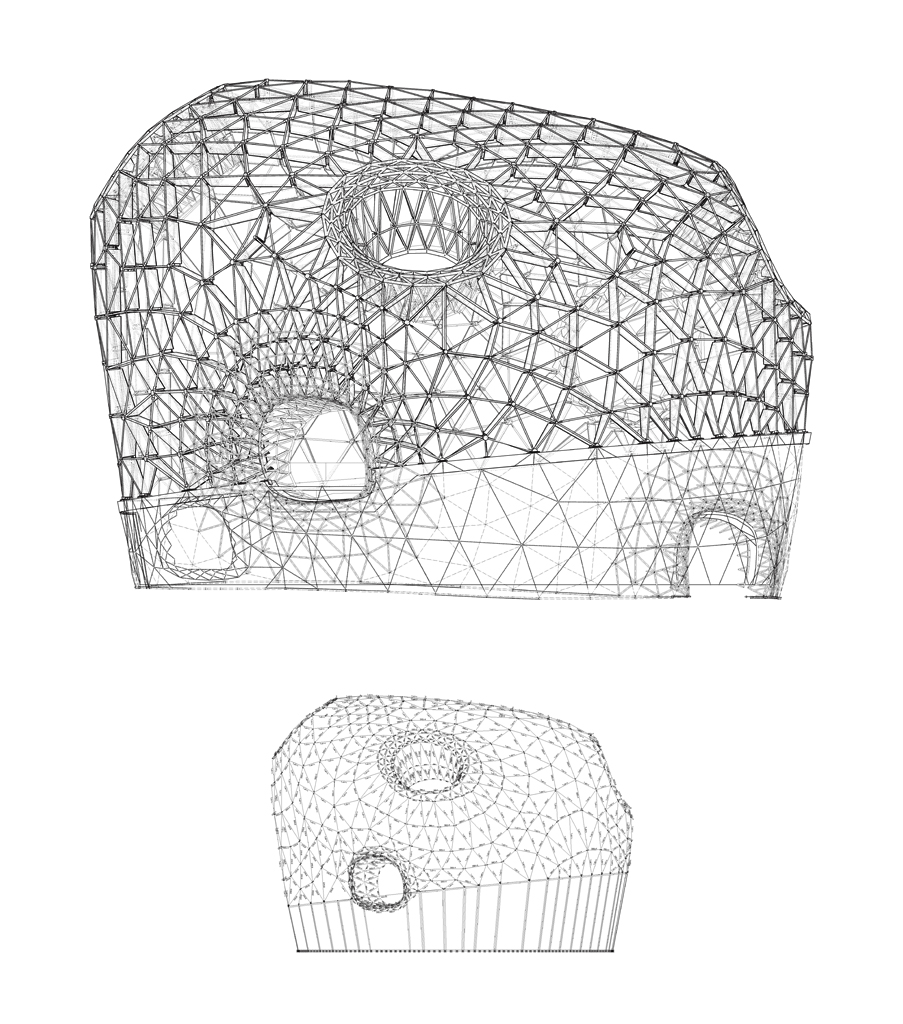 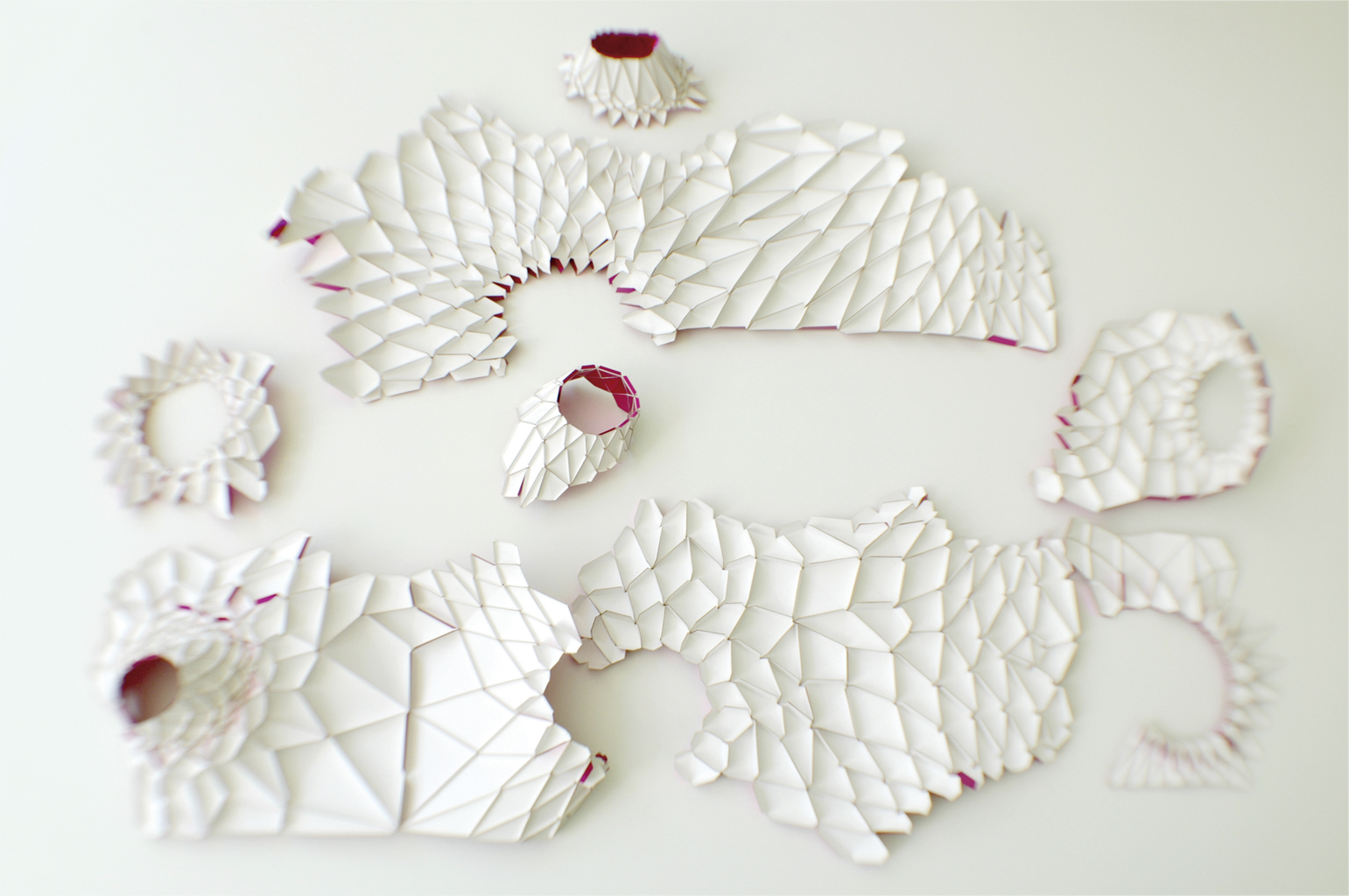 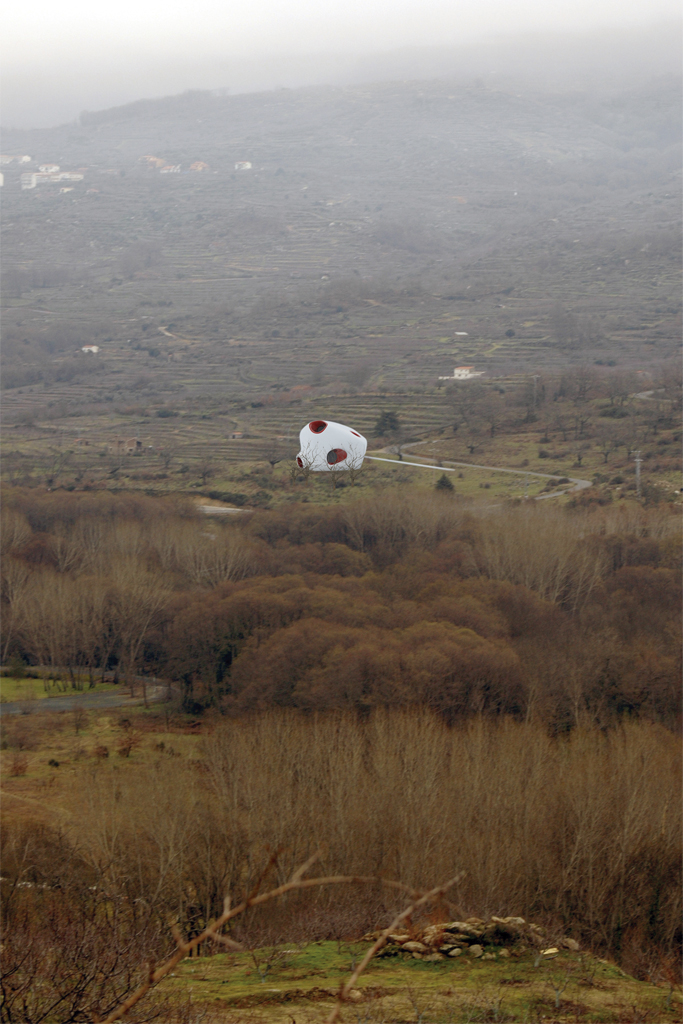 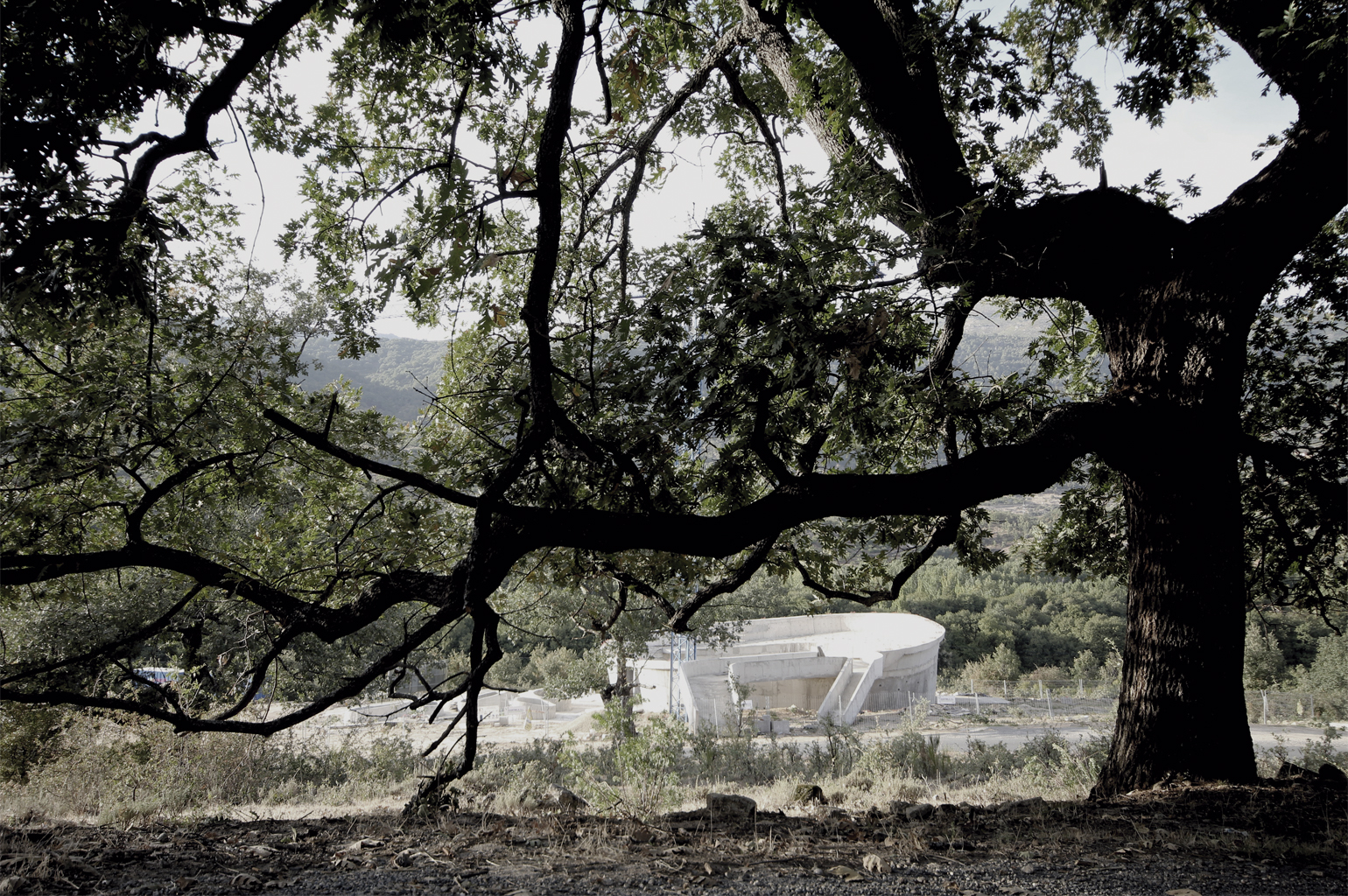 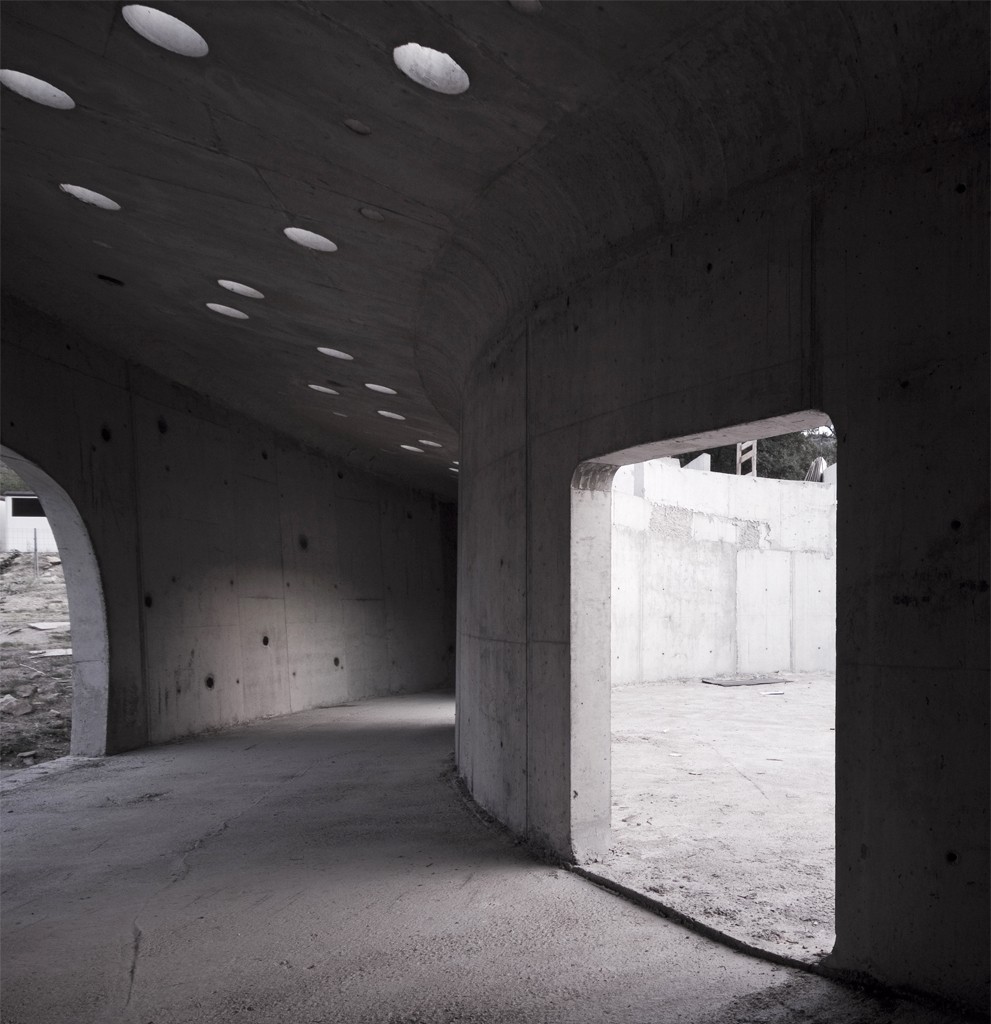 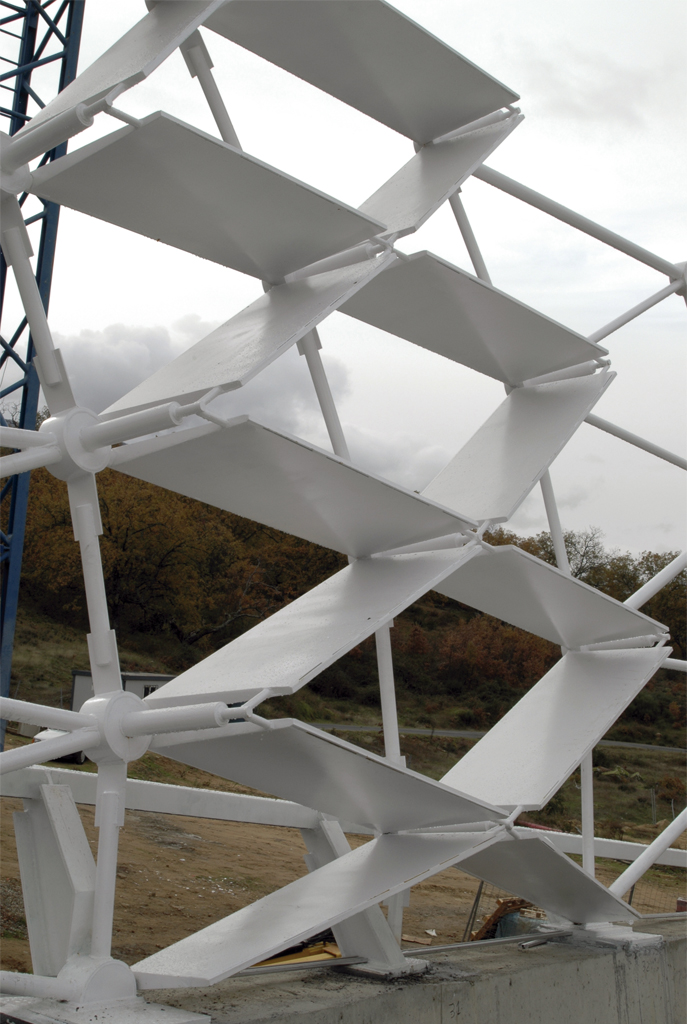 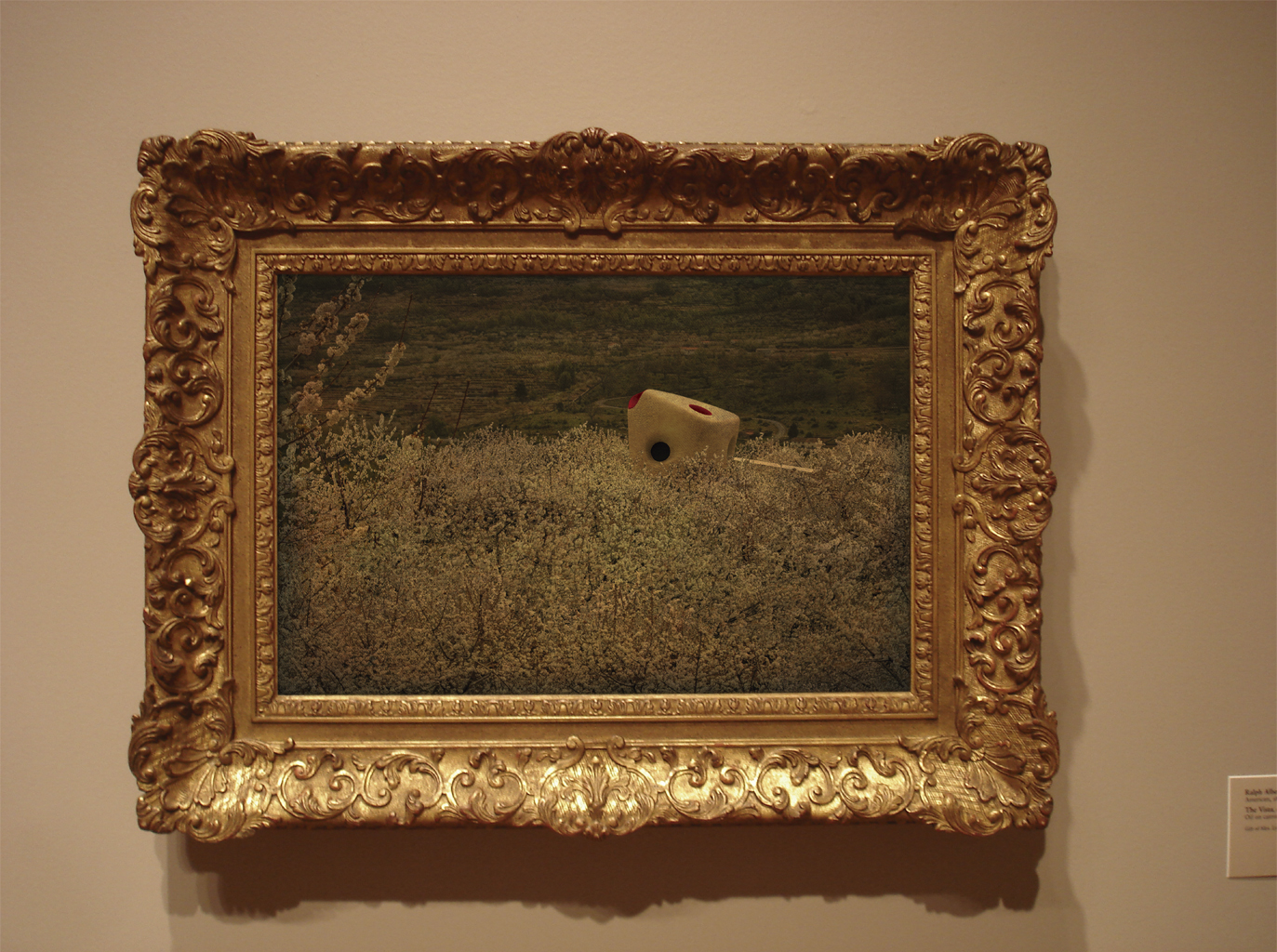