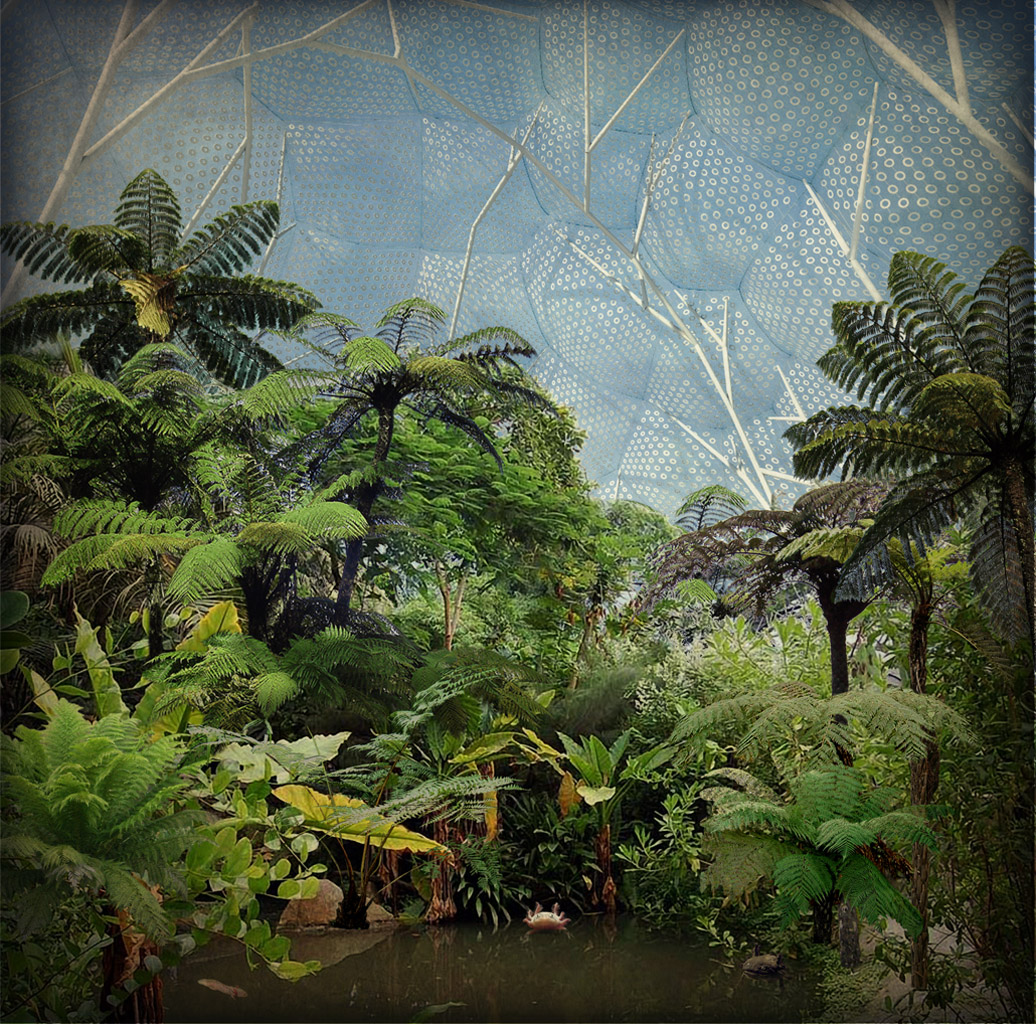 Our proposal for the Carboniferous Forest of the Museum of Energy starts from a recognition that existing typologies of greenhouses or nature interpretation centres are inadequate and anachronistic in relation to contemporary ideas about nature and environment. The classic typology of the greenhouse was defined in the eighteenth century to recreate an ecosystem and thus emulate the scientific voyages of exploration of that era. In the nineteenth century it developed further into a site of mass spectacle that offered visitors the experience of climatic and physical displacement (the direct and ecstatic experience of consumerism began in a greenhouse – Crystal Palace – as Peter Sloterdijk reminds us). Today, many interpretation centres related to nature have morphed into something too close to a theme park – or else have acquired a deadly dull pedagogical character and kitsch artificiality.
Our aim is to overcome these two pitfalls – heavy-handed didacticism and kitsch theming of nature – and instead to propose a virtual trip into the distant geological past of the Carboniferous Forest. To achieve this, it is necessary to review the nature of the interior spaces, their geometry, their visual appearance and their climate behaviour. Our proposal therefore calls for an assembly of living species and visitors that would generate an ecosystem in which appreciation of the indoor climate, substrate and topography are all part of the experience. The architecture here is based not on an imitation of nature, but on self-generated systems that produce a configuration whose geometry and appearance are consistent with the species contained.
We propose an underground crypt composed of a series of vaulted rooms in semi-darkness, dense and rich in natural associations, dotted locally by natural light, to prepare the visitor for entering the warm and humid atmosphere of the Carboniferous Forest. The main space of the forest itself is enclosed by a structure that responds to an arboreal geometry – a combination of ‘impure’ catenary systems geometry and a bifurcation system pre-compressed by the tension of the outer membrane. On the basis of an optimal structure obtained as anti-funicular arches, a system of branches starts in the main arches and reaches a homogeneously located series of points on the membrane. The geometry of the optimised structure is determined by means of graphic calculation and has a high degree of naturalness that alludes to the self-organised systems found in nature but does not attempt to visually emulate them. 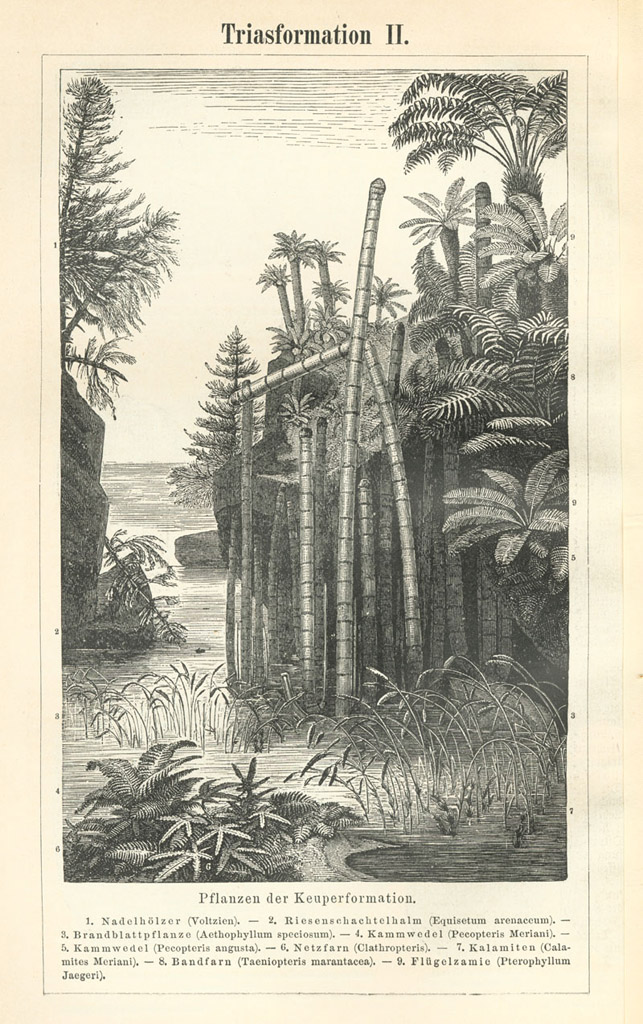 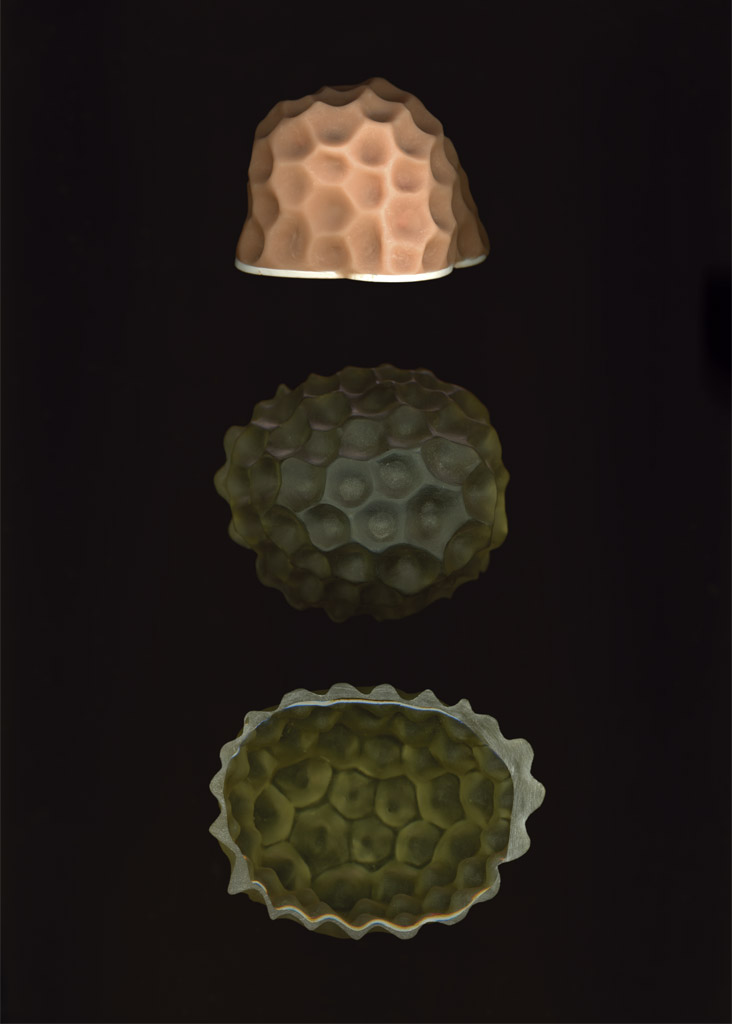 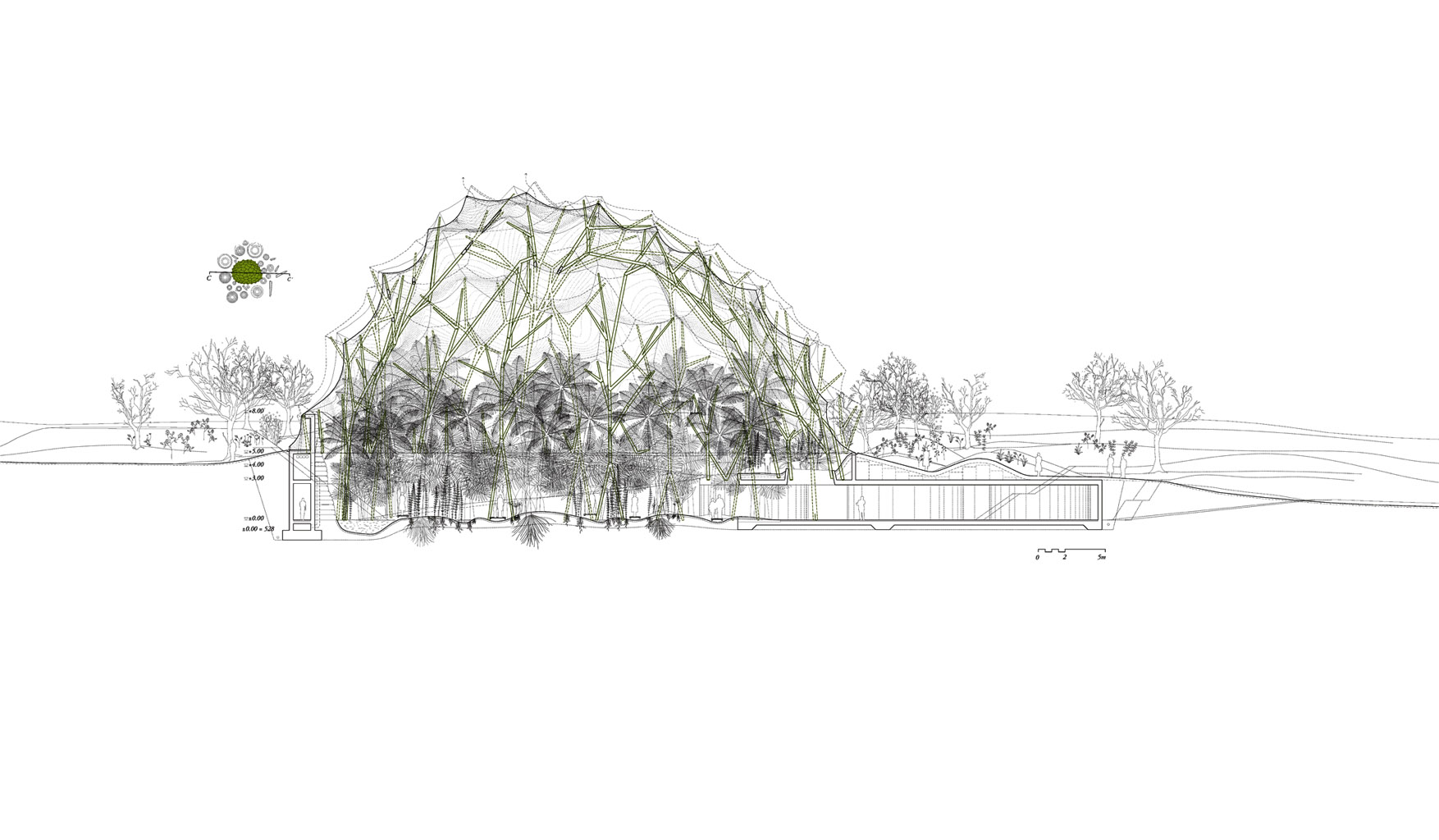 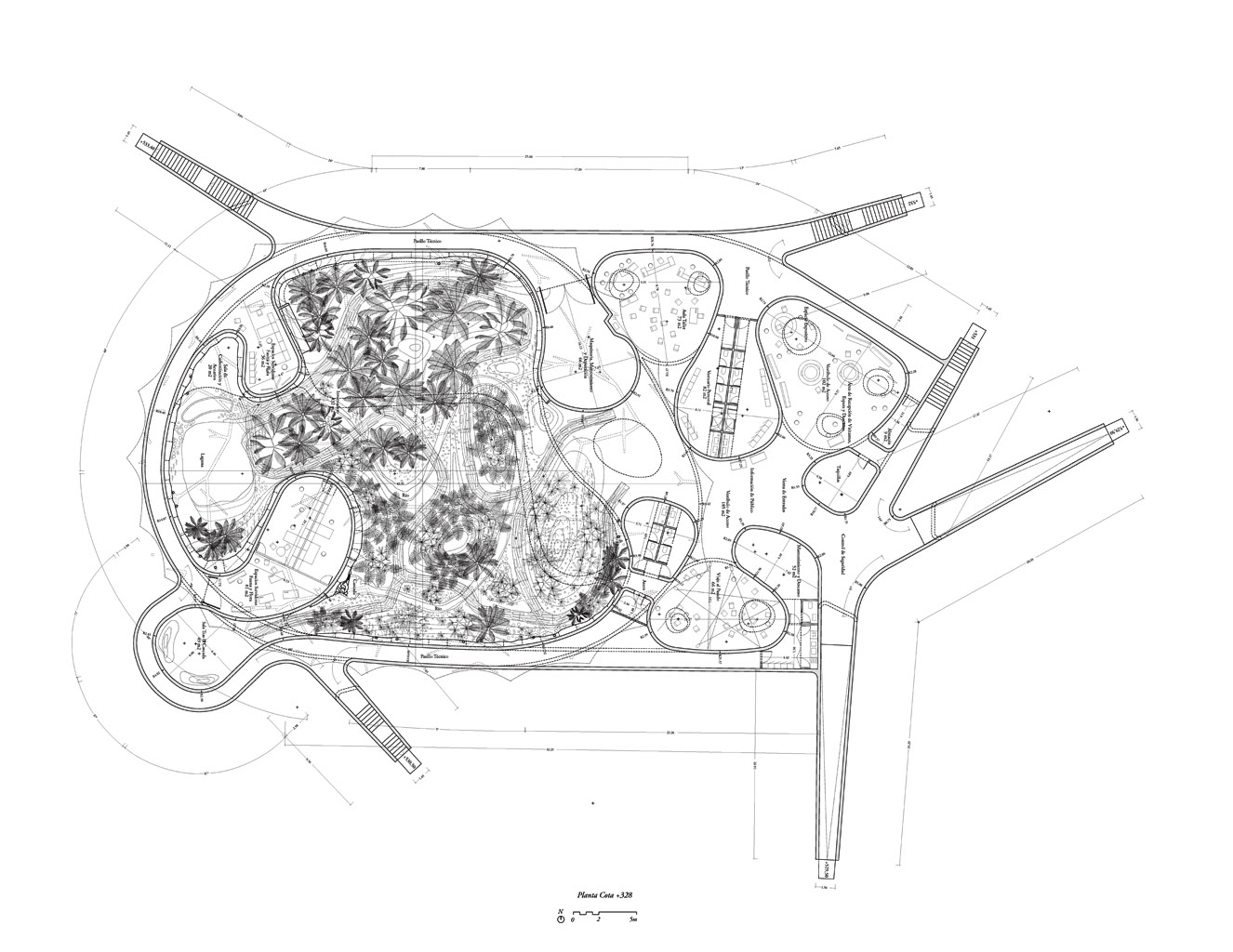 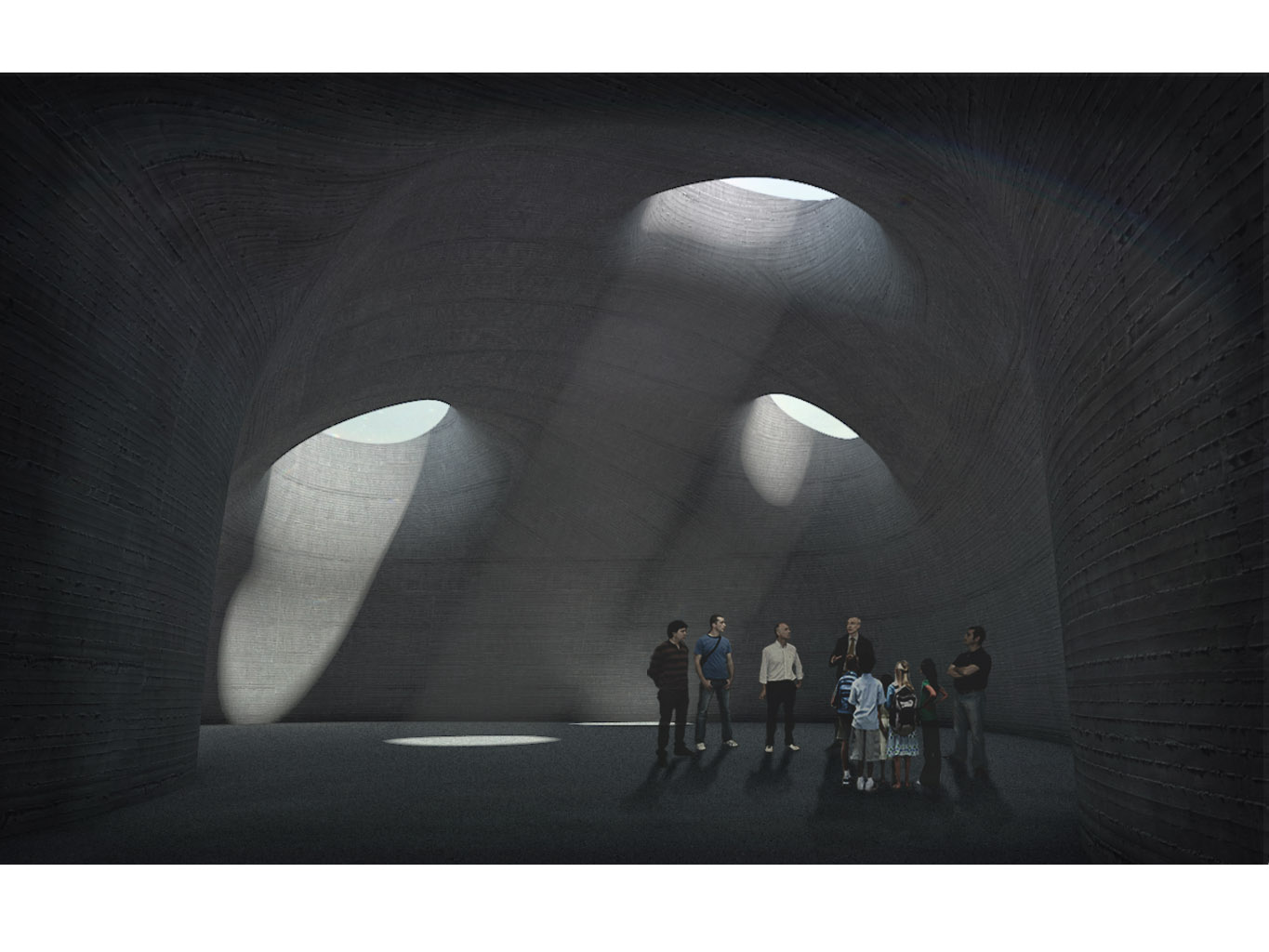 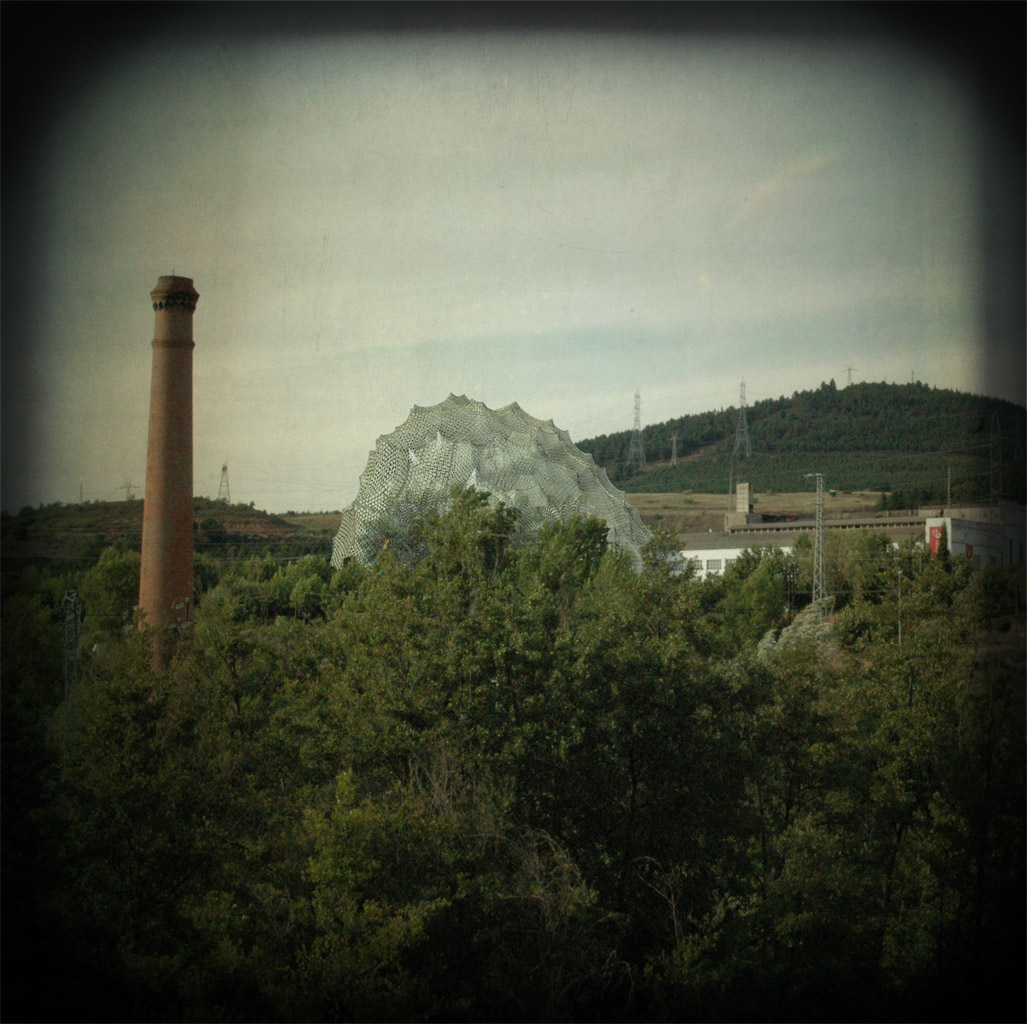