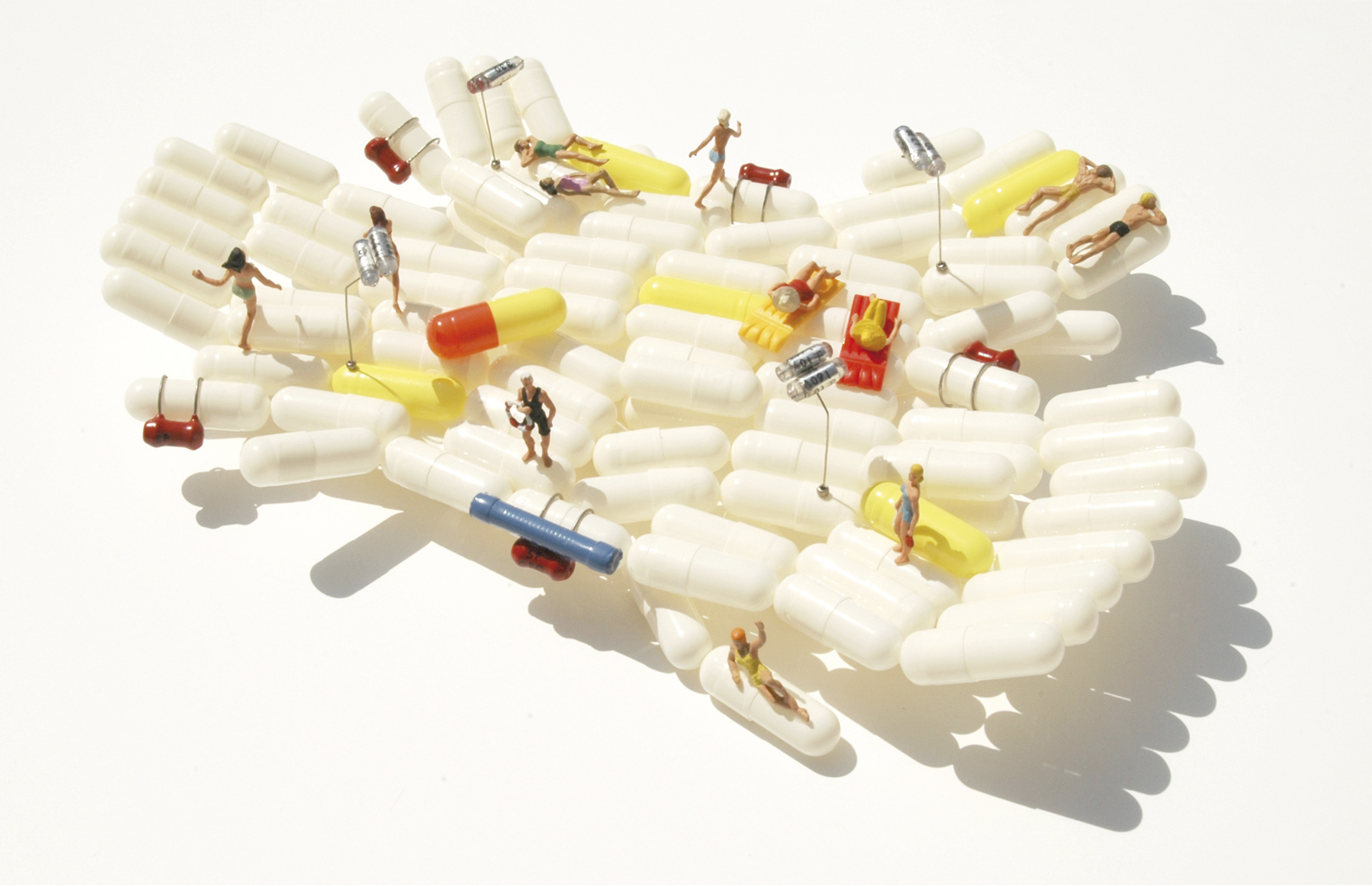 Bruges is a city under pressure both from its frozen, old-fashioned image and from the tourism this attracts. The project emerges as an opportunity to reactivate the city centre, focusing on the Reitjes, the small canals which once organised the city and gave it form, but which nowadays have a merely touristic and romantic image. We propose to gradually extend the network of waterways throughout the city, short-circuiting and reorganising the whole centre. This operation, to be completed by 2020, reaffirms the historic importance of the canals in the city. Floating through this extended network of canals will be four different artificial pieces, each conceived as a generator of physical pleasures and spatial conditions, evoking the sense of warmth, the sense of touch, or even the sense of shame.
Sweaters (Sun): Plastic clouds floating above the canals absorb, generate and emit artificial warmth and light, transforming the surrounding streets into air-conditioned public atmospheres. A system of radiant pipes defines their physical limits by the heat emitted. Solar collectors placed on the exterior cladding constantly warm the water and transmit heat to the interior. Sweaters are warm ambient chambers that you can experience naked, either standing up or burrowing down into cavities in the floor.
Suites (Sex): Floating gardens, covered with flowers, compose the conditioned image of the medieval centre, conforming to the regulations of urban beauty in Bruges. Their appearance is a combination of the city’s commonplaces: red flowers and geraniums combined inside a hydroponic structure. But concealed within each structure are three conditioned rooms – three white spaces that can be used by one to five people simultaneously. Seamless and continuous.
Warm floating carpet (Sand): Big floating heated platforms, constructed by an integrated system of UV-radiation, create hedonistic oases floating through the more private canals in the centre of the city. Serving as artificial beaches, relax-carpets or outdoor ballrooms, they import truly Mediterranean public spaces into the medieval city and turn its centre into the most visited beach in Belgium.
Thermal fishtank (Sea): Big thermal fish tanks drift on the water ring around the central and outer canals. These bathing bubbles are shaped by a double wall full of tropical fish, where the ambience is defined by the heat concentration of the liquids and the sensation of floating or diving between living, moving clouds of fishes. 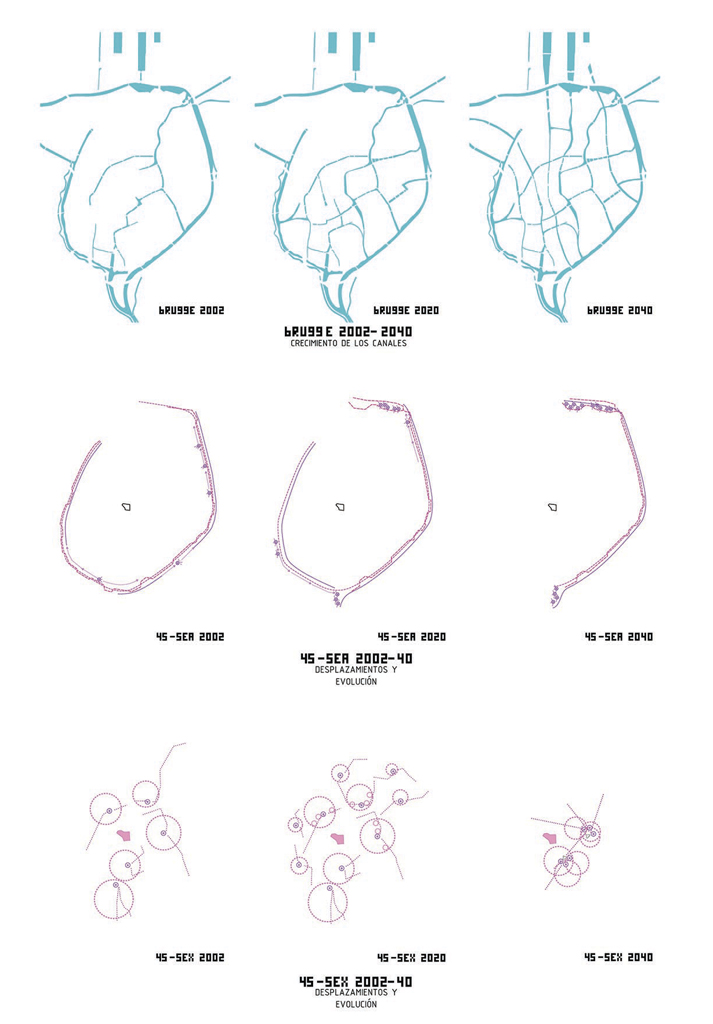 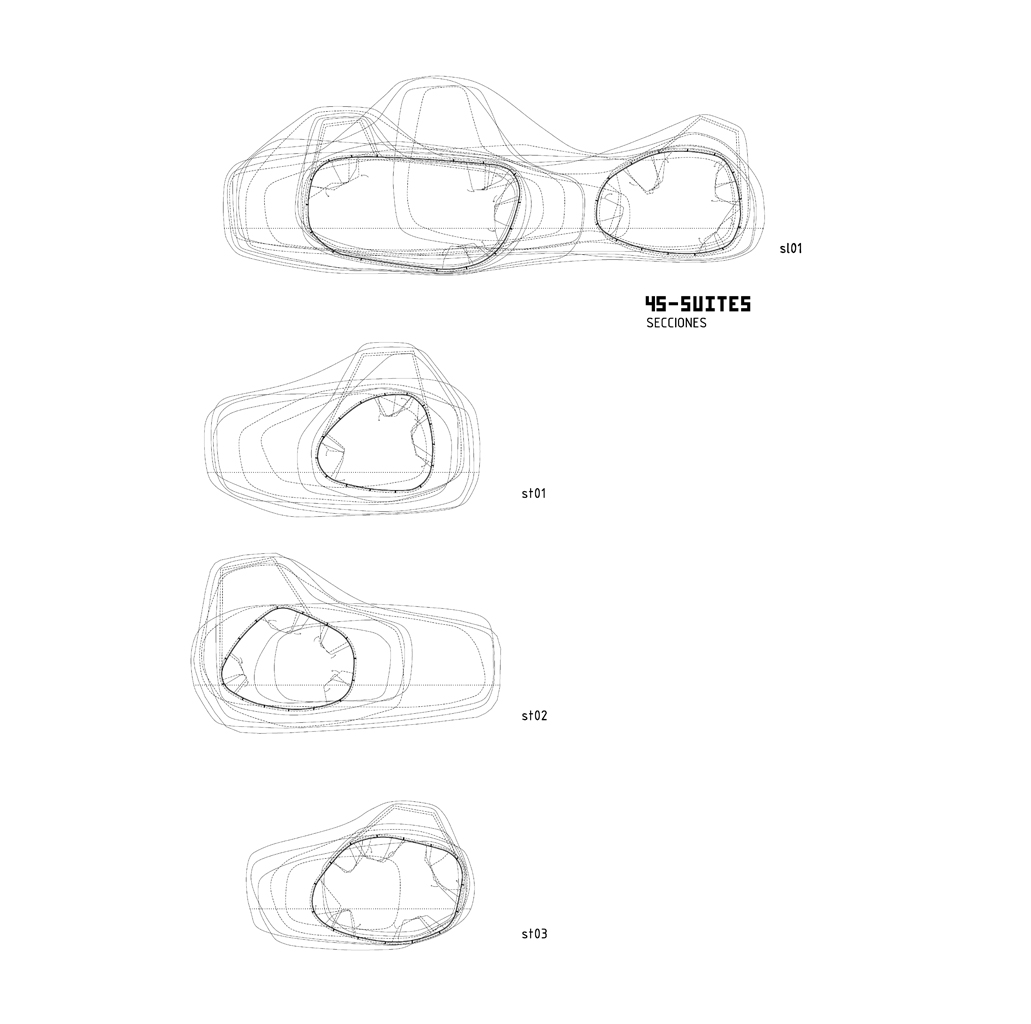 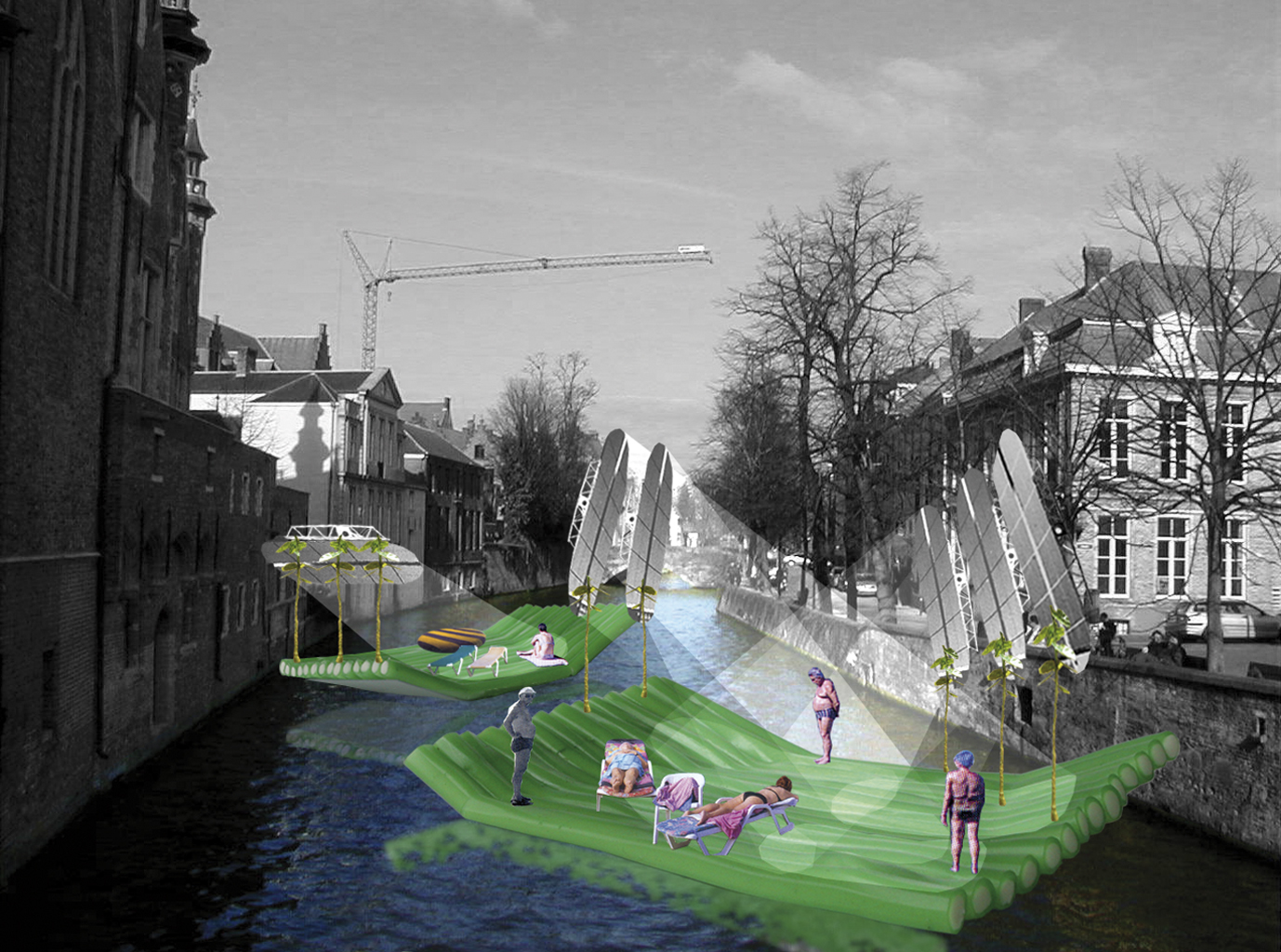